Bye, Hater! Kylie Jenner Hit Back At Troll Who Said She Looked Better Before Pregnancy

Kylie Jenner, the world's youngest billionaire, took a minute of her time last night to fire back at an online troll who insulted her body on Instagram.

They uploaded a picture of Kylie from a couple of years ago and captioned it, "Throwback to Kylie at the Sugar Factory opening in Las Vegas three years ago."

In the picture, the makeup mogul wore a stripe-patterned figure-hugging tube dress, slightly bending down to a baby so somebody could take their picture together. Her signature brunette locks were also seen.

While a few commenters praised her then-looks and her body that looked like a teenager, "Wow, she's so skinny here," another user said that "she was better" way before.

Kylie Jenner then went ahead and hopped into the Instagram comments to shut down the conversation, saying, "I birthed a baby."

When her comment went viral, a lot of social media users thought that it was a sad example of what celebrities have to deal with.

One person wrote that though it's all fun and games when you think out of millions of likes and comments, celebrities will notice the mean ones and comment on them.

Another commenter said, "It's no wonder people go and get surgery."

The youngest of the Kar-Jenner clan has notoriously been showing off her curvier figure on different social media websites, until after her post-pregnancy body.

When Stormi Webster was born, the YouTube star spoke openly about the insecurities she had on her body after giving birth in an episode of "Keeping Up With the Kardashians."

"Nothing in my closet fits me. I'm getting rid of stuff that I just feel like is never going to fit me," Kylie said, and added that she's sure she won't fit into a size 25 jeans ever again.

Aside from that, the reality star picked on her hips, saying that they have "spread" and knew that some people aren't going to understand why she looked that way.

"I will tell you this," said Kim Kardashian West, "Just wear two pairs of shape-wear and get out of the house."

The older sister advised that Kylie needed to get out of the house and just "roll with it," adding that she should be confident and do stuff that would make her feel good about herself.

That same year, the mother-of-one revealed that she gained a total of forty pounds during her pregnancy in a now-deleted question-and-answer time with her fans. 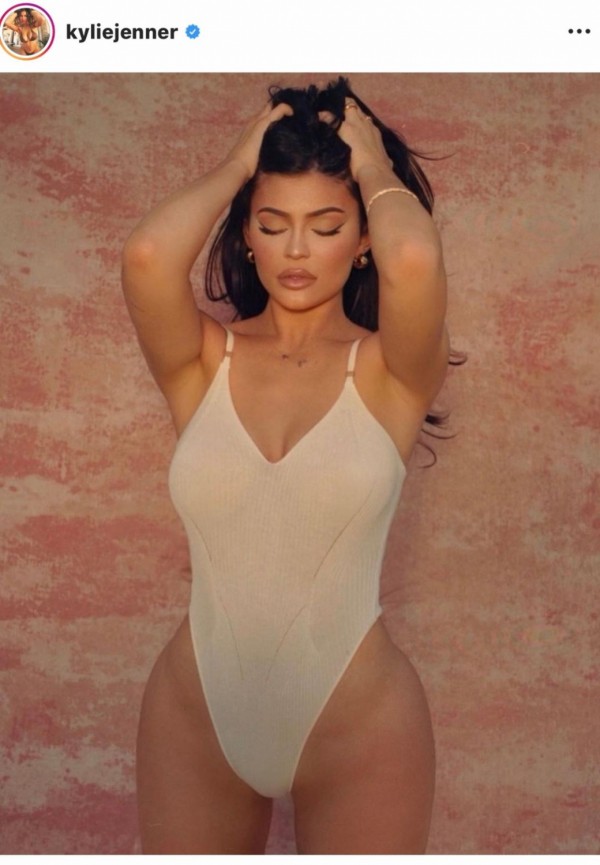 It wasn't long before the Lip Kit queen started posting photos showing off her body again, a month later, post-pregnancy.

Kylie Jenner showed off her post-baby body toned physique in a bikini, which she uploaded on her Instagram.

According to People Magazine, Kylie was determined to get back into shape because she really wanted to be a "hot young mom."

As per their insider, "Kylie is already starting to work out. She's focusing on getting her body back and also getting back to a comfortable weight aside from caring for Stormi."

Kylie Jenner's Friends Certain That Travis Scott Will Cheat On Her?

Kylie Jenner is reportedly pregnant with her second child and Travis Scott is the dad.

It seemed like Kylie Jenner had her mother, Kris, think for a moment after knowing she's having her second baby with Travis Scott.

Kylie Jenner is Still Trying to Hide She's Pregnant Despite 'Confirmation' - But Why?

While she never made the statement about her pregnancy herself, many news outlets already picked up on the rumor and actually confirmed it.

Everybody is happy and excited for Kylie Jenner, who is reported to be pregnant with her second child.

Reports recently circulated about Khloe Kardashian and Kris Jenner's mega mansion being constructed next to each other and Twitter users are accusing them of being insensitive.

Kylie Jenner and Travis Scott surprised their daughter Stormi Webster with a school bus this week, and while that sounds amazing - like something that can only happen to kids in movies, it does not bode well for many since the world is still presently combatting a virus.