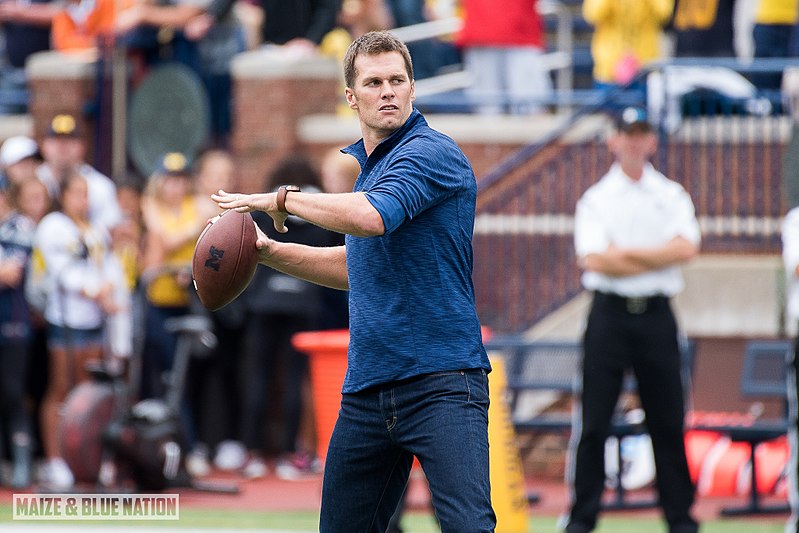 Tom Brady has been cited in Tampa Bay for breaking coronavirus quarantine protocols.

The NFL star was called out for working out in the public park that's currently closed to help prevent the spread of the coronavirus.

Tom Brady's apparent workout routine in his new city was cut short. The mayor of Tampa Bay Jane Castor revealed that the 42-year old quarterback broke government protocols set in place due to the coronavirus pandemic.

"You didn't hear this from me, but our parks are closed down, and so a lot of our park staff, they patrol around just to make sure that people aren't in there with contact sports and things," Castor told Rick Kriseman, the mayor of St. Petersburg, Florida during their conversation on Monday.

She added that it was a staff member -- who was present to secure the public facilities -- who called the athlete's attention.

"[A staff member]  saw an individual working out in one of our downtown parks and she went over to tell him it was closed, and it was Tom Brady," Mayor Castor added.

Although the mayor admitted that Brady was "cited," she did not specify if Brady was given a ticket or was simply issued a warning.

However, in the official Twitter account of the City of Tampa, a video clip was shared on Monday (April 21) with the caption: "Sorry @TomBrady! Our @tampaparksrec team can't wait to welcome you and our entire community back with even bigger smiles -- until then, stay safe and stay home as much as you can to help flatten the curve."

As much as everyone wanted to see their idol back in action, at this time, it is best for everyone to stay at home.

All the public parks in Tampa Bay will remain closed until the end of April.

While the world battles this health crisis, government leaders urge the public to remain in their houses. Staying indoors could not only help keep residents safe, but it could also help flatten the curve.

Hopefully, in the coming months, experts would be able to prevent the spread of the coronavirus.

Brady's public workout came a month after the football superstar signed with the Tampa Bay Buccaneers. He signed a two-year contract worth $50 million dollar, with every single penny of it guaranteed.

The agreement also came with a full no-trade clause, which means Brady can earn even more money through incentives. Though this may seem like good news for Tom, it might not be the same for Tampa Bay, as sports analysts said.

His big move to the Buccaneers came in as a last-minute surprise. While Brady is considered the best quarterback in NFL history, he is already way past his prime.

Before the big move, Brady had been playing for the New England Patriots for two decades. He started his colorful career with the team.

During his 20 seasons with the Patriots, he won six Super Bowl titles, marking his own history in the sport.

Tom Brady is the newest addition to the Buccaneers, giving the team some much-needed boost in their pursuit of a Super Bowl title. Now, the fans could not help but get excited about what Brady can do to the team.