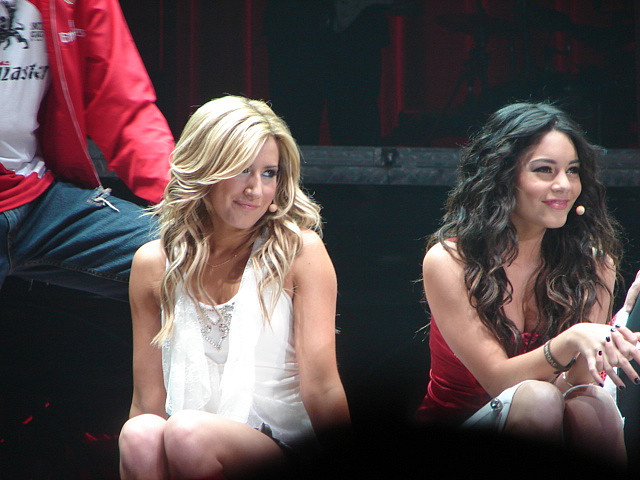 Did Zac Efron hurt Vanessa Hudgens for not singing with her during the "High School Musical" reunion? It would have been epic if he did, but Efron implied that he still cannot work alongside Hudgens with his actions and a source now finally reveals what Hudgens is thinking and feeling about that.

Fans were disappointed that Vanessa Hudgens and some of the epic teen musical  performed "We're All in this Together" without Zac Efron. It's not as if he was not on the special mini reunion, because he was!

He was part of the 17-second clip for the April 16 special but he did not put in the time to sing, which makes the whole thing bizarre and all the more heartbreaking for the fans.

He appeared to introduce Vanessa and the rest of the gang, calling them "some of my oldest friends - and some new ones" and calling people to remember that "we are all in this together." He could have joined Vanessa Hudgens, Ashley Tisdale, Corbin Bleu, Monique Coleman and Lucas Grabeel but he did not.

Was Vanessa Hudgens hurt? One source says not at all! Did she know and understand why Zac Efron acted like he could not perform with her? The source said yes but Hudgens is indifferent to the reason because she's just happy of what she was able to contribute to a good cause.

"Vanessa is proud of what she did with her High School Musical return, she really thought it was fun and for a good cause," an insider revealed to Hollywood Life. "Regardless of Zac not singing it is nothing she can control," the insider added.

The source said both of them had their reasons for wanting to be part of the special, and Hudgens cannot control the extent of participation that Efron wanted to put in. "She did it for her reasons and he did it for his reasons, she can't babysit others plans. She is proud to have done it and that's that," the insider also said.

Earlier, a source claimed to know why Efron avoided singing, telling Hollywood Life that it was a case of no longer wanting to rock the boat with Hudgens. The source revealed that Efron is still hurting from his "time with Vanessa" and if he was to work with her at a time like this, it would mean having to practice with her to make it perfect. That, he could not do.

The source added that although Efron would be eternally grateful for the show, he wanted to grow from that moment so he no longer dwell on it. "He is a completely different guy and wants to move on and that is why he did the introduction, mostly as a big favor to (HSM director) Kenny Ortega," the source explained.

The source even warned fans about expecting to hear Efron sing any of High School Musical songs one day, because they will just be disappointed. There is just way too much baggage." the source explained.

.@ZacEfron appeared on #DisneyFamilySingalong to introduce the star-studded rendition of "We're All in This Together," not performing himself due to being "Hunkered down in the middle of nowhere with patchy WiFi." pic.twitter.com/u8z55dEB1y — Pop Crave (@PopCraveMusic) April 17, 2020