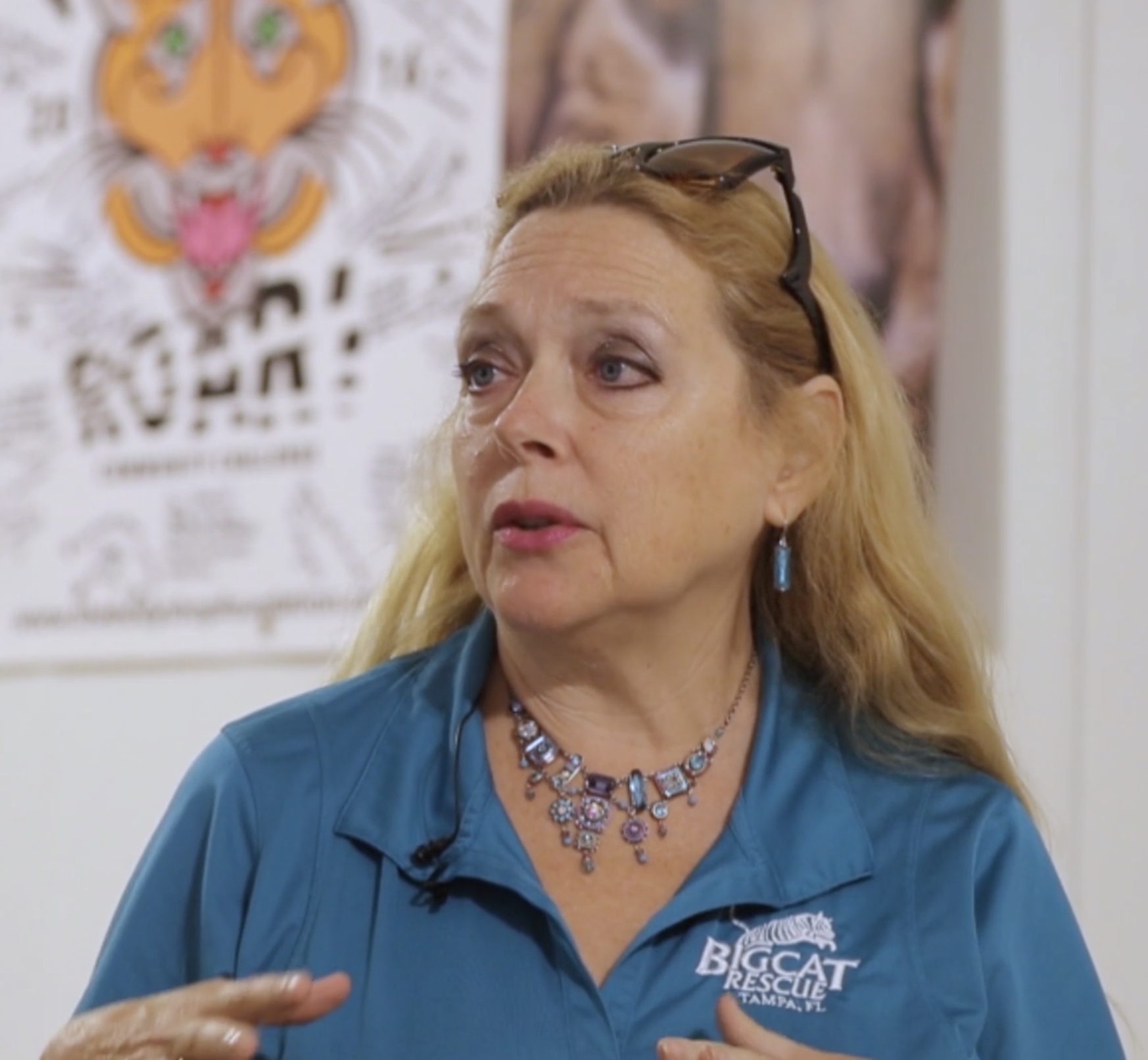 The famous Carole Baskin recently proved that she is more than just a gullible CEO, but also a personality who can take pranks and jokes lightly.

Over the weekend, the "Big Cat Rescue" CEO and one of the stars of the Netflix documentary series "Tiger King" fell victim into a prank video interview. It happens to be her first on-cam appearance after the streaming giant released the docu-series and became an instant sensation.

It turns out that two YouTube content creators tricked the 58-year-old wild cat enthusiast into taking part in a video interview with the famous Jimmy Fallon for "The Tonight Show."

British YouTubers Josh Pieters and Archie Manners released a 12-minute video detailing how they pretended to be bookers of the famous talk show, managed to contact Carole and convinced her to have a virtual interview over a video conference app.

At first, the nemesis of the "Tiger King" himself Joe Exotic refused to have an on-cam interview, but she eventually gave in after the duo prankster said that the host would only ask general questions about her organization and big cats --except the left and right accusations caused by the hit docu-series.

Pieters and Manners first explained to Carole why he would only be hearing the voice of Fallon instead of seeing him on-cam, and surprisingly, Carole agreed to answer his questions.

Using a remote taping forming at "The Tonight Show: Home Edition," the duo used a spliced audio of different clips from the show -- making it appear like Fallon is directly asking questions to Carole.

She was asked questions like how the zoo is coping up amid the coronavirus pandemic and her activities during the quarantine.

While the prank interview could have ended up hilariously, the pranksters gave Carole a chance to talk about her the Big Cat Safety Act -- a proposed law that she has been pushing, which aims to end wild animal abuse done by private owners.

"Unfortunately, due to the loss of tourism revenue, we had to let go of about half of our staff. Thankfully, all of our animal care is done by volunteers, so our animals are still getting their daily care," Carole said during the fake interview.

"After COVID-19, I just don't know if we're ever going to be able to do tours again," she added.

After Pieters and Manners released the prank video on May 3, it immediately went viral on social media platforms, drawing mixed reactions from the audience.

But it looks like Carole is only taking it lightly and does not have any hard feelings about the fake interview.

In a statement released to Entertainment Tonight, Carole said that she didn't feel violated on the said video prank and admitted she also had a good laugh watching it.

"I was suspicious as we were doing it because the questions appeared taped. But had no idea it would turn out to be such a fun prank. It gave us a very welcome good laugh," Carole said through a representative.

"I appreciate their cleverness and that they created their video in a way that I don't feel was in any way mean spirited."