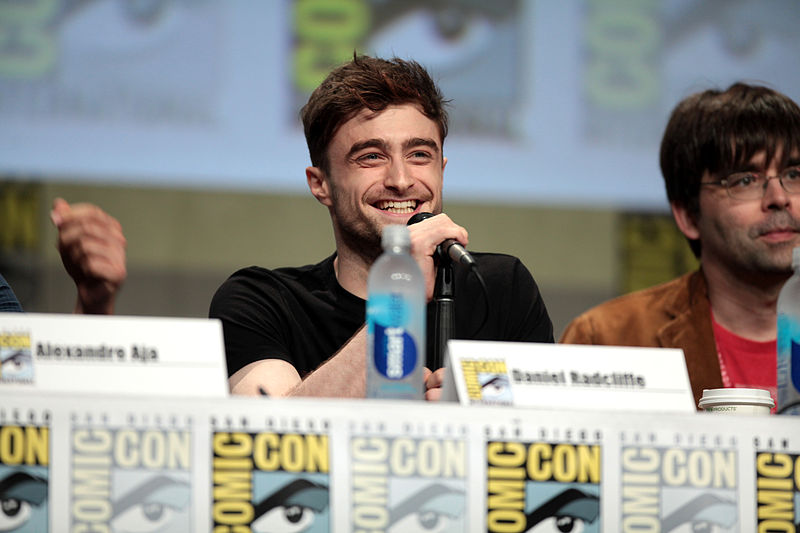 Daniel Radcliffe made the Twitter world stop when he read the first chapter of "Harry Potter and The Sorcerer's Stone".

The fans of the novel series are just so happy.

Daniel Radcliffe, the actor who played the title character of the novel series "Harry Potter," did exactly what his fans hoped for. He took it to social media to share a video of himself reading the first chapter of the book in the series.

Along with Eddie Redmayne, Dakota Fanning, and a few other celebrities, Radcliffe lent his voice for a good cause. Each actor read a chapter from "Harry Potter and The Sorcerer's Stone". It is the first in the series of the best-selling fantasy novel written by J.K. Rowling.

While all the actors were at home in quarantine due to the coronavirus pandemic, they were still able to extend a helping hand for a good cause.

Radcliffe kicked off the big online event by reading the first chapter entitled "The Boy Who Lived." He narrated the story of how the young Harry Potter was left on the doorstep of his uncle and aunt's home.

"Mr. and Mrs. Dursley, of number four, Privet Drive, were proud to say that they were perfectly normal, thank you very much," Daniel read.

Surprise! We've got a treat for you...From today, amazing friends of the Wizarding World are going to take turns reading Harry Potter book one.

And to start us off with Chapter 1, we think you'll agree we have the perfect narrator...️ #HarryPotterAtHome
https://t.co/w9K77akbou pic.twitter.com/Q03PmjeD5d — Wizarding World (@wizardingworld) May 5, 2020

For A Special Cause

Last month, J.K. Rowling herself revealed the big project on Twitter. The author expressed her excitement amid the lockdown. She was hopeful it would be able to bring everyone a little bit of comfort at the time of the pandemic.

"Parents, teachers, and carers working to keep children amused and interested while we're on lockdown might need a bit of magic, so I'm delighted to launch Harry Potter at Home," Rowling said on her announcement on Twitter.

Parents, teachers and carers working to keep children amused and interested while we're on lockdown might need a bit of magic, so I'm delighted to launch https://t.co/cPg0dZpexB pic.twitter.com/i0ZjTplVoU — J.K. Rowling (@jk_rowling) April 1, 2020

Rowling added that she hopes the project would provide everyone some much-needed distraction.

"I hope these initiatives will give children and even adults a happy distraction during their enforced stay-at-home time," she shared.

Fans also took it to social media to express their gratitude.

"Thank you, @wizardingworld! This is one of the best things related to Harry Potter that I ever saw. It was really emotional to see Dan on it. This is truly amazing!" one fan wrote.

Another supporter said, "Daniel reading Harry Potter is like the ultimate HP fangirl moment loved it so much, thank you! Can't wait to listen to the rest!"

Danielle Radcliffe reading "Harry Potter" is just the beginning. Other celebrities including David Beckham, Stephen Fry, Claudia Kim, and Noma Dumezweni are set to read a chapter of the novel, too.