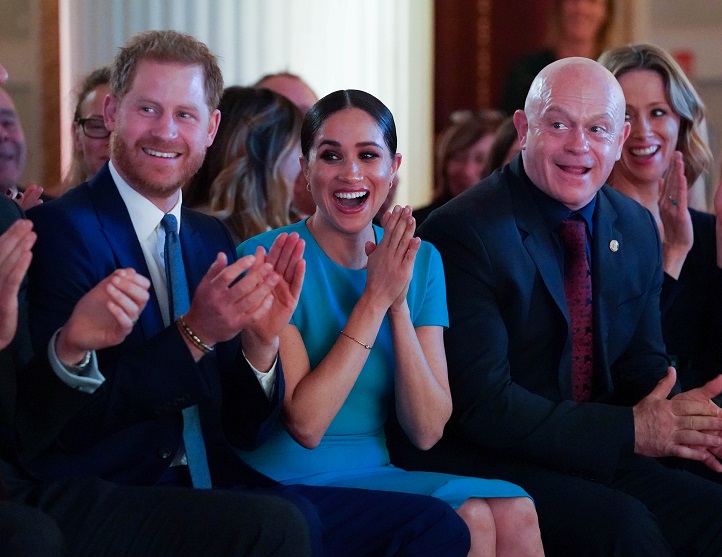 Prince Harry and Meghan Markle are about to get another spotlight in Hollywood as their royal exit will be given life through a movie.

On May 7, TVLine announced that Prince Harry and Meghan's life will be shown again with a third movie, tentatively titled "Harry & Meghan: Escaping The Palace."

The third film is currently under development, and it is expected to put on record the lives of the Duke and Duchess of Sussex before and after they made their infamous decision to step down as senior members of the royal family.

It will reportedly chronicle the royal couple's struggles when they were still in The Firm, specifically their story after Meghan gave birth to their now one-year-old son Archie.

"The movie details the struggles of the new parents and unique challenges of being part of the royal family, which ultimately led Harry and Meghan to give up their royal ties to forge a new life on their own terms," the official synopsis revealed.

TVLine did not mention any other details about casting or release date, which is likely due to the ongoing and worsening coronavirus pandemic.

What The Previous Films Divulged

In January 2018, the Lifetime Network announced the first movie of the trilogy titled "Harry & Meghan: A Royal Romance" -- just less than two months after the royal couple got engaged.

The TV network aired the 85-minute-long account on May 13, 2018, five days before their most-awaited royal wedding.

Parisa Fitz-Henley and Murray Fraser played Meghan and Harry, respectively, in the first biopic. They portrayed how the couple's relationship grew from their first date in 2016 until their engagement in November 2017.

However, the first installment showed some false dramatizations about Prince Harry being a party boy right before he met Meghan. The Duke of Sussex really went through a party boy phase, but it was long before he started seeing the Duchess.

To recall, Harry was only 17 years old when he spent one day in rehab right after he got caught for underage drinking. Aside from that, the then-teenage Prince made headlines across tabloid pages when he wore an inappropriate costume and when he was spotted naked in a hot tub in Las Vegas.

Meanwhile, the second movie started its story from the royal couple's wedding in May 2018 to the first few months of their lives being husband and wife.

The second film also went straight into the controversies surrounding Meghan before, during, and after her royal wedding to Prince Harry -- including the negative reports about the Duchess. One item even labeled Meghan as "Hurricane Meghan" and said that she regularly woke up "at 5 A.M., bombarding aides with texts and her eyebrow-raising fashion."