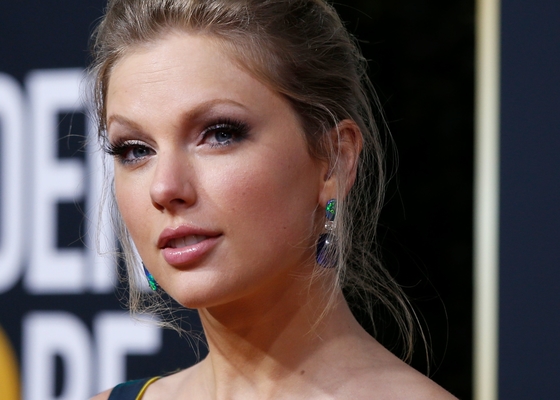 Taylor Swift has been on the down-low this lockdown period. But the 30-year-old singer likes to share a couple of pictures and short clips to her millions of fans.

She is currently spending the lockdown with her boyfriend of four years, Joe Alwyn.

On Thursday night, the Grammy Award-winning singer seemed to be practicing her baking skills as she's forced to stay indoors.

Taylor Swift took to Instagram to share the cinnamon rolls she created and jokingly captioned the picture, "When you're proud of your buns, so you post them on the internet."

The photo shows the cinnamon rolls slathered with icing on top in a baking pan and has nearly 1.5 million likes.

when you’re proud of your buns so you post them on the internet pic.twitter.com/4wPIi8mb5F — Taylor Swift (@taylorswift13) May 14, 2020

Ever since the lockdown was strictly imposed, the "Lover" hitmaker has been giving fans glimpses of what being quarantine looked like with her boyfriend and three cats on her social media accounts.

Recently, Taylor shared a photo of herself sipping on a glass of white wine while chilling out on her massive couch.

The "Look What You Made Me Do Singer" wore a cream knit sweater that has daisy embroideries and camel-toned loungewear.

She also showed off her natural blonde curls and makeup-free face, free from any blemishes, as she softly smirked in front of the camera.

Taylor Swift's British beau, Joe has always been tight-lipped when it comes to his personal life. But being under quarantine has made him open up and shared more about living with her.

Joe Alwyn posted a couple of pictures on his Instagram Story last Wednesday, which somehow details his life in quarantine with his extremely famous girlfriend.

The images show Taylor's cat, Benjamin Button. Another one showed a picture of him drinking coffee, which is believed to have captured by his girlfriend.

Other Things Taylor Swift Has Done This Lockdown

Taylor Swift shared some positivity during this lockdown period. The most recent one was sending an 11-year-old girl a special package.

Emerson Weber from South Dakota has been spending the last few weeks writing letters to mail carriers across the US to show gratitude for their hard work.

When the "Me!" singer found out about it, she sent the girl a handwritten letter and a wax sealof the number "13," which she can use to enclose her personal letters.

Ever since Katy Perry extended an olive branch to Taylor, they have reportedly reconnected once again and are trying to be in each other's lives as friends.

Because of that, fans are convinced that the two made some new music together and they will release it.

Early this week, Taylor posted a photo that generated a chain reaction of other Easter eggs, leading many Swifties to believe that she will be featured on Katy Perry's new single, "Daisies."

Though the single and the music video has already been released, Taylor was not featured.

Maybe Taylor Swift and Katy Perry will collaborate once the lockdown is over, or Katy finally gives birth to her first child with Orlando Bloom.