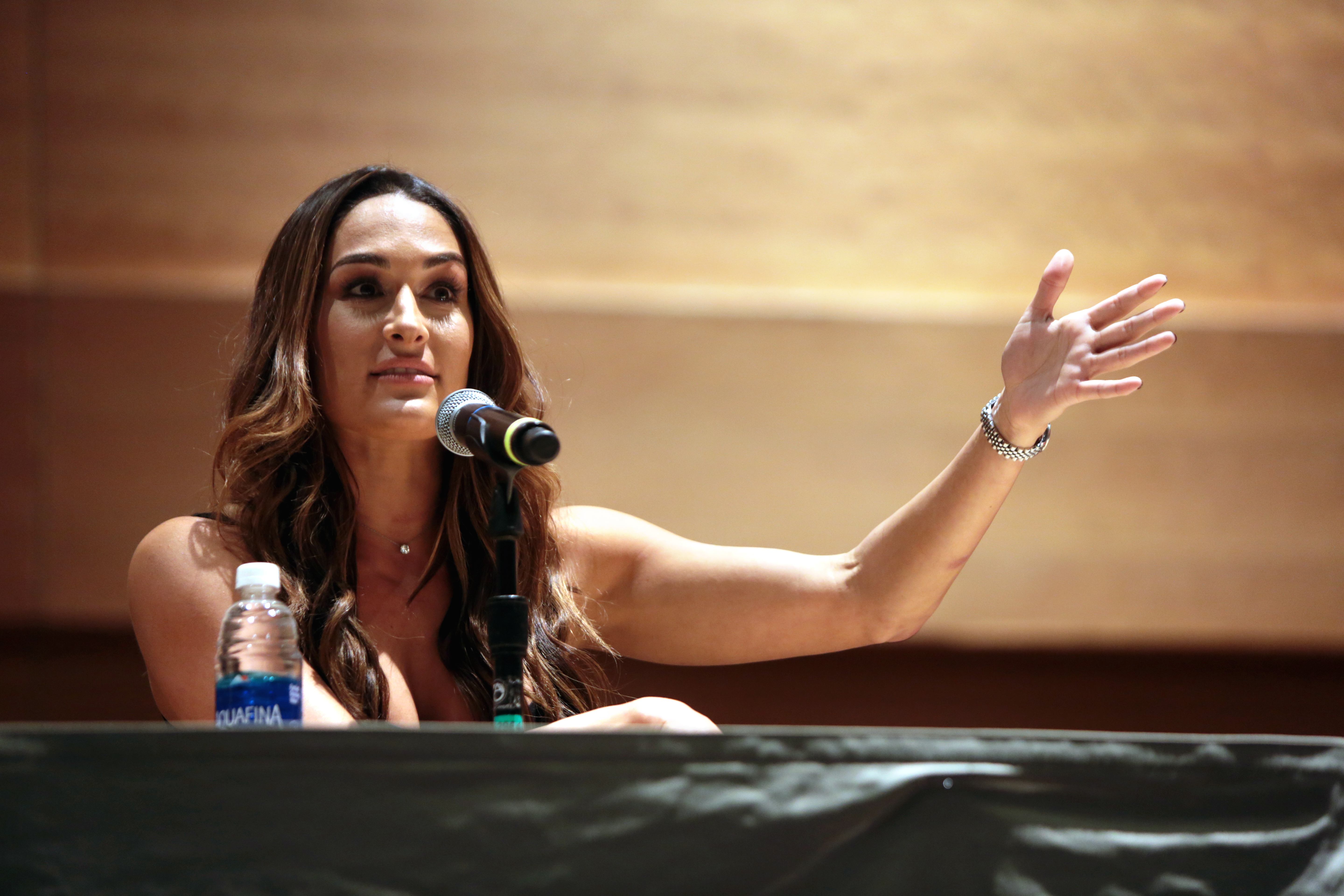 The quarantine period did not stop the Bella twins from giving their listeners more information about their pregnancies, and it even led them to share unfiltered details about their sex lives.

During the May 20 episode of their "Total Bellas" podcast, Nikki and Brie told their listeners and guests -- LadyGang members Keltie Knight, Becca Tobin, and Jac Vanek -- why they are lucky enough to have pregnancy sex.

According to Nikki, her sister Brie "gets more" pregnancy sex than she does since her fiance, Artem Chigvintsev, hesitates to be romantic with her during her 29th week of pregnancy.

Nikki then shared how she could relate to that, but once Artem feels her baby bump, "it is just like a boner crusher" for him.

"I make sure that he's, like, breathing really hard so he won't wake up because I'm too lazy to get out of bed. But I'm like, that's the only way I get some," the frustrated retired professional wrestler said.

Twins Due Dates Are Near!

Meanwhile, after they became busy talking about pregnancy sex, they also reminded themselves about their due-dates, which are fast-approaching.

Meanwhile, Nikki shared that she got the same feeling during her visit with her OBGYN.

After their appointments though, they realized how their babies look similar. According to Brie, she did not realize it until she saw Nikki's ultrasound pictures.

Aside from patiently waiting to know their baby's gender, Nikki and Artem are also pressured about the place where she could give birth -- Los Angeles or Phoenix.

"So, Brie and I have been debating because, as you all know, Artem lives in L.A. and I live in Phoenix. Well, we have our own houses there and we kind of go half and half, but Artem and I have been really torn," Nikki disclosed.

Currently, they want to have their baby in Los Angeles so they can live near Artem and be with him as he works.

On January 2020, Nikki announced that she and her former "Dancing With The Stars" partner got engaged in November 2019. However, they decided to announce it after New Year's Day.

"Excited for 2020 and the next decade with you @theartemc I said yes in France in November! We have been trying to keep it a secret but really wanted to share our excitement for the New Year!" she captioned her post on Instagram.