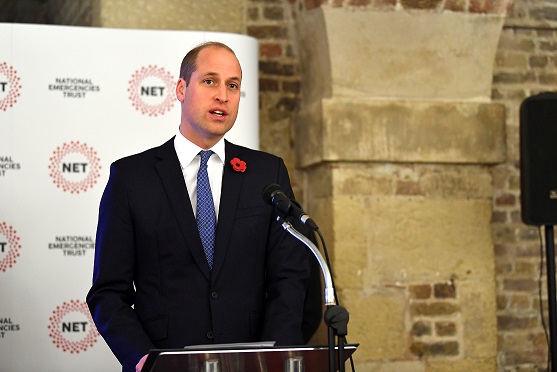 Prince William has opened up about the challenges of dealing with his children. The father of three revealed that even though he is a royal, he is still a normal parent who struggles to get his kids finish their dinner.

The members of the royal family are not exempted from the struggles of raising children. While they may look like they live perfect lives, royal parents Prince William and Kate Middleton have their share of parenting challenges, too.

The Duke of Cambridge revealed on Wednesday that their dinnertime scenario depends a lot on what is on the menu. The 37-year-old father shared details of their family life during his video call with PEEK Project, a charity known to provide hundreds of meals each day to families who have been greatly affected by the coronavirus pandemic.

"You'll know yourself - the hardest time is dinnertime," Farrelly said.

To which Prince William laughed in agreement. "It depends on what's on the table though Charlie, isn't it? And that's the thing. If parents put something on that children's love, dinnertime goes on very well."

Prince William added, "but if you put something on the table they don't want to do, that's another ball game."

View this post on Instagram
Taking a look inside the @Peek_Project food truck... • The Duke of Cambridge joined CEO Michaela and Community Chef Charlie to talk about the importance of delivering healthy and nutritious food to the families they support in Glasgow during lockdown. • Funds from the @National_Emergencies_Trust_ Coronavirus Appeal, through the partnership with Foundation Scotland, have enabled PEEK to respond to demand for hygiene and wellbeing packs, such as sanitary products and soap which are being provided alongside the food deliveries. • Visit the Royal Family YouTube page to see more as The Duke, Patron of the National Emergencies Trust, spoke with two Scottish beneficiaries from the #NETCoronavirusAppeal.A post shared by Duke and Duchess of Cambridge (@kensingtonroyal) on May 20, 2020 at 2:30pm PDT

Although he is in quarantine with his family in their home in Norfolk, England, the Duke of Cambridge and his wife have continued to perform their royal duties.

Prince William and Kate share three kids namely Prince George, 6, Princess Charlotte, 5, and Prince Louis, 2. The couple has been very open about their lives while in quarantine. In fact, royal experts admit that the revelations William and Kate have shared about their family make them even more relatable to the public.

Their sincere honesty has somehow bridged the gap between the royals and the commoners. Their dinnertime struggle is definitely one fact that every parent could relate to.

Prince William is set to be the future king of the British monarchy, and it looks like he has been preparing for this role all his life.

The Duke and Duchess of Cambridge have championed in keeping the nation's spirits up amid the coronavirus pandemic. They have stepped up their game and became the face of the monarchy while the older members of the royal family continue to be in self-isolation.

In his most recent interview for a BBC One documentary exclusive, Prince William admitted that the ride to being the future leader of the monarchy won't be an easy one. He then noted one of the biggest challenges he faces as king: modernizing the royal family

"I think the royal family has to modernize and develop as it goes along. It has to stay relevant," Prince William said to Nicholas Witchell of the Radio Times.  "That's the challenge for me."

However, it is worth noting that recent events have shown the lengths he is willing to go in order to establish a relationship between the monarchy and the world.

Both Prince William and Kate Middleton have utilized video calls to speak to various people and institutions. Apart from the inspiring messages of gratitude and strength, the couple has also taken the calls as an opportunity to move their vision forward.

In the future, Prince William remains hopeful that he would be able to create a path that will truly connect the monarchy to the people.