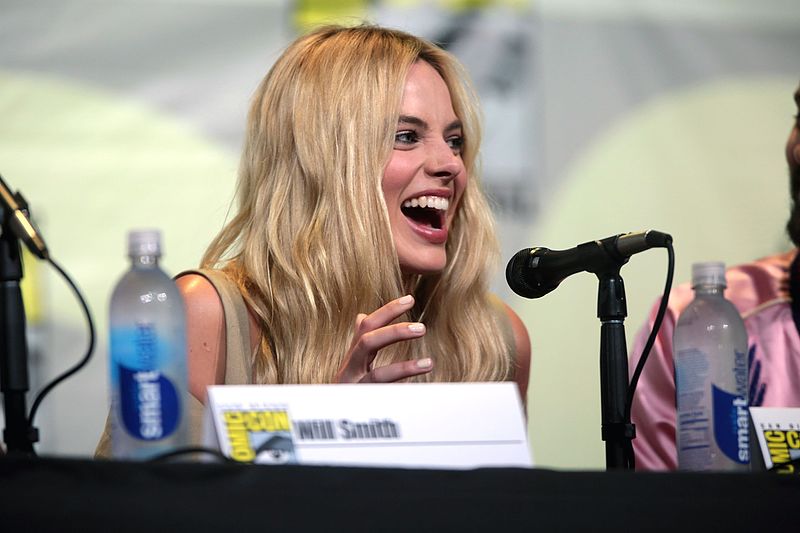 Margot Robbie and Scarlett Johansson are reportedly feuding. The two blondes are allegedly hard at the battle over one very iconic role, and neither is wanting to give way to the other.

The role is Tinkerbell.

Scarlett and Margot may have the same hair color, but the similarities stop there. Johansson has been in the industry for years, but this does not mean she's a better actress. Margot Robbie started at a small screen and became a household name when she appeared on several hit blockbuster films.

That said, they are both equally good actresses. According to Star, this is why they are presently fighting each other. Both are wanting to showcase their acting skills in the upcoming Disney film "Peter Pan and Wendy," but of course, only one between them can get the role each of them has been wanting - Tinkerbell.

Sources claim that the battle is no joke and it fact getting ugly.

"Margot's the hot favourite, but that hasn't stopped Scarlett from pitching herself hard," an insider revealed to the American publication. "She thinks she's perfect for the job and won't give it to Margot without a fight."

This is not the first time that two have gone against each other for a role, though. With their semblance of each other and high-caliber acting, it is not surprising that they are often the contenders for certain roles or applicants of the same job.

Between Scarlett Johansson and Margot Robbie, both can certainly hold their own.

Recently, Robbie revealed the poignant moment where she realized that she is finally successful in Hollywood. Speaking on a Facebook live stream as she made a virtual visit to the Queensland Children's hospital, she shared that she only realized that she has penetrated Hollywood and now a big star when she saw her giant billboard in Times Square in New York.

She first rose to fame in her hometown, which is in Australia. Her first show was for the Channel 10 soap opera, "Neighbors."

Between 2008 and 2011, she played the role of Donna Freedman. Making it in Hollywood was not easy.

When her Australian show was wrapped up, she went to the US and was given a break in the ABC Drama Pan Am. Unfortunately, the show was canceled just after one season.

She persevered though and landed her biggest break in 2013 when she was given the chance to star opposite Leonardo DiCaprio in "The Wolf of Wall Street."

She now has her iconic roles in "Suicide Squad' and "Bombshell" under her belt. AT the same time, apart from being a big Hollywood star, she is aslo a producer. She and her husband own a production company called LuckyChap.

Meanwhile, Scarlett Johansson no longer requires an introduction. Many know her portfolio of work. Most recently, she has been cast to play the lead character in "Black Widow." She also told Parade that people would not be disappointed with how much heavier this movie is compared to other movies in the Marvel Cinematic Universe.