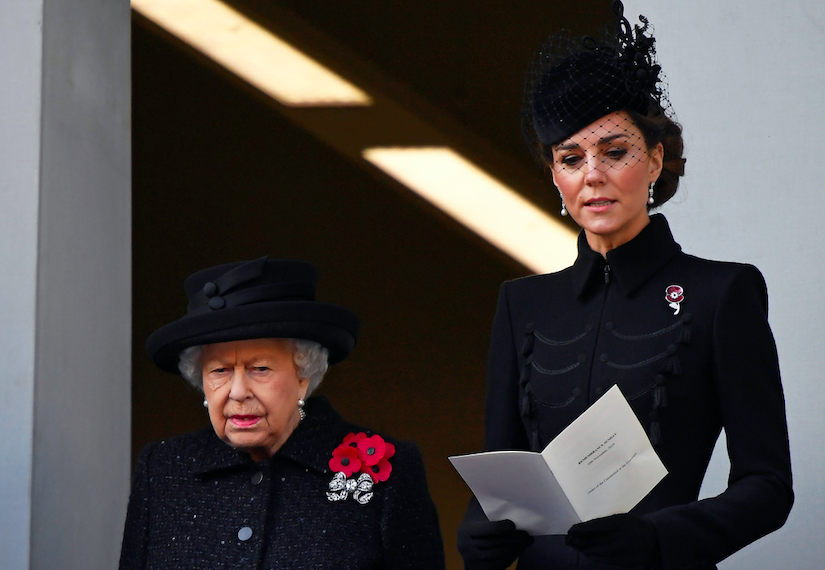 Since Meghan Markle and Prince Harry officially left royal family, Prince William and Kate Middleton have stepped up and have had the opportunity to lead the monarchy through the coronaviris crisis.

The Duke and Duchess of Cambridge have carried out various royal duties virtually despite the intense pressure to remain a symbol of stability in these devastating and unprecedented times.

Over the years, the 38-year-old royal mom has familiarized herself with the ins and outs of the monarchy and has proven herself to be the perfect fit to be the future queen.

After being married to Prince William in 2011, Kate has managed to develop a good rapport with Queen Elizabeth II, as well as the Duke and Duchess of Cornwall.

Now, in an interview with Express UK, a body language expert pointed out that the mother-of-three has shown a confident and more relaxed behavior as compared to her first engagement with the Queen, where it was evident that she was nervous.

"Her first outings with the Queen showed some clear signals of anxiety and tension from Kate in between the smiles and moments of conversation, resulting in some rather rigid poses and tense facial expressions," body language expert Judi James explained to the news outlet.

She added how the Cambridge mom looked glamorous in all engagements despite being "self-conscious" to stick to royal protocol.

As Kate slowly transitioned herself to become one of the most hardworking senior royals, it was reported that she won the heart of the Queen by sticking to tradition and taking tips from the 94-year-old monarch.

"Kate was always a slow but steady integrator into the royal firm. Her slightly traditional approach, making very few if any ripples in continuity, does seem to have resonated with the Queen, who increasingly appears to treat her as a friend as well as a daughter-in-law," the body language expert added.

Meanwhile, Tatler Magazine pointed out the changes and how the Duchess of Cambridge has been preparing herself for the day when her husband becomes the new King of England.

"She models herself on the Queen and now speaks like the Queen," a royal insider told Tatler's Anna Pasternak.

The source also explained how the royal mom played it safe and avoids anything that will cause disruption in the monarchy.

"I've spent quite a lot of time around Kate, and she is impenetrable. There is nothing to like or dislike."

At the onset of the pandemic, Prince William and Kate left Apartment 1A at Kensington Palace and transferred to their private residence which was gifted by the Queen during their wedding.

The Duke and Duchess of Cambridges are currently isolating alongside three children Prince George, Princess Charlotte, and Prince Louis in their Gregorian country house in Anmer Hall, Norfolk.