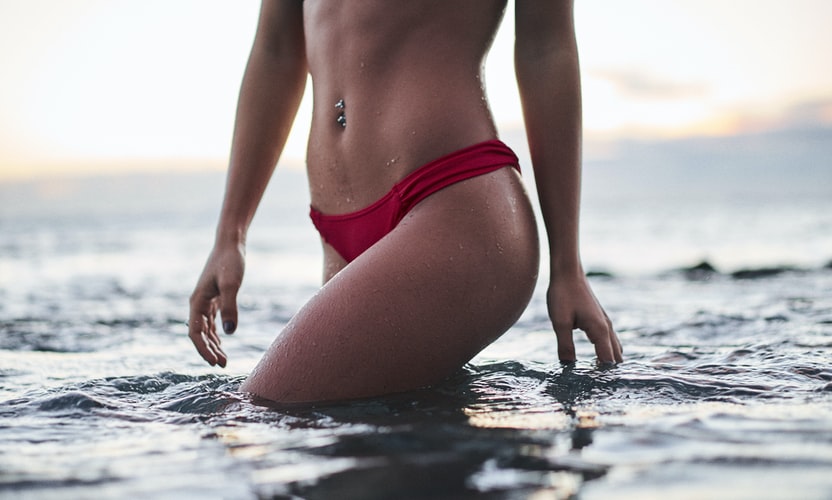 Emily Ratajkowski definitely sizzled as she explored a river in her string bikini.

Her update on Tuesday made her 26.4 million followers feel blessed with her amazingly toned body.

In her most recent post, Ratajkowski was joined by her husband Sebastian Bear-McClard and their beloved dog Colombo as she explored a river. The first photo featured Emily wearing a two-piece rust-colored string bikini -- leaving very little to the imagination.

The photo highlighted EmRata's amazingly sculpted abs while her baseball cap made her look all sporty. The second photo was all about their dog Colombo.

The last one, however, was a reminder for everyone that the UK-born model is already married to a very lucky man.

In the caption, she wrote, "Adventurin."

The post has since garnered more than 1.5 million likes and a hefty number of compliments.

Her fans may have a hard time putting their compliments into words. Several supporters posted heart smiley emojis. Others left a string of fire emojis to emphasize how hot Emily looked.

One commenter wrote, "Immediately put the bag of chips down." The comment itself has received 500 likes. Perhaps most would agree after seeing Emily's bikini-ready body.

"They are so cute!!" another fan wrote

The 28-year old supermodel got everyone's attention for the first time when she was featured in the video "Blurred Lines" by Robin Thicke. The "Inamorata" founder has since made fans enjoy her Instagram feed with the latest and sexiest of her photos all posted for their consumption.

The young entrepreneur kicked off her swim and lingerie brand in 2017. The idea for her now amazingly huge empire came as a revenge project after being honestly sick of the small income she has been getting from modeling other brands.

In her recent interview with "GQ" magazine, Emily Ratajkowski revealed what motivated her to strip down as a model.

"Modeling was an amazing way to make money and gain stability; fame came with that and it was a bizarre thing," Emily said.

She went on to reveal how she used her slim figure to get to where she is today. Emily said it was one way to earn cash when she was just starting as a model.

"I think, for me, the way I use my image and as a model and capitalize off of it has been very much about survival, rather than a representation of who I am."

Ratajkowski has risen to fame and established a name for herself. While she continues to receive negative commentaries about her personal life, she has learned not to give in to the temptation of getting involved in the nasty comments.

Today, Emily has earned a number of celebrity followers, including Selena Gomez, Miley Cyrus, and Bella Thorne. It looks like she caught the attention of "Wonder Woman" star Gal Gadot, too.

Ratajkowski is happily married and enjoying her sweet time managing her business. Her post on Memorial Day weekend only proves that her marriage with producer husband Sebastian is not "settling" at all. Their rock-solid marriage is filled with love.