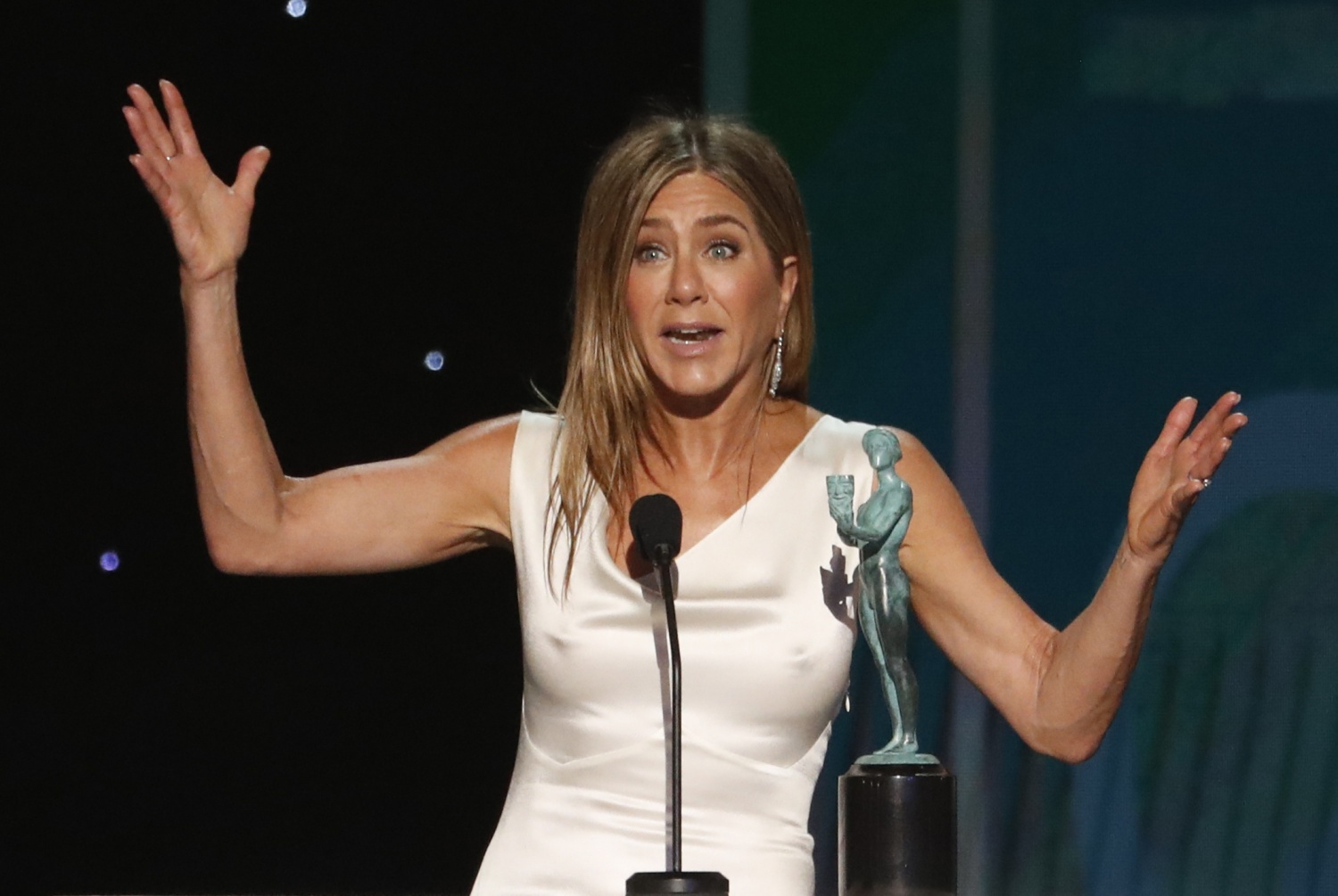 There was once a time when Jennifer Aniston had to basically tell Angelina Jolie to STOP it with the remarks on her love affair with her ex-husband, Brad Pitt.

The former "Friends" star complained that the "Maleficent" actress had gone too far in outlining the exact timeline of her relationship with Brad. At the same time, they worked together on the production of their movie, "Mr. & Mrs. Smith."

In a Vogue interview from 2008, Jen revealed, "There was stuff printed that was definitely from a time when I was unaware that it was happening."

"I felt those details were a little too inappropriate to discuss," she continued, "That stuff about how she couldn't wait to get to work every day? That was really uncool."

In the same article, it confirmed what Jen had been feeling about her ex-husband and Angelina.

The article stated, "What really rankled Aniston about the piece was that Jolie felt the need to recount a detailed timeline of exactly how her relationship developed on the set."

In another interview in 2006, Jennifer Aniston looked back at the only time she met Angelina Jolie on the set of "Friends."

"It was on a lot of 'Friends' - I pulled over and introduced myself. I said, 'Brad is so excited about working with you. I hope you guys have a really good time.'"

But when the former couple finalized their divorce, Jennifer Aniston insisted that theirs wasn't "as messy" as the tabloids claimed.

"In the end, we really had an amicable split. It wasn't mean and hateful, and all of this stuff that they tried to create about Brad can't talk to Jen, and Jen can't talk to Brad because this person won't allow it."

When they separated, Jen shared that she and Brad a long conversation with each other and said a lot of things while remaining warm and respectful towards one another.

Since they divorce, they reportedly even talk from time to time, exchanging hellos and sending loves and wishing you wells and congratulations.

Jen revealed, "I have nothing but absolute admiration for him, and I'm proud of him. I think he's really done some amazing things."

By 2017, cracks started to show on their marriage when the couple was on a "make or break" luxury break.

Four days after Jen's 49th birthday on February 15, 2018, Jen and Justin announced that their marriage was over.

Their statement said that the decision to end it was "mutual and lovingly made at the end of last year."

Though they said that they remained friends, it was also reported that Justin was devastated after seeing that Jennifer Aniston kept the love notes that were written to her by Brad Pitt.

The cute posts its were from the time they were dating up to they were married. It included notes of "you looked nice tonight" and "miss you already."

According to a source, it has been claimed that despite the "Friends With Money" actress assured her then-husband that it was nothing, the impact on that on their marriage was huge, and Justin wasn't thrilled.