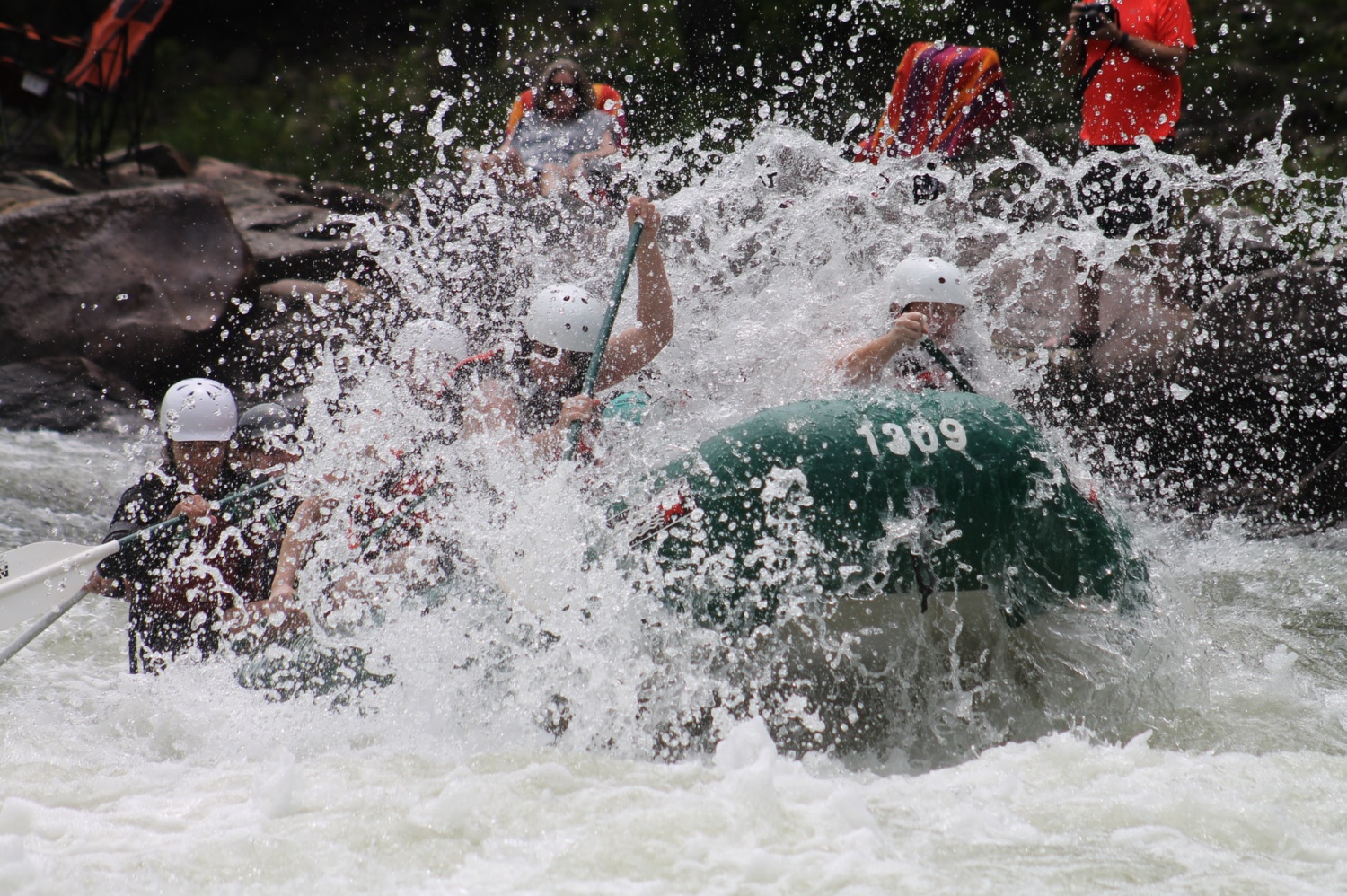 While the past few weeks have not been good for Hannah Brown, it did not stop her from becoming a hero and saving someone while she was on a vacation.

On June 13, Hannah took a break with her family and tried white-water rafting at Ocoee Paddleboarding & Watersports in Tennessee.

What was supposed to be a typical fun day for the Brown household became a little nerve-racking after they witnessed a man drowning after his raft had flipped over.

The man's girlfriend posted the rescue story on her Instagram and Twitter accounts and narrated what happened during that day.

"How fun Hannah Brown saved my boyfriend from drowning in the Ocoee River today," @quintnugget wrote on Twitter. "She was on the river with us our raft flipped, and her and her family were on the trip with us she ended up pulling my bf onto their raft after the current took him."

According to her, she did not know who she was. But it surprised her when her mother told her that Hannah was a bachelorette and "Dancing With The Stars" winner.

She later on clarified that she was being dramatic when she said that her boyfriend was drowning. Instead, he was just being pulled by the downstream before Hannah pulled him onto her family's raft.

View this post on Instagram
Y’all asked for it. Here it is! To clarify @miltonsangabriel93 was not literally drowning (I’m prone to being dramatic) but most of us did get beat up by rocks in the river after we flipped. IT. WAS. AWESOME. If you’re here for Hannah she and her fam appear during the second half of the video about 2 min in . . . . . Check out @ocoee_watersports for the best rafting tour in Ocoee! A post shared by  QUINTNUGGET (@quintnugget) on Jun 15, 2020 at 6:33am PDT

Meanwhile, a lot of netizens applauded the 25-year-old TV personality and mentioned how her kickboxing sessions helped her pull a grown man back on the raft alone.

One Instagram user wrote, "Thank you for sharing. Scary situation Happy you met the Beast. She's a very special girl."

"@hannahbrown saves the day! We love you!!!" another one commented.

While Hannah has remained silent about what happened, her brother, Patrick Brown, shared two photos of them on Instagram and wrote, "Took on the rapids with the fam jam! I got to relive my lifeguard days and Hannah thinks she's apart of the Coast Guard now... #rescuemission."

It served as Hannah's first public appearance since she got grilled online for accidentally using the N-word a few weeks ago.

Last May, she went on Instagram Live and sang DaBaby's hit song "Rockstar." The song contains some explicit words, so she skipped the F-word part of the lyrics and continued to sing carelessly.

However, Hannah forgot that the next line had a racial slur and accidentally mentioned the N-word.

After the incident, she explained that she never used that word nor called anybody with that. However, despite clarifying it immediately, she received a massive backlash from Bachelor Nation stars and viewers, pushing her to release another apology.

"I owe you all a major apology," Brown said through her Instagram Stories the following day. "There is no excuse, and I will not justify what I said."

Since then, she received a lot of messages, and it pushed her to step out of the limelight low for a while by keeping herself away from social media.