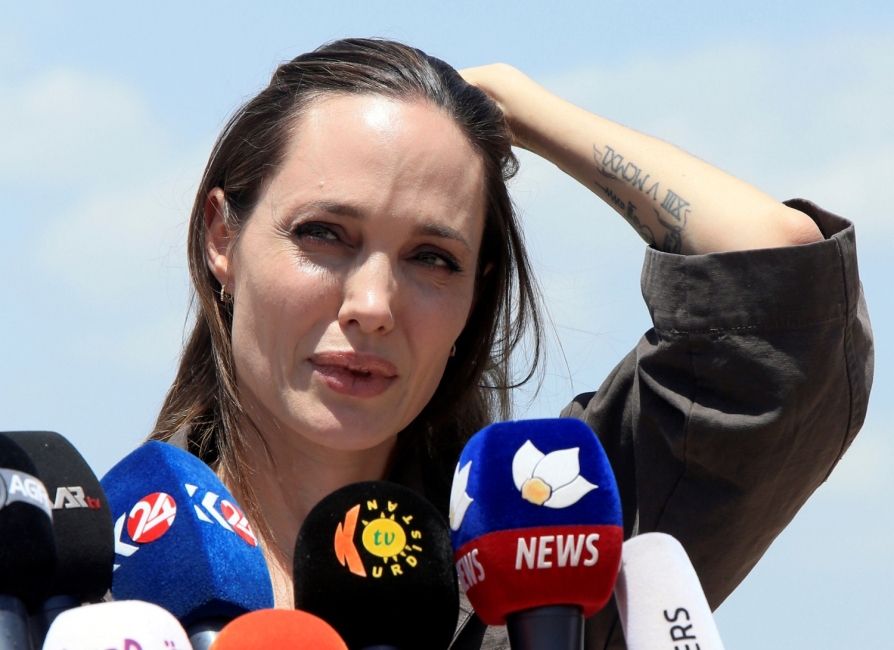 Angelina Jolie and Brad Pitt shocked the world with a divorce announcement in September 2016. Fondly called as "Brangelina," the pair was considered as one of the most popular and bankable couples in Hollywood history, which is why numerous fans were left broken after learning about their bombshell split.

The "Maleficent" actress cited "irreconcilable differences" as the main reason behind their decision to breakup. Robert Offer, as per BBC, said Angelina filed for "dissolution of marriage" for the "health of the family." The lawyer also made it clear that Brad Pitt's ex-wife was asking the public to give their family privacy at the time.

Angelina Jolie, Brad Pitt Fighting Over How To Bring Up Their Kids

Woman's Day New Zealand, in its June 22, 2020 issue, reported that Angelina Jolie and Brad Pitt are feuding over their children again. The entertainment news outlet claimed that the "Salt" actress does support Shiloh's sexual preference and even lashed out at her former partner for being insensitive to the so-called "special circumstances" of their 12-year-old daughter.

However, an unnamed source stated that Brad remains supportive of Shilo's decisions, but he worries that his daughter has been "encouraged" by Angelina to think and believe that she is a boy.

"If Shiloh identifies as a boy, Brad is behind her all the way," the insider claimed, per Micky News. "But he also worries that she is under the influence of Angelina and he would hate for that to make Shiloh's life difficult as she gets older, especially since she will forever be in the spotlight by virtue of who her parents are," it went on.

The same tipster claimed Pitt is convinced that Angelina played a vital role in "going too far" with the shaping of their children's minds. It added that the "Troy" actor is not sure what is really going on behind closed doors at Angelina's mansion, especially since the older Jolie-Pitt kids remain suspicious and are often wary around him.

"He just wants to make sure whatever decision they make about their own lives and bodies is 100 percent their own choice," the source furthered.

While these claims are possible true at some degree, it should be noted that neither Angelina Jolie nor Brad Pitt has confirmed anything as of yet. Also, with Woman's Day's reputation for creating stories based on the accounts of its unknown and insiders, this could be another baseless rumor waiting to be quashed.

So, devoted followers of the former couple should take these reports lightly until everything is proven true and correct.

Meanwhile, Angelina has opened up about her divorce from Brad Pitt in an interview with Vogue India. The "Lara Croft" star revealed, per Harper's Bazaar, how she wants to maintain a healthy environment for her six kids -- Maddox, 18, Pax, 16, Zahara, 15, Shiloh, 14, Vivienne, 11, and Knox, 11.

Angelina Jolie added that divorcing Brad is the right decision and made it clear that she wants to focus on her children's healing. "Some have taken advantage of my silence, and the children see lies about themselves in the media, but I remind them that they know their own truth and their own minds. In fact, they are six very brave, very strong young people," she said.