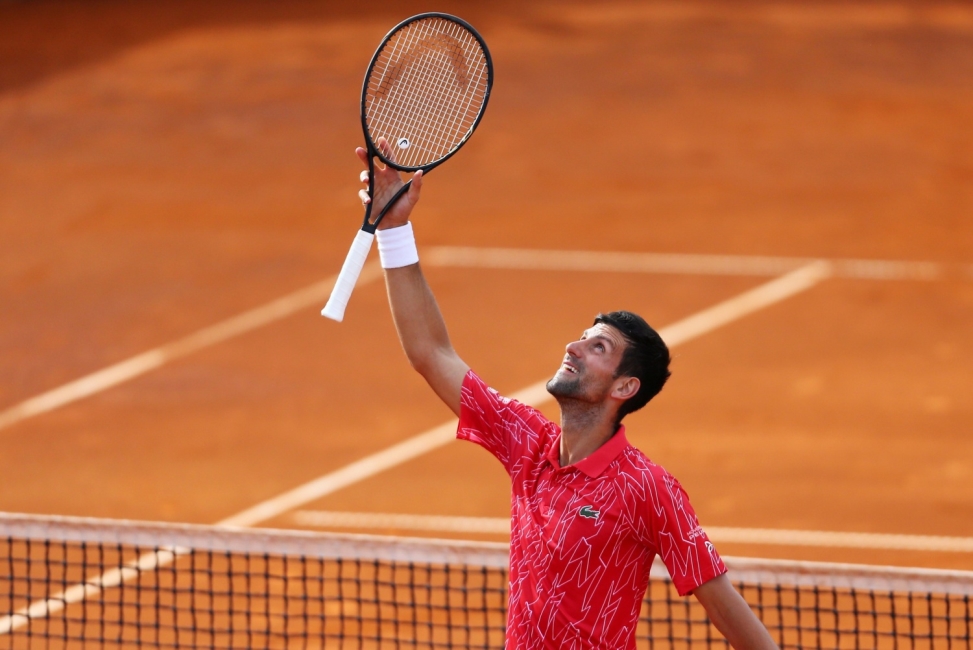 The world's top-ranked tennis star, Novak Djokovic, is getting a dose of his own medicine after testing positive for coronavirus.

The renowned tennis player announced his current health condition after personally arranging an exhibition tournament in Serbia and Croatia.

On Monday, the 33-year-old athlete took to social media to reveal that he and his wife, Jelena, tested positive for COVID-19 after returning to Belgrade. The couple will be in isolation for the next 14 days and will get tested again after five days. Luckily, their children were spared from the dreaded disease.

The exhibition called "Adria Tour" started last June 13. It aimed to bring together some of the world's best tennis stars and help aspiring players from South-Eastern Europe to be exposed to competition while various tournaments were on hold due to the coronavirus global pandemic.

Djokovic insisted that the event organizers followed all health protocols, but he still apologized for causing a massive spread of the virus.

"I am so deeply sorry our tournament has caused harm," Djokovic wrote on Twitter.

"We were wrong, and it was so soon. I can't express enough how sorry I am for this and every case of infection."

The New York Times reported that aside from Djokovic and his wife, two coaches and three other players namely, Grigor Dimitrov, Borna Coric, Viktor Troicki, and his wife, Aleksandra also tested positive for COVID-19 after finishing the tour's second leg.

In his tweet, the World No.1 tennis player encouraged attendees of the Adria Tour to subject themselves to further testing and appeal to them to observe social distancing.

Because of the tournament's COVID-19 outbreak, Djokovic said that the remaining schedule of the competition would be canceled.

According to reports, there was no social distancing protocol enforced during the entire Adria tour. The players openly mingled, shook hands, hugged, and even took selfies with the fans. Face masks were also a rare sight among participants and the crowd. They also did not require coronavirus testing for all participants before the event started.

Some of the players were even caught on cam partying and dancing the night away in a club ni Belgrade, Serbia.

In April, Djokovic received backlash after opposing the idea of getting a mandatory vaccine against coronavirus to be allowed to travel for his tennis tour.

The 17-time Grand Slam winner insisted that he knows what is best for his body and believes that natural healing is better than getting a vaccine.

Instead of getting sympathies after contracting COVID-19, Djokovic was slammed by fans who expressed their disappointment to the athlete who is supposed to be a role model during these health crisis.

"You may be world best tennis player, but you are not a good human. Jeopardizing life of many without following any protocol. That's why even if you win 30 slams, you will not be anywhere near Rafa and Roger," one Twitter user wrote.

"Selfish human. You couldn't just stay at home. Now people's lives are at risk because you needed attention," another one added.

Meanwhile, others suggested that Djokovic should use his time in quarantine to educate himself about vaccination.

Read some of the fans reactions below:

READ MORE: The Mamba Mentality: 4 Reasons Why It's Worth The Buy