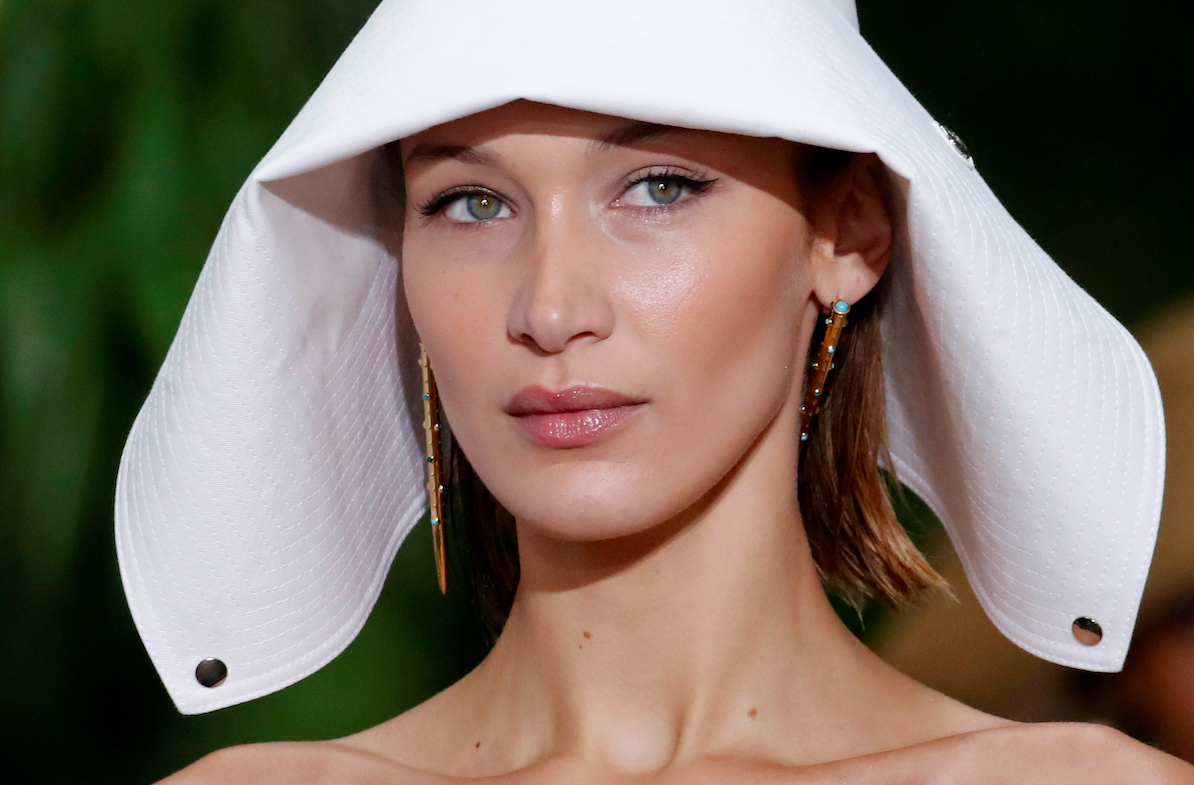 Summer is definitely on for supermodel besties Hailey Baldwin and Bella Hadid.

The Vogue cover girl and the Victoria's Secret Angel were spotted donning tiny bikinis on a yacht off the coast of an Italian island called Sardinia.

Justin Bieber's 23-year-old wife was photographed in an animal print string bikini from Candice Swanepoel's swimwear brand Tropic of C. She topped off her look with bold hoop earrings and a high sleek bun.

The younger Hadid, on the other hand, showed off her toned body in a pink and mustard tie-dye bikini with glasses and a high bun.

The runway royalties landed in Europe on a private jet. However, although they deserved a much-needed R&R, both Hailey and Bella are strictly in Italy for a campaign shoot, as cited by E! News.

It appears that the two really missed the sun and beach, as one insider noted that "they wasted no time and headed straight to the water to board a yacht for the afternoon."

As soon as they hit the beach, the Bazaar cover girls just hung out and rested after a long and tiring flight.

"They lathered up with sunscreen and were served lunch on the terrace. They both seemed relaxed and very happy to be there. They spent the day just hanging out and resting. They seemed a little tired from their flight and wanted to have some downtime," another source told the entertainment outlet.

Before their European campaign shoot, Bella was spending the quarantine in their family's Pennsylvania farm together with her mom Yolanda, as well as her eldest sister Gigi -- who is currently pregnant with her first child with former One Direction member Zayn Malik.

The Hadid family spent their downtime in Yolanda's 32-acres rural home, where their closest neighbors are mainly goats, horses and cows.

Based on her Instagram, Bella embraced the outdoors and even planted herbs and flowers for their crystal "labyrinth" for their mom's meditation spot.

Aside from their four-legged animals, the Hadid farm has an interesting wooden dining table that can fit up to 18 people.

Meanwhile, Hailey just flew to Los Angeles after spending months on lockdown in Canada with her husband. Unfortunately, Justin is currently under fire after being accused of sexual assault.

Bieber has already addressed and denied all the allegations against him via his Twitter: "I don't normally address things as I have dealt with random accusations my entire career but after talking with my wife and team I have decided to speak up on an issue tonight," the Canadian singer tweeted last June 22.