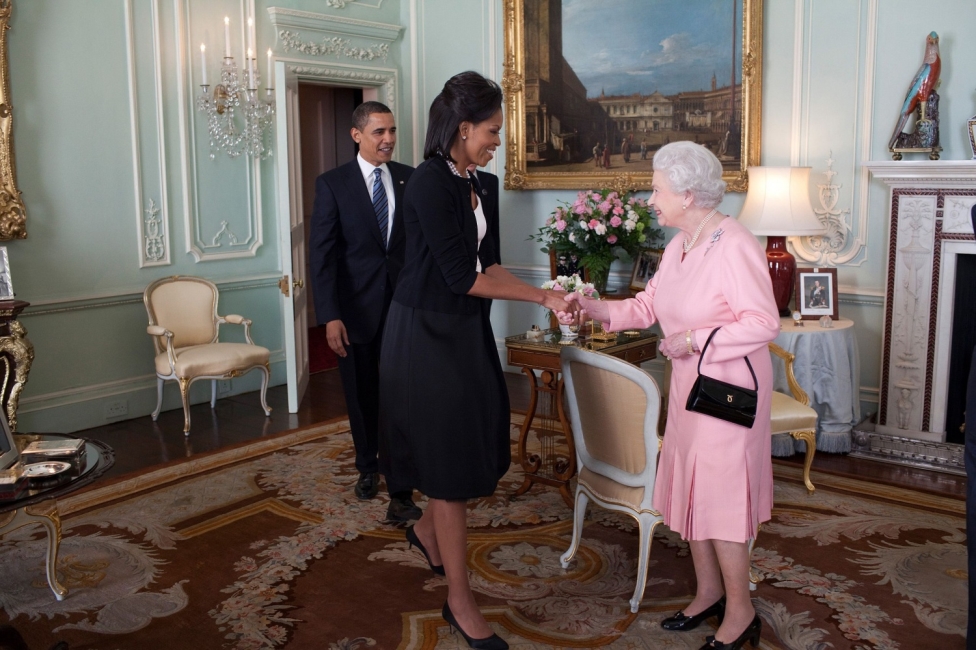 For the members of the monarchy and the royal watchers, seeing Queen Elizabeth II cry is a rare event, especially since she is famous for her stoic attitude in public.

However, former U.S. President Barack Obama once made the Queen cry when he visited her in 2011.

During the three-day trip of the Obamas to the United Kingdom, Queen Elizabeth II herself welcomed Barack and his wife Michelle at the palace. As part of the routine whenever someone pays a visit to Her Majesty, the Obamas handed her a variety of gifts as soon as they met her.

Though it sounded like a typical visit, the chief of protocol for the U.S. revealed that the couple put the Queen to tears after presenting her another special gift during the tour.

In an interview with People, then chief of protocol Capricia Penavic Marshall said that Barack and Michelle gave the Queen a leather-bound collection of memorabilia from her late father, King George VI. The United States received the collection during the late King's last visit to the country.

"We wanted to make sure that what we were furthering this special relationship with the U.K. and particularly with Her Majesty. President and Mrs. Obama were so, so very fond of her," Marshall said, as quoted by the news outlet.

Marshall's team, who accompanied the Obamas in the U.K. trip, researched about the royal family and found out that Her Majesty had an amazing connection with King George VI that she collected everything and anything about him.

Furthermore, the chief of protocol recalled the moment when Queen Elizabeth II browsed through the invitations and notes included on the memorabilia.

Sure enough, Her Majesty loved the present so much that she ended up feeling overwhelmed by the sweet gesture.

"And I want to say that I saw a little glisten of a tear in her eye after she paged through it a bit. She looked to the president said, 'Thank you so very much for this,'" Marshall went on.

Queen Elizabeth II was not able to see King George VI before he died. When the late King died in his sleep due to coronary thrombosis on Feb. 6, 1952, Her Majesty was on tour in Kenya with Prince Philip. She saw her father for the last time when he waved them off at Heathrow Airport.

Her Majesty reportedly developed a soft spot for the couple that she wants them back to the U.K. even though Barack is no longer the U.S. President.

In royal author Tom Quinn's book, "Kensington Palace: An Intimate Memoir from Queen Mary to Meghan Markle," a former royal staff disclosed that the Queen requested Barack to come back.

"The Queen has a soft spot for Americans after meeting Barack Obama who she completely fell in love with - so much so that she has frequently asked her courtiers if they could arrange for him to come to Britain now he is no longer president," the insider said.