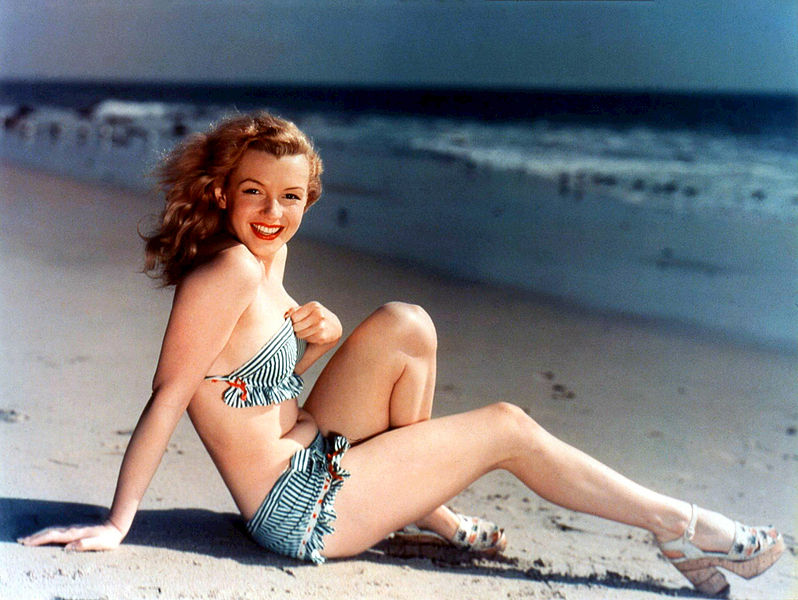 Even long after her death, Marilyn Monroe's legacy lives on. In fact, her her rare nude photo will be auctioned and is expected to fetch a great price.

Monroe truly represented the ideal beauty and femininity until she died in 1962 at the age of 36.

Throughout her time as one of the world's biggest and most endearing sex symbols, photographers who worked with her collected rare and valuable images of her.

Years after fans saw her in the flesh, a rare photograph of the late icon is set to be auctioned by Nate D. Sanders Auctions on Friday.

In an interview with Fox News, a representative from the auction house gave more information about Monroe's nude portrait.

"This image helped launch Marilyn into superstardom and also boosted Playboy, which became an iconic part of American culture," a rep said. "This is a unique opportunity for Marilyn fans to own one of her most iconic images."

The Story Behind "Red Velvet"

In 1949, Kelley took the "Red Velvet" photos for a calendar. However, Monroe initially did not want to pose nude out of concern that it would cause a negative impact on her career.

Eventually, she agreed to do the photoshoot and got $50 for the job. Aside from that pay, she never received anything from the pictures despite the popularity.

"I even had to buy a copy of the magazine to see myself in it," Monroe told a friend, per NPR.

Meanwhile, Hefner badly needed a headliner that could draw massive interest in his new magazine, which he scheduled for launch at the end of 1954.

In order to achieve it, the Playboy founder cashed out $500 to acquire the rights and use Kelley's nude photo of Monroe in the centerfold of the first issue. Because of her nude photos, Playboy sold over 50,000 copies of the inaugural issue, which helped the magazine became an American institution.

After the magazine came barging to the newsstands, Monroe landed multiple series and movie projects. She became a box office star and a sex symbol after becoming a cast member in the films "Niagara" and "Gentleman Prefer Blondes" in 1953.

"The photos made Playboy, but the Hollywood studio [was] massively embarrassed by this," he explained. "They're telling Marilyn to deny and reject those photos... she ignores their advice. She just admits to it."

Since America became a more prudish place in the '50s and '60s, Marilyn was able to survive her iconic figure despite Hollywood's warnings.