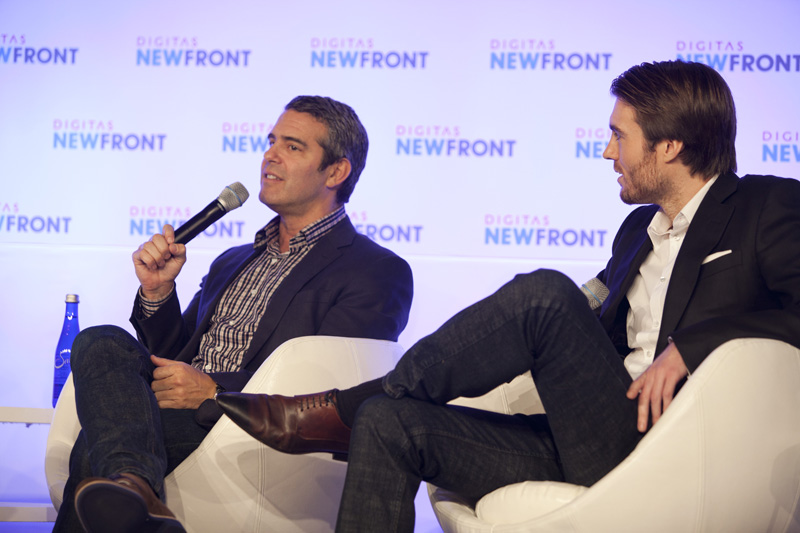 Andy Cohen dropped a shocking update on his health status months after he tested positive for the coronavirus.

After his victorious battle against COVID-19, Cohen shared how he has been doing after he recovered from the dreaded disease.

In a recent virtual interview with Extra TV's Billy Bush, Cohen revealed how he, unfortunately, lost a lot of his weight soon after he discovered his coronavirus diagnosis.

According to Cohen, he underwent a chest x-ray procedure a few weeks ago, which showed some "cloudiness in the lung." While it sounded as if he is still not yet getting better, his physician reportedly told him that it is a sign that he is finally recovering from COVID-19.

"They said that's commensurate for someone who is recovering. Otherwise I feel pretty good. I lost a ton of weight and I gained it all back," the 52-year-old talk show host said.

Furthermore, he shared that the coronavirus took 10 to 11 days before it attacked his system and drained all his energy even when he was only doing simple tasks and movements like going up and down the stairs.

To recall, Cohen disclosed to his Instagram followers in March 2020 that he tested positive for COVID-19. The news came after the "Watch What Happens Live" team announced some changes to the show.

"After a few days of self-quarantine, and not feeling great, I have tested positive for Coronavirus," Cohen wrote on his Instagram page alongside a selfie of him in bed.

View this post on Instagram
After a few days of self-quarantine, and not feeling great, I have tested positive for Coronavirus. As much as I felt like I could push through whatever I was feeling to do #WWHL from home, we’re putting a pin in that for now so I can focus on getting better. I want to thank all the medical professionals who are working tirelessly for all of us, and urge everybody to stay home and take care of themselves. A post shared by  Andy Cohen (@bravoandy) on Mar 20, 2020 at 3:03pm PDT

After he revealed his diagnosis, he began broadcasting from his New York City apartment. He pushed through his interview with the show's scheduled guests, including John Mayer, Nene Leakes and Ramona Singer.

In the same ExtraTV's interview, Cohen divulged that he turned his "Radio Andy Sirius XM" commercial-free during the weekends and featured celebrity guest DJs as part of celebrating Pride.

The changes also let his son, Ben, listen to his favorite songs. But above all, he felt more grateful for the moment when he was able to virtually introduce his son to his best friend Anderson Cooper's newborn son, Wyatt, on Father's Day.

Since he has been broadcasting from home as part of cautionary measures, Cohen said that he is finally able to show Ben on his social media and even includes him whenever he has virtual guesting. Before the pandemic started, he admitted that his son barely makes appearances through his social media accounts.

"It was really fun [to introduce him to Wyatt], and the thing that tickles me is I know these guys are going to be in each other's lives forever. It's fun they will have this little moment in time on television they can see and look back on," Cohen went on.

Aside from having more father-and-son bonding, Cohen still gets great virtual guests despite the coronavirus pandemic.

Since the health crisis has also crippled a massive part of the entertainment industry, he said that those artists who cannot do press and come to New York are able to make appearances through his virtual show.