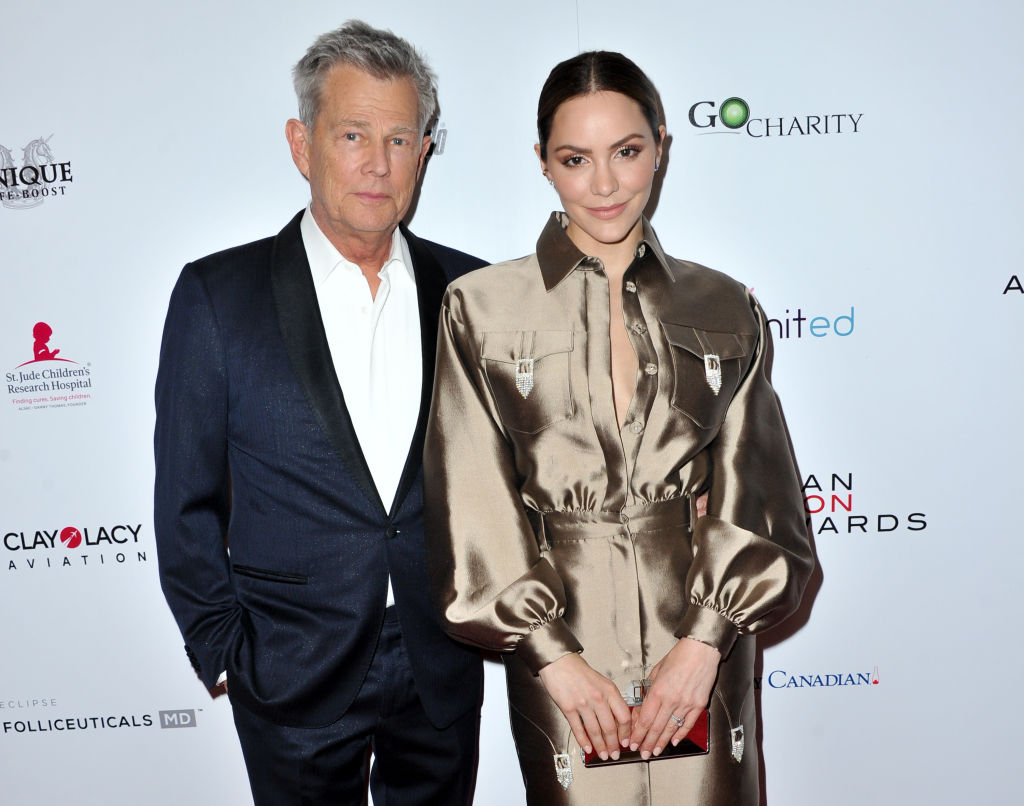 When David Foster and Katharine McPhee became an item in Hollywood, many raised eyebrows due to their 34-year age difference. The couple simply shrugs it off though and continues living happily ever after.

One year after their dreamy wedding at London's Church of Saint Yeghiche, McPhee has probably established a relationship with Foster's children, who are mostly in the same age bracket as hers.

While the public only sees the surface of the couple's "May-December love affair," the award-winning Canadian musician's daughters opened up how they truly feel about their father's 36-year-old wife.

In an interview with PEOPLE, Foster's daughters Sara, Erin and Jordan revealed that while they have a good relationship with McPhee, they only have one MAJOR issue about her.

"Our biggest issue with [Katharine] is how hot she is," the 37-year-old Erin joked.

During their new family's Sunday tradition (which began when the coronavirus lockdown started), they would often warn their hot stepmom not to wear bikinis.

Meanwhile, the 39-year-old Sara quipped that when McPhee is on her bikinis, all of their husbands are gathering on the side "ogling her."

"Even my 2-year-old son," 34-year-old Jordan added, referring to her son Otto.

Katharine McPhee As A Wife

Kidding aside, the girls said that throughout their dad's marriage to McPhee, the actress and singer has been nothing but a positive addition to their family. In fact, Erin revealed that the couple's frowned-upon age-gap has positively affected their dad.

"Kat has really pushed him to open up. We could get into a fight, and then Kat's like, 'No, you have to pick up the phone, call your daughter back,'" Erin said.

"She's a facilitator, which is really important. She pushes him to be more emotional and more vulnerable."

Jordan, meanwhile, pointed out that before marrying McPhee, their dad has been in a relationship with "age-appropriate women" that didn't work out.

Meanwhile, Foster's 46-year-old daughter Amy (from his previous relationship) also has nothing but good words to say about McPhee. She said the singer is not her dad's "trophy wife," but a fantastic person as a whole.

The Portland-based songwriter shared a memorable moment with McPhee when she was diagnosed with breast cancer last year.

"When I had my mastectomy, my dad and Kat flew in for that and stayed with me," Amy revealed.

"She's amazing. Kat is not a trophy wife - she has a lot to say, she's interesting, she has a fantastic career, and she's nobody's trophy," she continued, adding that she never felt the age difference with her dad and McPhee when they are together.

David's daughters added that they find it easier to connect and bond with McPhee since she is of their age and someone they could be friends with.

The ladies said they are happy that their father found an amazing woman who can make him happy.

Erin said that they just want Foster to be happy and will never compete with any woman that comes to his life.