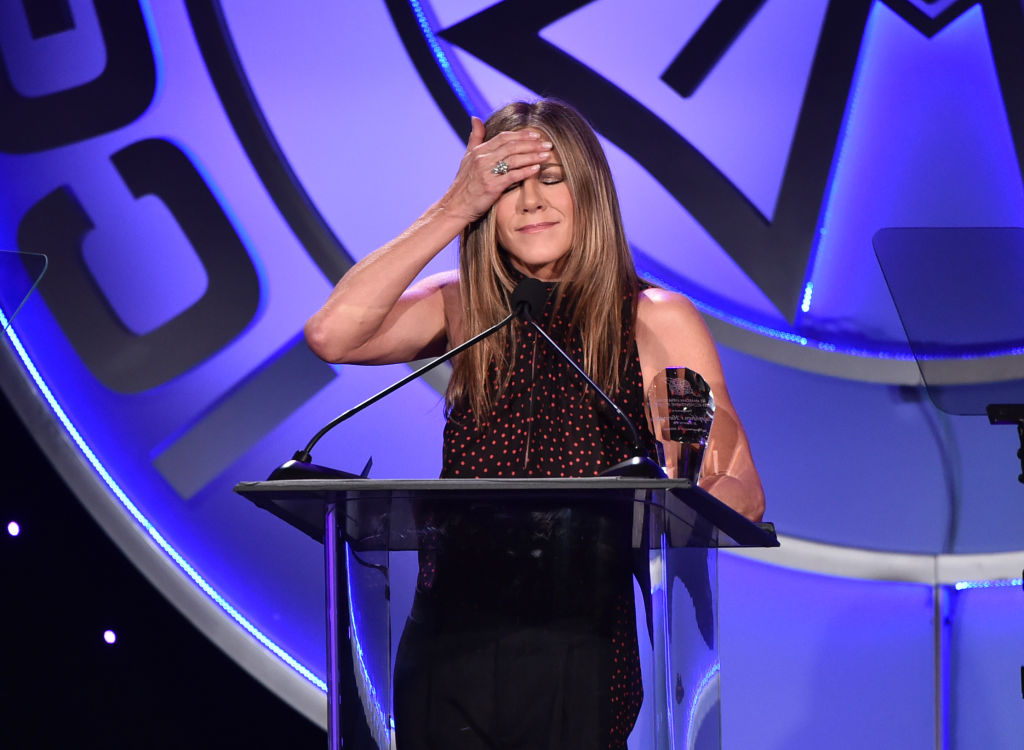 Pop star Katy Perry is so ready to pop, and as she is about to head to the delivery room, the singer just made a major decision for her unborn child's future.

According to reports, Katy and her partner Orlando Bloom have chosen their good friend, Jennifer Anniston, to be their baby's godmother.

Being a godparent is like being a second parent to the child and entails a heavy responsibility. A godmother must be a role model and confidante to the child and a special advisor to the parents. While most people choose their siblings to be their children's godparents, Perry and Orlando gave the crown to the "Friends" star.

According to a Daily Mail report, the 51-year-old actress was overwhelmed with emotions when she learned that the iconic duo gave her the godmother role.

"[Jennifer] is pretty chuffed about it as well and cried when they asked her," an insider told the news outlet.

The source revealed that Perry and Bloom had a list of potential godparents, but Aniston made it on the top of the list. It is not the first time that Aniston was given the godmother crown, as she has also been nailing the role of being a second parent to 16-year-old Coco, daughter of her fellow "Friends" alum Courteney Cox.

According to the insider, Aniston has been the "Roar" singer's biggest emotional support throughout her pregnancy, especially when the coronavirus pandemic hit the world.

"Katy and Jen are very close. During (the) lockdown, they went for socially distanced walks, and spent lots of time catching up," the source continued.

How Did Katy Perry And Jennifer Aniston Became Friends?

Aside from being the A-listers of the entertainment industry, Perry and Aniston also share another thing in common: they are both exes to American singer and songwriter John Mayer.

Although the Aniston-Perry friendship may have seemed to come out of nowhere, they were first spotted hanging out in February 2016. Aniston is Bloom's co-star in the 2016 holiday film "Office Christmas Party." At that time, the trio hung out celebrating manager Aleen Keshishian's birthday party.

In December 2016, Perry and Anniston were photographed being close together at the red carpet premiere of the said comedy film.

Aniston was also once romantically linked to Perry's baby daddy, but they never confirmed or denied the rumors.

The 35-year-old "Teenage Dream" hitmaker is now a few weeks away from giving birth to her first child with the 43-year-old "Pirates of the Caribbean" actor.

Perry is stretching her last trimester in high spirits and has been showing off her massive baby bump in high-fashion ensembles in the past few months.

While promoting her new album "Smile," Perry joked about feeling like a "waddling duck" as she hit a home run to her pregnancy.

Perry revealed her pregnancy in March through the music video of her song, "Never Worn White."