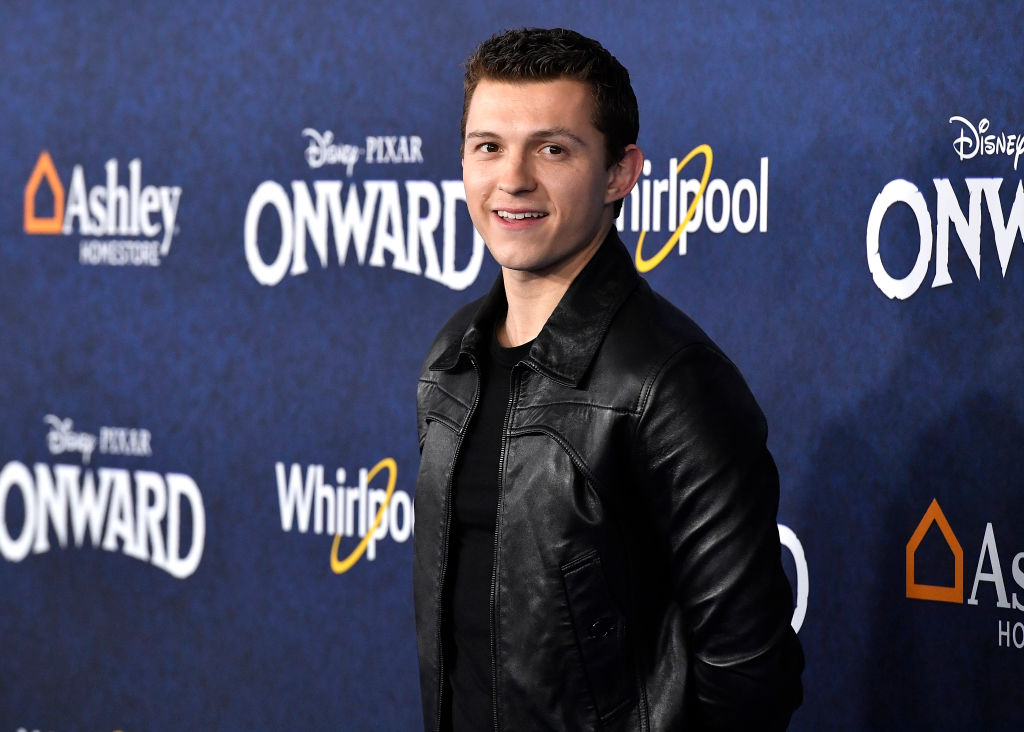 Tom Holland, a.k.a. Spider-Man, is undoubtedly one of the most sought-after actors of his generation. After all, he could go viral on social media for any reason.

However, just recently, he became a trending Twitter topic for something bizarre.

It all started when fans of the 24-year-old Marvel superhero sent congratulatory messages to Holland for becoming a father. (Wait, what? Father of whom?) Apparently, the Twitter world is claiming that Holland is the father of Nicki Minaj's unborn child. (Again, WHAT?)

On July 21,Minaj took to Instagram to announce her pregnancy. She posted a photo showing off her baby bump while wearing a two-piece floral bikini, glass heels, and her iconic yellow hair.

Since then, photos of Tom Holland started circulating alongside some congratulatory messages for being the father of Nicki Minaj's baby.

Fans were quick to go online to express their take on the rather odd news. Some shared their happiness for the soon-to-be mom and dad, while others expressed shock and disbelief as if they were born at a different time.

"The fact that TOM HOLLAND is a FATHER now......time flies," one Twitter user wrote.

"Congratulations, Tom Holland. You're going to be an amazing father to little Tony," another one tweeted, adding a baby boy emoji.

Some even burst into tears after hearing the news and said: "My sister really just told me Nicki Minaj is having a baby 'with some white guy' When I asked her who homegirl really said TOM HOLLAND."

Meanwhile, another fan account could not believe what it did after tweaking clips of Tom Holland and Nicki Minaj with subtitles expressing their undying love for each other.

Is Tom Holland A Father Now? The TRUTH!

Okay, so before you slip at the edge of your seats, let us make this clear. No, our favorite Peter Parker portrayer is still not a father and definitely not Nicki Minaj's baby daddy.

The cutie actor was just a victim of another Twitter hoax, which came out of a meme from 2019.

According to Capital FM, the whole "Tom Holland is the father of Nicki Minaj's baby" came from a hilarious rumor and meme that also went viral last year. The rumor accused the Spider-Man star of being the third wheel in a love triangle between the "Super Bass" rapper and YouTube content creator James Charles.

Fans can now all take a deep breath and rejoice because Tom Holland is still not "off the market."

As of writing, Holland has yet to comment about this recent Twitter hoax. Maybe he is still busy filming his upcoming movie "Uncharted," where he would be playing like a modern Indiana Jones.

So Who Is The Father Of Nicki Minaj's Baby?

The 37-year-old rapper announced her first pregnancy with her husband, Kenneth Petty, whom she married in secret in October 2019.

Petty is Minaj's high school sweetheart, and the two reignited their romance after years of being away from each other.

While the rapper flooded her 119 million Instagram followers with photos of her growing belly, she did not drop any details about the baby's gender and her due date.