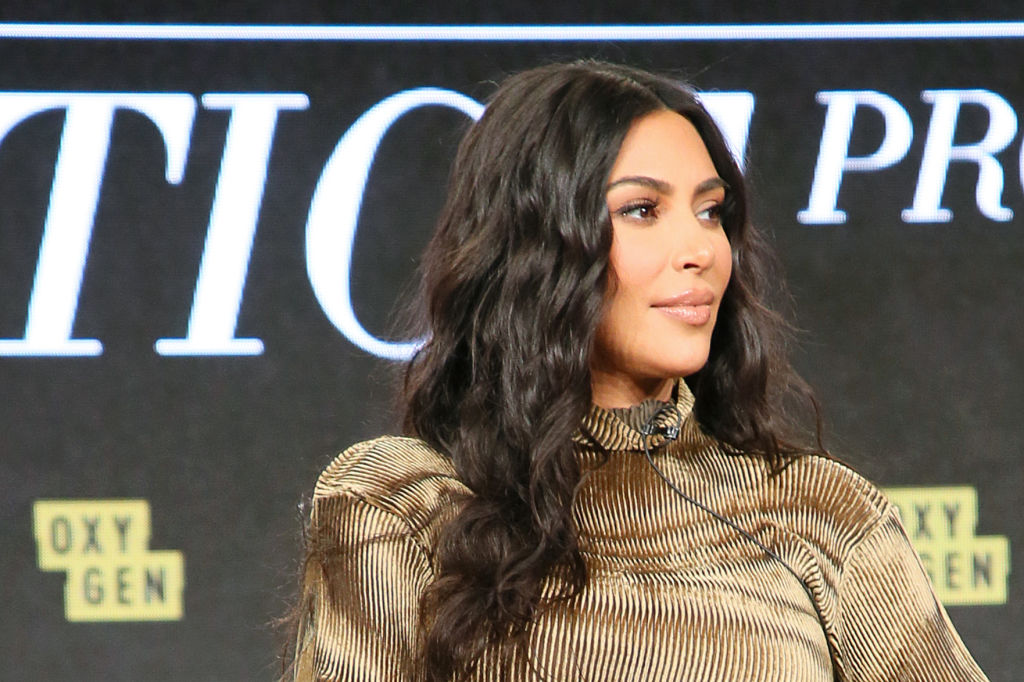 It has only been a few days since Kim Kardashian was spotted in tears while in the car with Kanye West for their crisis talk, a week after claiming he wanted a divorce.

The KKW Beauty mogul flew to Wyoming to confront her "Jesus is King" hitmaker husband after claiming that she cheated on him during a couple of now-deleted Twitter outburst.

Kim Kardashian was spotted crying in their car as they spoke after the reality star asked social media users for compassion towards her husband.

A source told The Sun Online that the mom-of-four has returned to California without Kanye West, but is hoping that he will ask for psychiatric help to return to their family when "he is ready."

The source further claimed that the "Keeping Up With the Kardashians" star feels that Wyoming calms Kanye West's mind as Los Angeles can be stressful.

"She told him not to come back until he feels ready," the source added. "I think she's trying to shelter their children from what's going on until he's better as she's super protective of them."

"Of course, she'd love Kanye to return home and everything to go back to how it was before, but realistically, that's not going to happen."

The source emphasized that for Kim and Kanye West, the children come first, and the SKIMS creator is hoping that the kids will not be affected by what's going on with their dad and their marriage.

Another tipster told Us Weekly, "Her whole family is ensuring that the kids are not witnesses to any of it."

Ever since the 43-year-old Grammy-winning musician tweeted that he has been trying to get out of his marriage to her brunette wife, Kim Kardashian, on the other hand, has also reportedly sought a divorce lawyer.

The source concluded, "There's no way back for them now."

With Kim arriving back in California and leaving behind Kanye in Wyoming, their marriage is in doubt.

Though she is hopeful that her husband will come back, Kim Kardashian fears that Kanye West "may have hit rock bottom" already.

An insider spoke to Page Six and said, "Kim has known about Kanye's bipolar disorder all along, and she has worked hard privately to support him and protect him and their kids."

"But this is the worst episode he has ever had. She fears he may have to hit rock bottom before he finally wakes up and realize what he has done," the insider added.

When Kanye apologized to his wife via Twitter for all the nasty things he had said, it was reported that he then visited a hospital for anxiety.

While it is unusual for a reality star, the 39-year-old wife asked the public to respect their privacy as her husband deals with his mental health issues.

On July 19, at his first presidential campaign rally in South Carolina, Kanye West claimed that he and Kardashian considered aborting their first child, North.

A few days later, Kanye claimed that he had been trying to divorce Kim for two years, and claimed that his mom-in-law Kris Jenner wasn't allowed to see their four children.