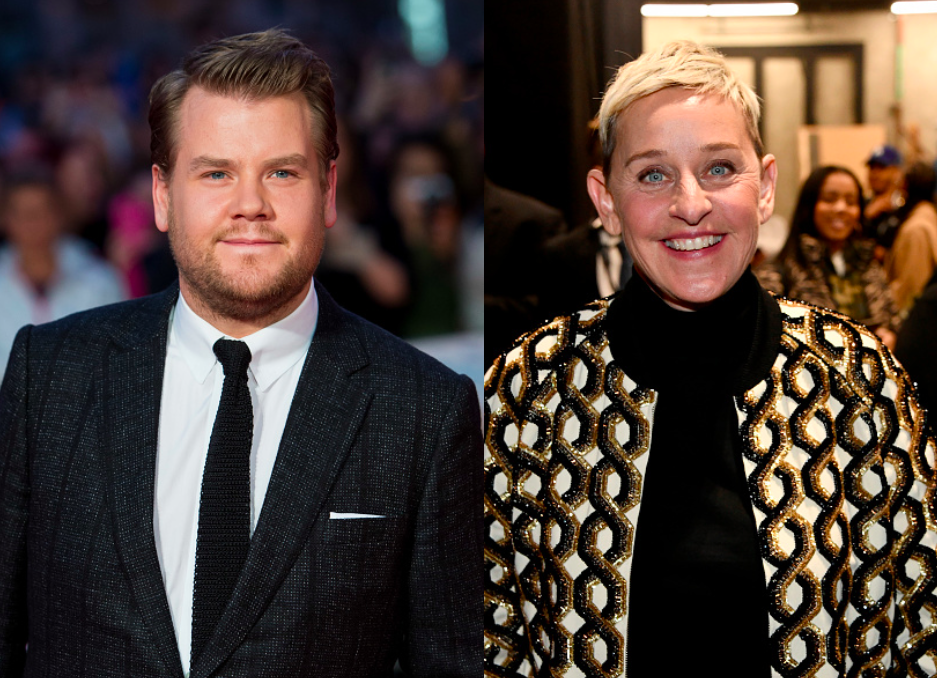 Since March, news of Ellen DeGeneres being mean and fraud to her millions of fans has shocked the entire world.

She has faced allegations of bullying and creating a toxic work environment on her Emmy award-winning show, "The Ellen DeGeneres Show."

Because of all of the 62-year-old's controversies, it may seem like the talk show legend is ready to quit after 17 years of being on air.

According to reports, late-night show host James Corden is being lined up to supersede the "Finding Dory" star to become the new headliner for the afternoon TV show.

Ellen DeGeneres has found herself engulfed in accusations that her sweet persona is a lie, as she is a mean person. It is reportedly common knowledge among Hollywood stars.

The host of "Late Late Show" James Corden is ready to take over the afternoon time slot amid news that Ellen DeGeneres is ready to quit her own show.

Sources at NBC, who airs "The Ellen DeGeneres Show," told The Sun that they already see Corden as the "long term successor" even before news of Ellen DeGeneres being mean have started surfacing.

"James Corden was being eyed for Ellen's job in the long term before any of this came to light. Now, this shocking new development places a spotlight on the next step."

But Corden is still contracted to CBS until 2022.

"James and his team have been trailblazers in modern TV, taking the once considered graveyard chat show slot into a cutting-edge format with huge online, social media and global recognition," the source told The Sun.

On July 28, 2020, Variety reported "The Ellen DeGeneres Show" is under internal investigation by WarnerMedia after former and current staff alleged, they are victims of workplace intimidation, racism, and mistreatment on the set of the popular daytime talk show.

One of the people investigating the show is NBC Entertainment Chairman Paul Telegdy, who is also said to be a big fan of Corden and is one of the people lining him to take over.

Early this month, Buzzfeed published an article with a string of allegations about workplace misconduct made by eleven unnamed staff members of the show.

Some of their many complaints include terminations after taking medical or bereavement leave, racial slurs and comments from senior staff, sexual harassment, bullying, and forbidding employees from talking directly to Ellen.

Ellen DeGeneres released a statement to her employees after investigating a toxic work environment on her show.

She claimed to take responsibility, adding, "I am disappointed to learn that this has not been the case."

Reports have already suggested that Ellen DeGeneres is ready to quit the show after accusations of mean behavior continued to mount against her.

A tipster told The Daily Mail, "She feels she can't go on, and the only way to recover her personal brand from this is to shut down the show."

With the long-running daytime series possibly meeting its demise soon, staff of "The Ellen DeGeneres Show" are said to be "freaking out."

"Staffers are texting and calling each other freaking out as Ellen will quit or that the show will be canceled," a source told Us Weekly. "The show feels done. It's going to be very hard to turn this around."

It may not even matter for Ellen DeGeneres as she has a net worth of $330 million.