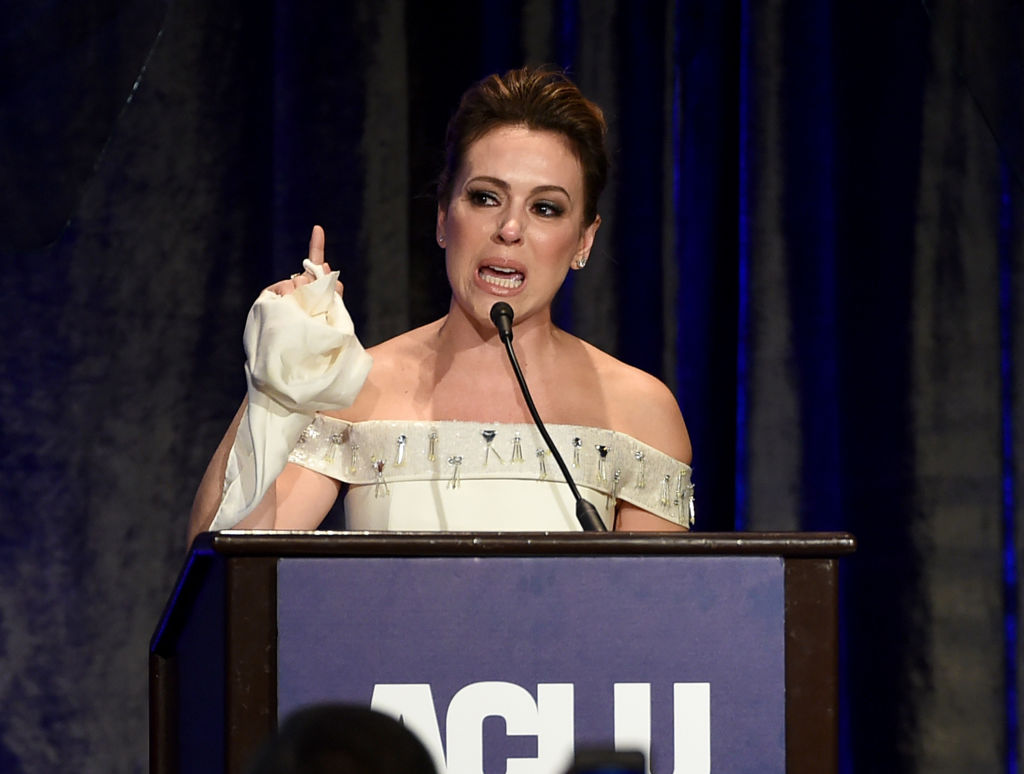 Alyssa Milano had the coronavirus last April, but she didn't know about it until she tested positive for COVID-19 antibodies.

With that said, the 47-year-old actress was not hhappy with what she called a flawed COVID-19 testing system in the U.S. Apparently, she received three false-negative results before only to find out that she really had the dreaded disease.

On Wednesday, Milano confirmed that she tested positive for coronavirus antibodies even after she received COVID-19 negative result prior to her diagnosis.

The actress, who was wearing a breathing apparatus on the photo she posted, wrote in the caption: "This was me on April 2nd after being sick for 2 weeks."

According to Milano, everything hurt her and she even lost her sense of smell. She then described the feeling as like having an elephant sitting on her chest.

She added that she could not breathe normally, so much so that it caused her to lose nine pounds in just two weeks. Apart from that, Milano had a low-grade fever and a terrible headache.

"I basically had every Covid symptom," she confessed. "At the very end of march I took two covid19 tests and both were negative. I also took a covid antibody test (the finger prick test) after I was feeling a bit better. NEGATIVE. "

Since the symptoms lingered for months, she opted to take another test, in which she finally got a positive result.

Milano then called out the government and warned everyone about the alleged flawed testing system. She also reminded her followers to always wash their hands, wear a mask, and practice social distancing as she does not want anyone else to feel that way.

furthermore, Milano pledged to donate her plasma to save other COVID-19 positive patients. Those who recovered from the coronavirus disease is believed to have the ability to develop antibodies that can ease the symptoms of the respiratory disease.

In May 2020, the "Who's The Boss" actress sported her do-it-yourself face mask on Twitter. However, her face mask seemed to have holes in it, appearing as if it was crocheted.

"Show me your masks! Masks keep people safe and healthy. Show me yours! Ready? Go!" she wrote in the caption while urging everyone to do the same.

But instead of getting support, netizens laughed and called her out since the cover most likely will not do anything for her at all.

One user said, "Are you SERIOUSLY wearing a KNITTED mask!!!!...as in A MASK WITH HOLES IN IT??"

"Your idiocracy really is the gift that keeps giving. Thank you. #crochet," another netizen exclaimed.

The photo, which now has 28,100 likes and 10,600 retweets, surely grabbed people's attention. Nonetheless, Milano defended that her mask is genuinely safe.

"A--holes, mask has a carbon filter in it. So, yes, it might be crochet but totally safe," Milano wrote. "Mask has a filter in it for f---'s sake. A carbon one. My mom makes them. #WearAMask"

One follower also shared that she uses the same mask and even showed how it looks inside.

A crocheted mask WITH a filter pocket sewn on that I made. Works perfectly. People are some seriously judgy f*ckwads. @Alyssa_Milano you do you. pic.twitter.com/bL29Sx3ORa — Stephanie Wilson (@Mrs_Kity) May 23, 2020

Currently, the U.S. is yet to flatten the curve. The country has 4.6 million confirmed cases; 159,000 of which have already succumbed to death