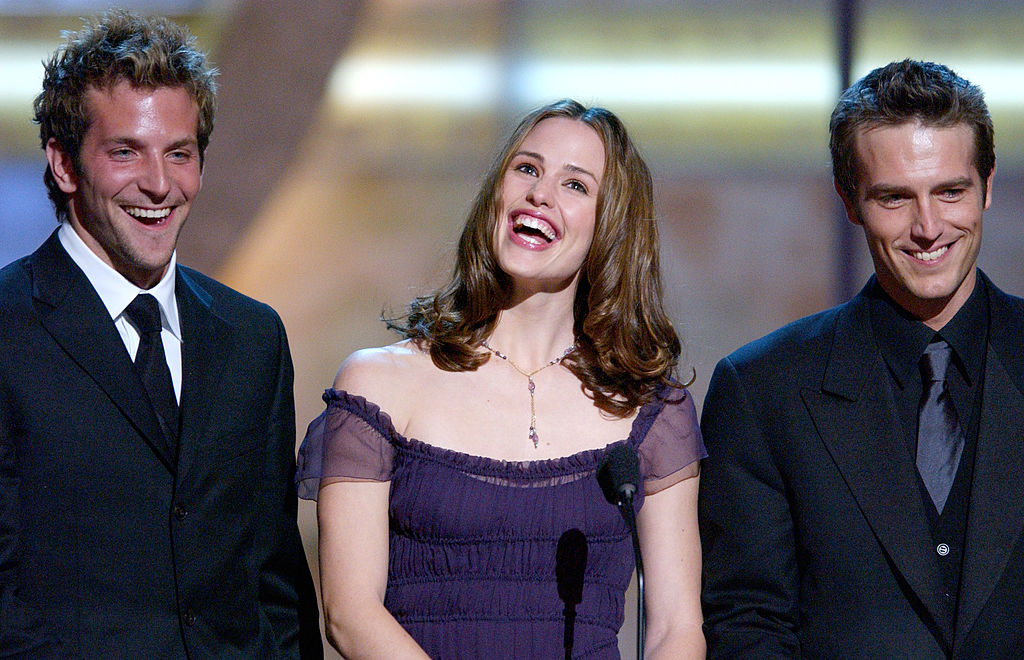 It looks like Jennifer Garner has already moved on from former boyfriend John Miller.

This came after the "13 Going on 30" star was spotted hanging out with fellow Hollywood A-lister and longtime pal Bradley Cooper in Malibu, California.

As cited by TMZ, the two were photographed spending their beach day alongside a little girl who appears to be Cooper's 3-year-old daughter Lea De Seine, whom he shares with ex-girlfriend and Russian supermodel Irina Shayk.

The 45-year-old actor was sporting a bright red board short and a man bun as he makes himself comfortable while lounging in the sand. The "Catch and Release" actress, on the other hand, was seen wearing a dark blue sweater and skirt while helping Lea build her own sandcastle.

Both Bradley and Jennifer starred in the 2001 action thriller series "Alias." They have since maintained their close friendship.

According to TMZ, the duo was rumored to be having a romantic affair while shooting for their TV series. However, it noted that the fling never materialized.

For what it's worth, Page Six shut down the romance rumors between the two and reported that nothing is going on between Jennifer and the "Silver Linings Playbook" actor

"[Cooper and Garner] are friends and have been forever, and that there is no truth to anything else," an insider told the outlet.

Jennifer Garner's romance rumors with Bradley Cooper spread like wildfire after it has been reported that she recently ended her two-year relationship with businessman and CaliBurger CEO John Miller.

Earlier this week, US Weekly confirmed that the two have split up on "very amicable terms."

"He was ready for marriage and she just couldn't commit. They parted on very amicable terms," a source told the outlet.

The "Peppermint" actress and Miller met through their mutual friends and started dating in 2018 after she had finalized her divorce with then-husband Ben Affleck -- whom she married in 2005 and called it quits in 2015.

Meanwhile, Miller, who is also the CEO of Cali Group, has been described as a "warm, fun and incredibly smart" person who has been an "amazing stepping stone" in Garner's life.

"He is a real success in the business world and has no interest in being in the entertainment industry," a source told Entertainment Tonight.

In 2019, the "Elektra" actress revealed that she was getting "serious" with her businessman boyfriend and felt "lucky" that she met him.

"Jen feels so lucky to have met John and their relationship only continues to grow," the source told ET. "They both wanted to take it slow, but it has gotten serious and they couldn't be happier. John's been at their Palisades house so much lately. They all [John, Jen, and their kids] stay up late playing board games."