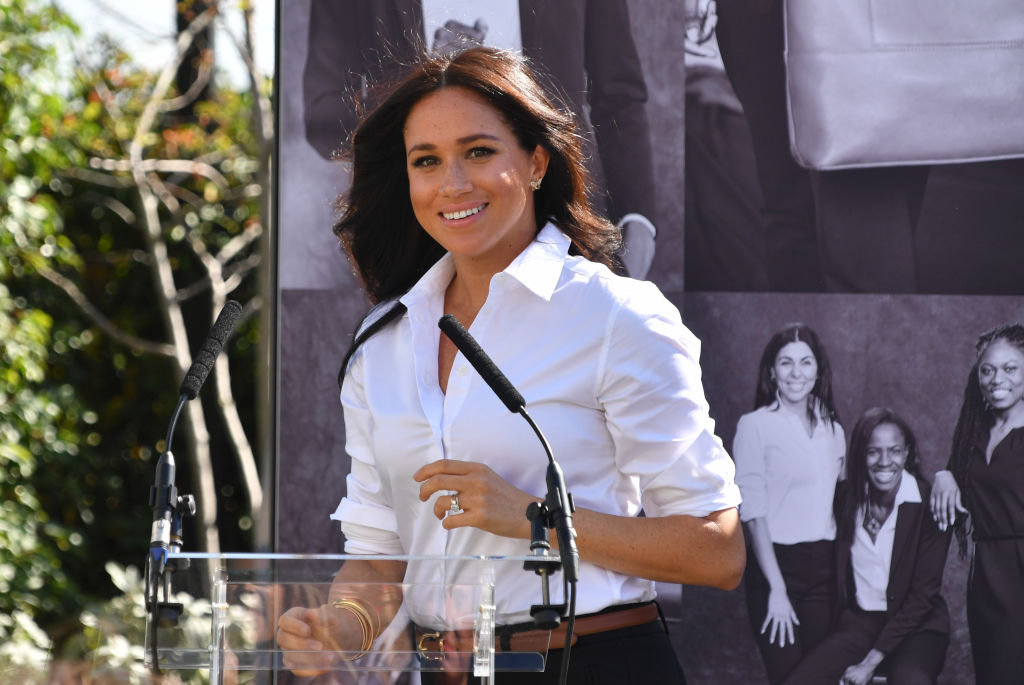 Ever since Prince Harry and Meghan Markle stepped down as senior members of the Royal Family earlier this year, the Duchess has yet to accommodate any interviews as an ex-working royal.

Roughly four months after the sensational "Megxit," the 39-year-old former "Suits" actress is now ready to take on the microphone. But would she spill the deets on the Royal Family and their shocking decision to quit as senior royals?

Well, it looks like royal fans would have to hold on their horses as the Meghan Markle interview will not be as explosive as we hope it should be.

Meghan's next public appearance would be her turn to ask questions as she is set to be the final speaker at a nonprofit news organization. As part of the "19th Represents Virtual Summit," the Duchess will be given a chance to interview the organization's co-founder and CEO, Emily Ramshaw.

In a Twitter post, Ramshaw shared her disbelief on how Meghan reached out to the organization and volunteered to do the interview that aims to build a diverse and representative newsroom focused on gender equality.

"She asked if she could interview me on 'storytelling that lifts up those who are too often underrepresented in the media,' and 'what it means to build a media outlet with gender equity, diversity, and community at its core,'" Ramshaw wrote.

We have a new addition to The #19thRepresents virtual summit — Meghan, The Duchess of Sussex.

The Duchess will join us on our final day of programming, Friday, Aug. 14, for a conversation with our co-founder and CEO, @eramshaw.

She asked if she could interview me on “storytelling that lifts up those who are too often underrepresented in the media,” and “what it means to build a media outlet with gender equity, diversity and community at its core.” — Emily Ramshaw (@eramshaw) August 6, 2020

The event, which entitled "Behind the 19th" will happen on Friday, August 14, 2020, will also mark the centennial anniversary of women's right to vote. It will also feature prominent women in politics, journalism, arts, and civics.

In a statement released to Glamour, the Duchess of Sussex said she is looking forward to the said interview.

"The 19th*'s commitment to reporting and storytelling that lifts up those who are too often underrepresented in the media has never been more important," Meghan said.

"I'm looking forward to asking the co-founder what it means to build a media outlet with gender equity, diversity, and the community at its core," she added.

Being a former actress and lifestyle blogger, Meghan is not new to facing the press and answering their questions. Even before marrying Prince Harry, Meghan is a regular on red carpet event where she often bumps into reporters asking questions about her career.

But this time, the tables will turn, and it would be Meghan's opportunity to ask questions to the members of the media, whom she had a sour relationship during her two years stint with the Royal Family.

Aside from the Meghan Markle interview, other powerful and influential will also take part in the virtual summit, including Kamala Harris, Hilary Clinton, Melinda Gates, Stacey Abrams Meryl Streep, and Zoe Saldana.

To those who wanted to watch Meghan Markle interview skill, they could pre-register to the event by visiting The 19th Represent official website.

Meghan's new virtual speaker gig came after she passionately spoke about "building up each other" during the virtual Girl Up Leadership summit last month.