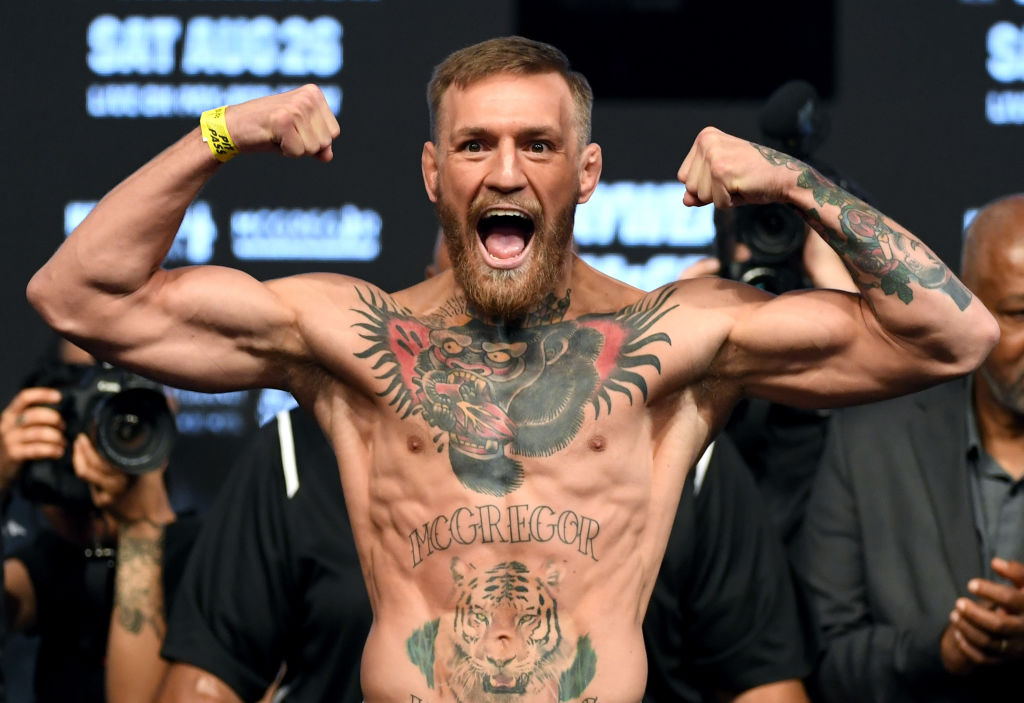 Even the alarming COVID-19 cases worldwide did not stop Conor McGregor in popping out the question and taking his relationship status to the next level.

On Saturday, McGregor shared some good news by announcing his engagement to his longtime girlfriend, Dee Devlin.

The 32-year-old recently retired UFC star took his excitement to his Instagram account and posted a photo of them looking overjoyed. In the same picture, Devlin flaunted the large rock on her finger, which confirmed the engagement.

"What a birthday, my future wife!" McGregor wrote. The update currently has 2.8 million likes, with thousands of followers showereing the couple with congratulatory messages.

One fan said, "Congratulations to use both. what a diamond."

"Ah guys absolutely delighted for you! Congratulations to you and @deedevlin1," another fan wrote.

McGregor and Devlin have been together for 12 years. The two began dating in 2008 shortly before the athlete dominated the octagon and rose to fame in the MMA world.

The couple is now proud parents to two kids -- 3-year-old Conor Jr. and 19-month-old Croia. For what it's worth though, Conor has never failed to thank her partner and soon-to-be-wife for staying with him through his journey.

In his previous interview with The Mirror, McGregor expressed his gratitude toward Devlin, who chose to be with him even when he had nothing.

"My girlfriend worked very hard throughout the years and stuck by me when I had essentially absolutely nothing," McGregor said. "I only had a dream that I was telling her. For me to be able to take her out of work, give her everything she's ever wanted, and to travel the world with her fills me with pride. It keeps me going."

He added that his life might have been different if his longtime girlfriend was not around to support him.

"My girlfriend has been there since the start. She has helped me throughout this career. If It wasn't for her, I probably wouldn't be where I am today."

McGregor to Focus on His Family?

The news of McGregor and Devlin's engagement came nearly two months after the UFC star announced his retirement for the third time in his career.

"Hey guys I've decided to retire from fighting," the athlete penned. "Thank you all for the amazing memories! What a ride it's been! Here is a picture of myself and my mother in Las Vegas post one of my World title wins! Pick the home of your dreams Mags I love you! Whatever you desire it's yours."

McGregor also told ESPN that he lost his excitement for the sport, causing him to make such a decision.

In March 2020, he shared a similar message with his fans about the future of his fighting career.

With that said, Conor McGregor might want to finally focus on his family even if that means giving up his career.