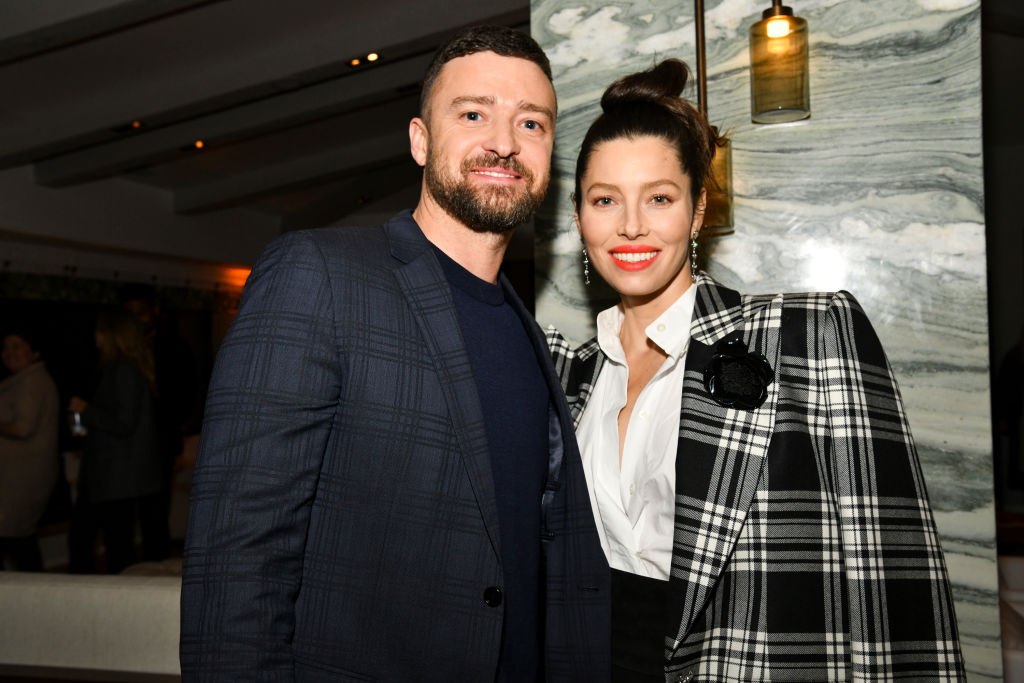 Pop icon Justin Timberlake and his A-lister actress wife Jessica Biel were allegedly about to file for divorce when the singer almost cheated on her.

But Biel reportedly decided to give her husband another chance.

The couple had hit a rough patch last year when Justin Timberlake was pictured holding hands with his "Palmer" co-star Alisha Wainwright.

Timberlake issued a public statement and apologized to his wife and family, calling the incident "alcohol-fueled" and "a strong lapse in judgment."

However, the "Cry Me A River" hitmaker maintains that nothing has ever happened between him and his co-star.

According to a friend close to the couple, he helped draft a "midterm agreement" to help Jessica Biel feel more secure in their marriage.

Speaking to OK! Magazine, it has been claimed that Timberlake "pledged that any proven cheating will result in Jessica getting the lion's share of their assets as well as primary custody of the kids."

This means that Justin Timberlake, with a net worth of $230 million, could lose millions if he cheated on his wife.

Meanwhile, Jessica Biel is worth $18 million.

The unnamed friend further claimed that the was adamant that he didn't cheat at Biel, but "this is another good way of reaffirming his commitment toward her."

"Justin's 100% confident that they've come out stronger from the horrible experience he put them through."

In an interview with SiriusXM Hits1 in April, Jessica Biel confirmed that she and his husband are "doing good."

Justin Timberlake and his wife have already patched things up since the controversy blew up in November 2019, the couple have welcomed their second child last month, and the source claims that they are "happy as ever."

"He knows how lucky he is that she's still with him."

Since Justin Timberlake still had that record of alleged cheating, his wife is reportedly still "calling all the shots for now," and there's nothing he can do about it.

Biel and Timberlake welcomed their child quietly in July, as confirmed by the singer's friend Brian McKnight to Hollywood Life.

There are still no new details about their second baby's name, who followed 5-year-old Silas Randall Timberlake.

Reports of Justin Timberlake and Jessica Biel's prenup is nothing new to the internet.

The couple has been married for eight years already, and back in 2013, The New York Daily News reported that there's an expensive lifestyle clause that was agreed upon by the pair before they tied the knot that same year.

In December 2019, the same year Justin Timberlake and Alisha Wainright were allegedly caught holding hands, FOX Business believed that the "Señorita" singer could lose a significant sum of money if he were considered unfaithful.

The report claimed that it was going to cost Timberlake $500,000. However, it was not clear what would constitute "infinitely" in their clause, since Justin Timberlake denied cheating on his wife.

Their prenup also didn't say how Timberlake and Biel would move forward with a divorce if there were a cheating scandal.

During that entire time, Jessica Biel intended to work things through with the allegations surrounding his husband.