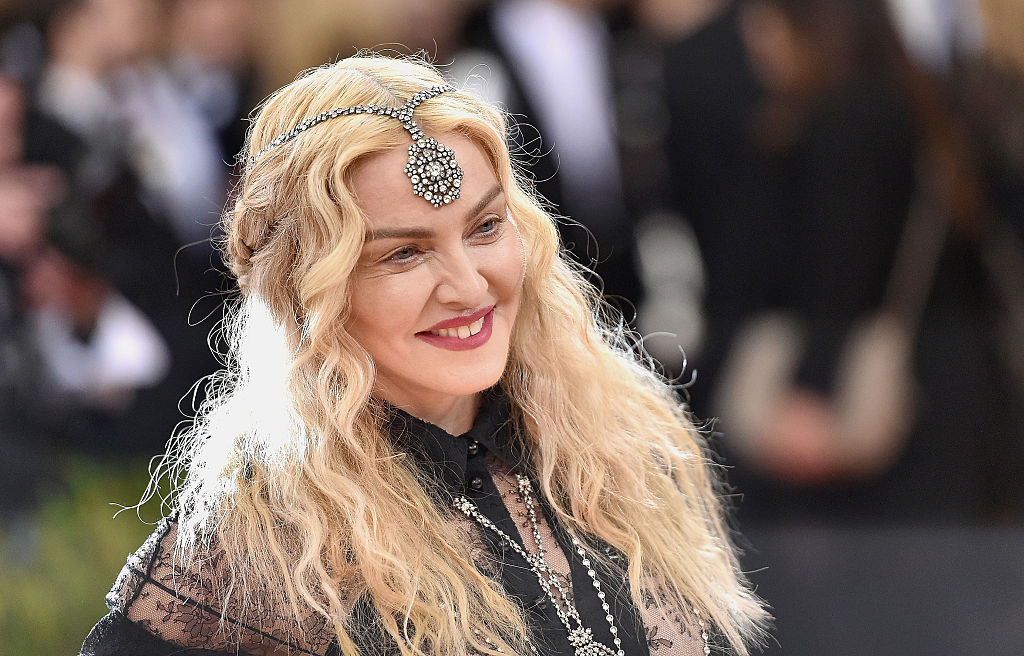 Madonna dropped a wild birthday bash in Jamaica as she turned 62.

The Queen of Pop -- alongside her children Lourdes and twin daughters Estere and Stella, as well as her rumored boyfriend Ahlamalik Williams -- flew to the Caribbean over the weekend to celebrate her milestone.

Looking youthful as ever, the "Material Girl" hitmaker took to social media to share to her millions of followers a glimpse of her birthday bash.

In one clip, the Grammy Award winner spent the night singing and dancing with Wiliams along with a group playing reggae music.

"Birthday fun in Jamaica," Madonna wrote followed by three Jamaican flag emojis. "Thank you for being so welcoming."

In the earlier part of the clip, Madonna was seen turning down a hit off-joint being offered by his boy toy.

Madonna and Her Tray Full of Marijuana

However, there's one bizarre Instagram photo of the Queen of Pop where she posed with a tray of cannabis and a joint in her mouth.

"Welcome to Jamaica," Madonna captioned the snap followed by a Jamaican flag emoji and hashtags Leo and birthday.

In the same post, Madonna was seen with her 23-year-old daughter, who was donning a bright blue tube dress while holding a margarita.

Meanwhile, in another photo, the legendary singer appeared to be having a fun time with her beau as they both have drinks in their hands.

Friends and fans greeted the "What It Feels Like for a Girl" songstress, while others criticized her post and suggested that she is in a "mid-life crisis."

"Oh god Madonna you are having a middle life crisis," one user wrote.

Another fan seemed to be worried about the award-winning singer and pleaded to avoid drugs: "MADONNA. DRUGS NOT PLEASE. NO NO NO NO MADONNA. I LOVE YOU SO MUCH! NO, PLEASE. MY HEART CRIES."

Meanwhile, a concerned fan pointed out Madonna's appearance and urged her to stop having plastic surgeries.

"Please stop with the plastic surgery... you've lost your beauty that made the world fall in love with you... such a shame."

A fourth user gave her thoughts about the music icon's new boyfriend and wrote: "I don't like the boyfriend. Nope, not one bit!"

Late last year, rumors sparked that the Queen of Pop was dating a much younger boyfriend after the two were spotted cuddling on a hotel balcony in Miami.

According to reports, Williams is a backup dancer of Madonna during her Madame X tour in Europe and America.

The 25-year-old is a professional dancer who dreams of "changing the world through art." A son of a retired United States Navy veteran, he was born and raised in California alongside two other siblings.

As cited by the Mirror, Williams' parents approved the May-December affair of their son to Madonna.

Despite their age gap, his father, Drue, encouraged his son to pursue the relationship and expressed his belief that Ahlamalik is in the right age to make his own decision.

His mother, on the other hand, believes that the singer is going to stick by her son because of his talents.