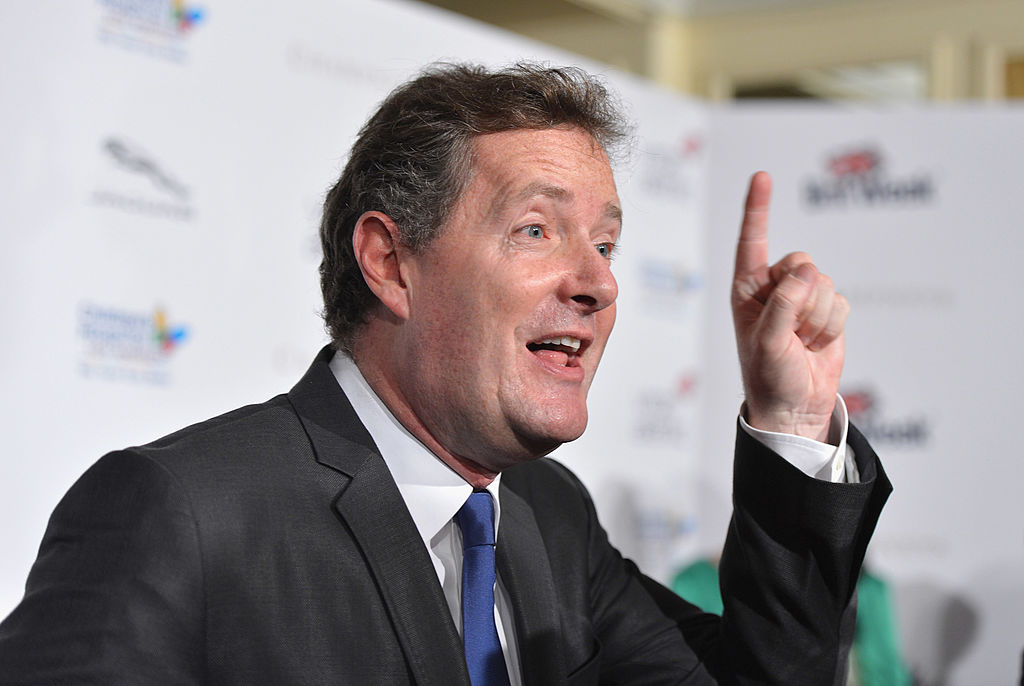 Piers Morgan has a way of saying things to infuriate people. He may or may not be right, but his manner of delivering what he wants to say is often what is controversial.

For instance, he was recently bashed for his COVID-19 comments. However, his response was that he has the right to say what he did because he is an A-list celebrity.

Madonna does not even compare, he claimed.

Piers Morgan, the notably outspoken host of "Good Morning Britain," ignited the emotions of many when he tweeted that those who believe the COVID-19 pandemic is over are delusional and should just unfollow him.

Like I said, it's barely started.
I suggest we listen to the world's experts & not T-list 'celebrities' about this virus.
Lives will depend upon it. https://t.co/14pK7svfWi — Piers Morgan (@piersmorgan) August 26, 2020

While his argument might not necessarily be wrong, his manner of saying what he wanted to say naturally came out wrong.

Like many times in the past, he has been branded as someone who is close-minded and would never be the one to engage in an intelligent debate. Instead, his route is to slice and cut as he pleases. This time, he even dragged celebrities in on his rant.

"I  think it might be easier if all those who've deluded themselves into thinking the pandemic is 'over' to unfollow me," he wrote. ""There are plenty of T-list celebs & ex-sportsmen who agree with you - so follow them & read what you want to hear, then you won't get so angry all the time," Morgan added.

His tweet insulted many, particularly those who can intelligibly argue why they think the economy should still open even though the pandemic is still raging. They did not appreciate being looked down upon like that and being assumed to be Morgan's followers in the first place.

One of those insulted by the tweet said that he never followed Piers anyway, but that does not mean he can treat them as if they are beneath him already.

The critic also said that there's a wealth of difference between thinking the COVID-19 is over, which Piers is accusing them of, and thinking that the country has to move forward despite the pandemic. Otherwise, the economy is going to go bust.

This is one argument that has gained traction when people realize that the pandemic is not an easy one to end. Ending it just by implementing lockdown and quarantine measures might kill people because of the lack of economic activity.

Then the critic hit back, "BTW are you an A-list celeb?"

Piers Morgan totally ignored the critic's valid points and hit back by saying he's more of a celebrity than Madonna because he got more followers than her.

"Well, I have three times as many followers as @Madonna, so...," Morgan wrote.

Madonna must now be shaking.

Morgan is no newbie to Twitter wars. He is regularly caught in one that this news does not even sound surprising. Only the fact that he dared compare himself to Madonna is the shocking bit.

Apart from constantly saying negative things about Prince Harry and Meghan Markle, Piers is also always on some row with other television personalities.

This week, he fought with Carol McGriffin over his triggering COVID-19 pandemic comment. When Griffin called his opinion out and said it was BS, Morgan hit the block button and told his followers that he wanted Griffin's mindless tirade off his feed.

This action did not impress the "Loose Women" panelist, saying he is a hypocrite. Speaking on Kevin O'Sullivan's TalkRadio show, Carol said that while Piers is all about free speech, he cannot stand it when people disagree with him. This means he cannot practice what he preaches.