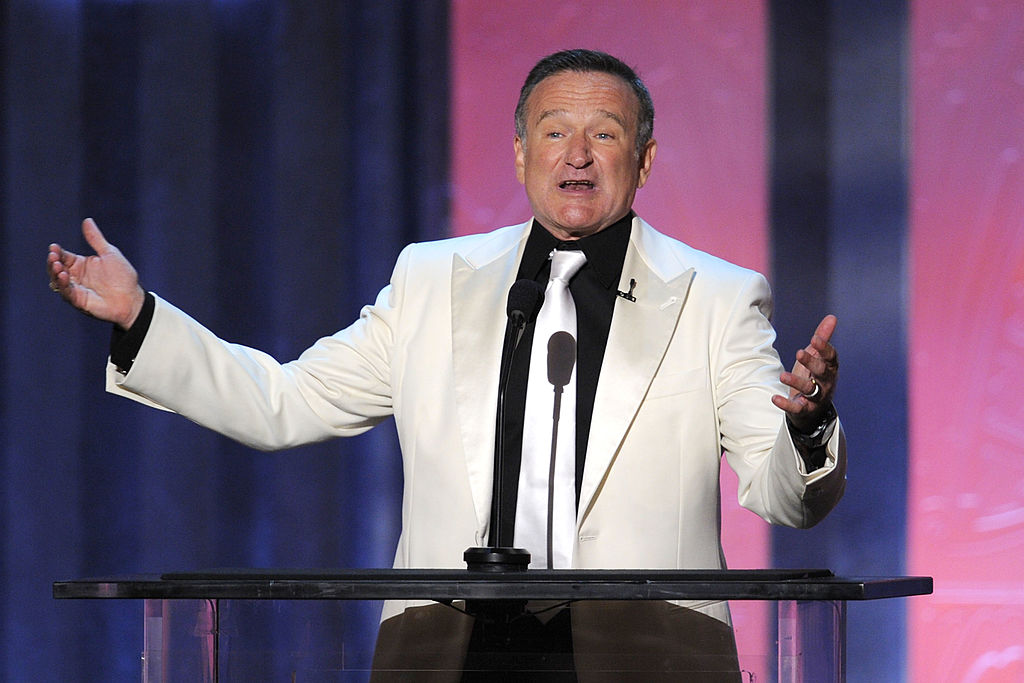 The documentary of Robin Williams' last days is not just meant to reveal how much the actor suffered before he committed suicide. In fact, that is missing the point. Rather, "Robin's Wish" is designed to do one important thing: educate people about Lewy Body Dementia.

The actor was diagnosed with Lewy Body Dementia only when an autopsy was performed on his body. This means that he was suffering all sorts of physical and mental pains for months without really being told what he was dealing with. The fact eluded the doctors who were trying to treat him.

All of a sudden, the cheerful, funny guy became a depressed person who was crying about his inability to act.

Even though it was sad enough that the actor committed suicide -- most probably because what he was going through was starting to feel unbearable -- what's sadder is that he did not even know what he had. Robin knew there was more to his sickness, but he never got the chance to know his true diagnosis.

The documentary is designed to spread awareness of this rare form of dementia. While there is truly no cure yet for Lewy Body Dementia, knowing what one is dealing with can ease some of the fear and burden one is feeling.

If the documentary was not enough, we would like to extend Robin's wish to share facts about it. it's imperative to be informed.

LBD Is the Second Most Common Form of Degenerative Dementia

Despite being the second most common, the doctors had a hard time diagnosing it on Robin Williams' case. The only other form of degenerative dementia more common than LBD is Alzheimer's Disease.

Probably because there are many similar symptoms, Robin's condition was not diagnosed correctly. LBD is an umbrella term for dementia wherein there are Lewy bodies disrupting the brain.

LBD Can Manifest in Three Ways

It is necessary to know how LBD can manifest on someone we love to better treat and prepare for a hard battle. Regardless of what way LBD manifests on a person, people with LBD will commonly develop certain similar cognitive, physical, sleep, and behavioral patterns.

First, the person will experience movement disorder. When consulted with an expert, this would usually be diagnosed as Parkinson's Disease and develop dementia later. Specifically, a person with malfunctioning movements can be diagnosed as having Parkinson's disease dementia.

Second, some might have a cognitive or memory disorder first, which would again be mistaken for AD. However, at least two of the distinctive features of Lewy Body Dementia will ultimately show up.

Third and last, a person with LBD might start with having neuropsychiatric symptoms. The person might hallucinate, behave in ways unlike before, and have issues with complex mental activities.

LBDSymptoms Can Be Varied and Unrelated To Each Other

A person with LBD would have many and varying symptoms. These symptoms do not manifest at the same time. As Robin Williams' wife detailed in the past, they were sent into a wild goose chase trying to understand what is happening to the actor.

An early and accurate diagnosis of LBD is crucial

Even though there is no exact cure for LBD yet, early and accurate diagnosis prevents the condition from getting worse or getting worse faster. If a person is misdiagnosed with Alzheimer's or other mental health disorders, the treatments provided for these conditions can worsen LBD symptoms.

Unfortunately for the actor, he was not given an early nor an accurate diagnosis of his condition.

To know more about this disease, you can check this link.

READ MORE: Robin Williams' Last Days Before Suicide Alarmed Friends: 'He was Sobbing at the End of the Day Every Day!'