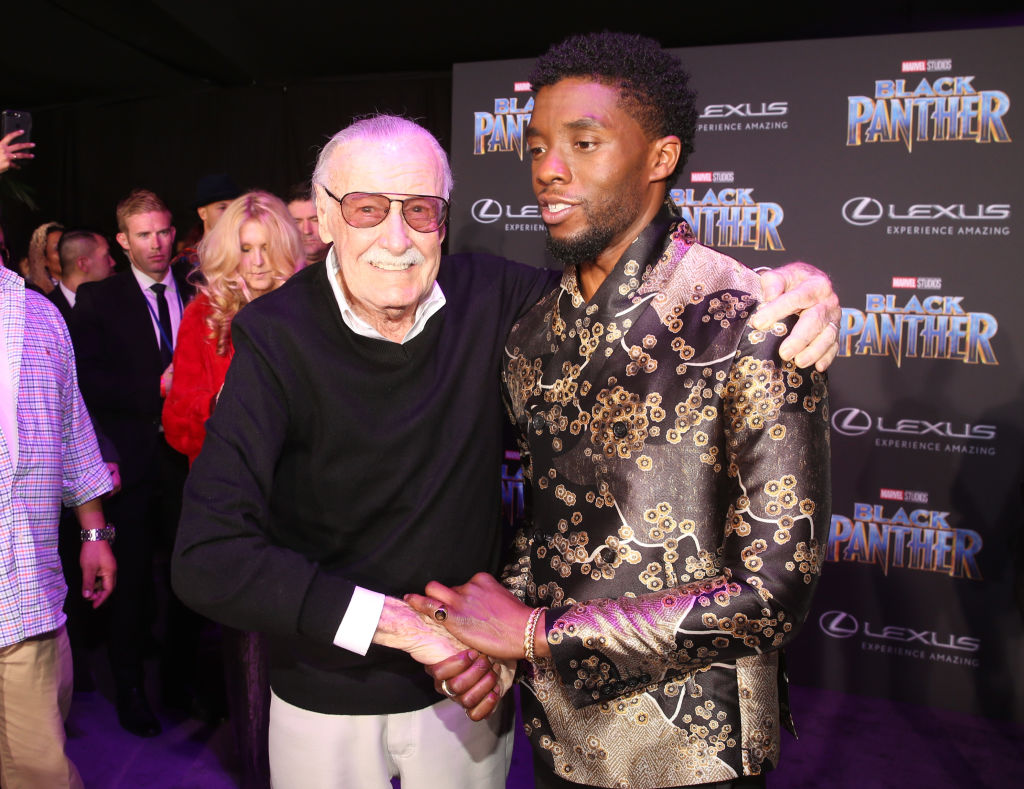 Marvel Studios lost two of its brightest stars in Stan Lee and Chadwick Boseman. Now, their reunion in heaven is pictured in a heartbreaking fan-made video.

For years, Marvel has been transforming Stan Lee's masterpieces into awesome movies. Without his work, the Marvel Cinematic Universe would not exist at all.

Out of the countless superheroes he created, Boseman became one of the luckiest actors to secure a spot in the MCU.

In 2016, the 43-year-old actor landed the role of T'Challa/Black Panther in "Captain America: Civil War," marking his first film in a five-picture deal with the studio.

Boseman then went on to lead Wakanda in the 2018 film "Black Panther," which became the top-grossing superhero film in the U.S. that year.

Stan Lee, aside from making award-winning comics, was also known as the "King of Cameos." Before his death two years ago, he joined the filming and did a cameo in "Black Panther."

But who would have thought that Stan Lee and Boseman would reunite immediately after the legendary comic book creator's death?

In a new fan-made video created by TikTok user @markcannataroffilms, which has been reposted by multiple users online, he showed how Lee waited for the actor with clouds surrounding them.

As Boseman did the remarkable "Wakanda Forever" salute, Stan Lee responded with the same as he smiled at the actor.

After reaching the entrance, the two walked side-by-side toward the gates of heaven before the light blurs the whole clip.

The fan-made video made MCU fans cry hard, especially since Wiz Khalifa and Charlie Puth's "See You Again" was played in the background.

On Reddit, a user named Moon0079 (via MadeMeSmile) shared a graphic illustration that showed Stan Lee hugging Boseman and telling him, "You did good, kid."

Fans and followers freely shared their feelings toward it by leaving heartfelt messages on the comment section.

One Reddit user said, "OMG THE WAY HIS FACE MORPHS AROUND HIS ARM I LOVE THIS."

"I find it somewhat relieving that one day all of these actors who played these hero's will one day get to see him again," another one wrote.

"two legends in the same picture," one user said. "I'm not crying, your crying!" [sic]

In 2018, Stan Lee died at the age of 95 due to cardiac arrest. Medical staff still tried to revive him when he was rushed to Cedars-Sinai Medical Center in Los Angeles, but he eventually succumbed due to complications.

Nearly two years later, Boseman joined him in heaven after losing his battle against colon cancer, which he kept a secret for years.

READ MORE: Chadwick Boseman's Death: The TRUTH Why His Colon Cancer Was Kept a Secret