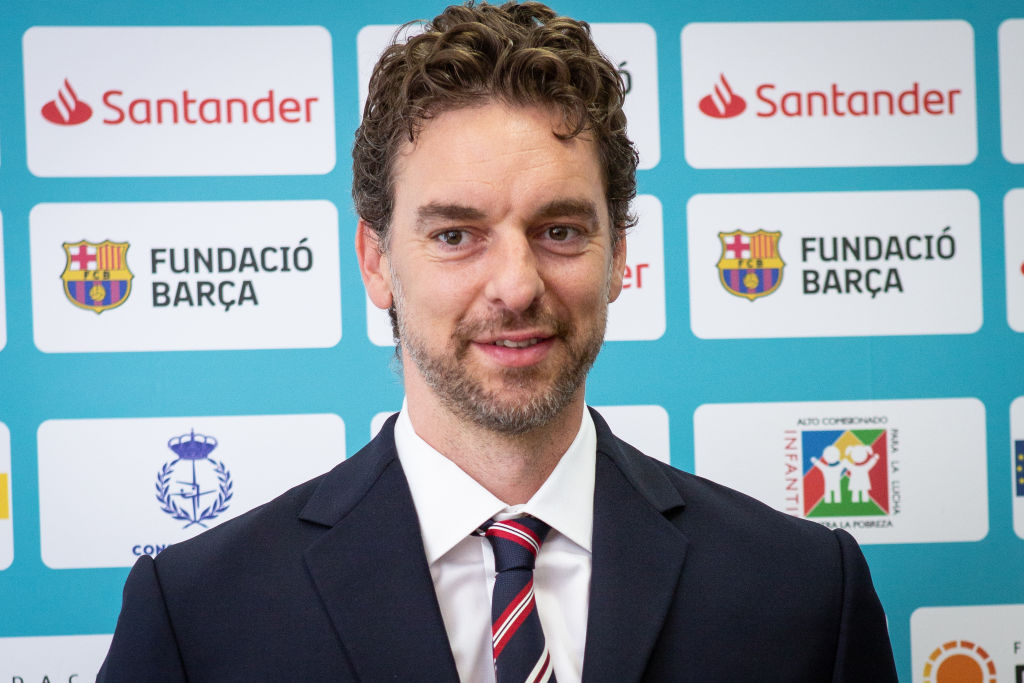 Paul Gasol is a new #girldad, and he couldn't be any happier. However, while his glee is off the charts because of his new blessing, his mind is still with his late friend Kobe Bryant.

In an ultimate act of love and respect for the legendary basketball player, Gasol named his new baby after Kobe's daughter, Gianna Bryant, who also passed away alongside his father.

The former Los Angeles Lakers big man took to Twitter to announce the birth of his and his wife's first child, and it is apparent in the picture how happy he is. Apart from naming his daughter after Kobe's, he added the hashtag #girldad -- which Kobe has become known in the wake of his death due to a tragic plane crash.

"Our little one has finally arrived!! The delivery went really well, and we couldn't be happier!! Elisabet Gianna Gasol , a very meaningful name for our super beautiful daughter!! ️‍‍ #girldad," Gasol wrote. He also said the same in Spanish.

To make the tender moment even more memorable in his fans' eyes, Pau posted a shot of him and his wife Catherine McDonnell holding Elisabet's tiny hand (which was clasping tightly on her mother's finger).

It must be one of the greatest days for Gasol, although it is clear that he still misses his former teammate a lot. It's a massive way to honor Kobe since this means his little daughter will always be a reminder of the basketball player and his daughter -- even as time passes and she grows up.

Kobe Bryant and Gianna died along with seven others when the helicopter they were risiding crashed in Calabasas last January. The NBA community was shocked at the news, wondering if it was even true at the time.

Clearly, Pau was devastated with the news and chose to live on by making sure Kobe would not be forgotten for a long time.

This is not the first time that Pau Gasol grandly remembers Kobe, though. Three weeks before Catherine delivered their first baby, Gasol took to social media to share a heartwarming picture of his wife with Kobe's widow and children.

Gasol captioned the tear-jerking post with, "My wife, my future baby, my sister, and my nieces."

When the athlete wrote "my future baby," he was referring to the child his wife was carrying. McDonnell and Gasol were married back in July 2019.

On Kobe's birthday, Gasol was also one of those who shared a heartwarming message about him and reminded people again of Bryant's legacy.

"Happy birthday brother. Kobe taught us to be better. A better scorer, better mentor, better father, better champion. Today, on his birthday, we continue his endless pursuit of better."

It's right to assume that Bryant is not likely to vanish from people's minds and hearts any time soon, or forever. The people he touched personally and professionally by showing how he handles his gameplays are too many to count. Like Gasol, these people will make sure Bryant will live in the hearts of the fans forever.