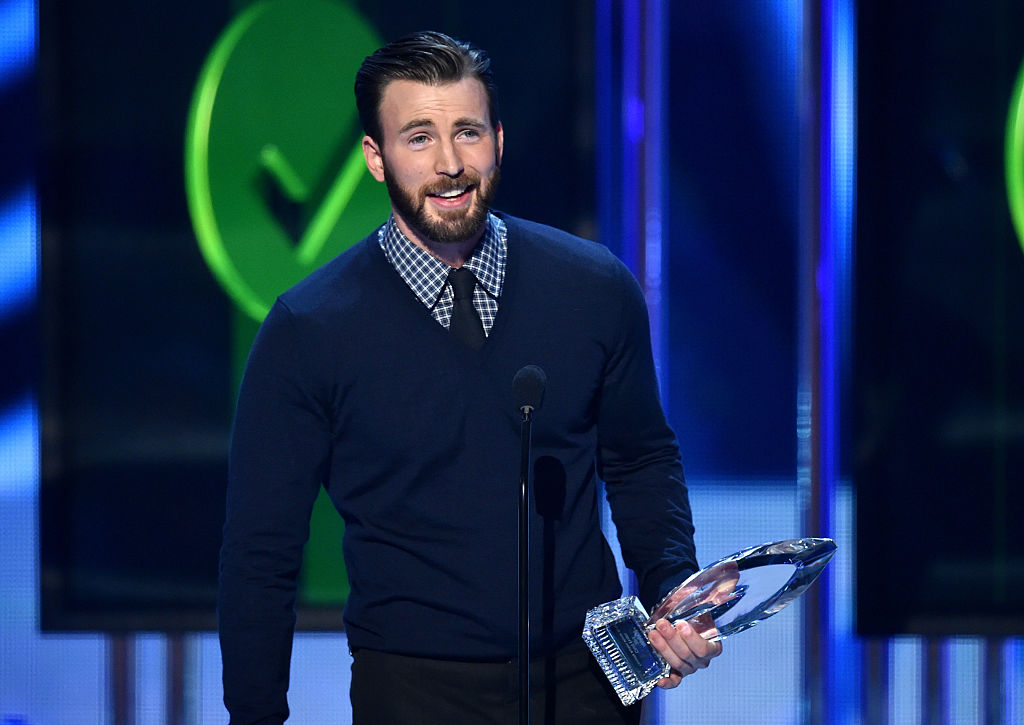 After dropping a "huge package" on social media over the weekend, Chris Evans finally broke his silence and made a simple request to the public.

The "Captain America" star became true to his character as he addressed the explicit photo he accidentally shared on Instagram.

Instead of going for a lengthy explanation, the 39-year-old actor opted for a low-key yet humorous response that would surely make Captain America proud.

In a Twitter post, Chris Evans handled the situation perfectly by turning his social media gaffle into an epic public service announcement encouraging people to vote.

"Now that I have your attention... VOTE Nov 3rd!!!" Evans wrote, adding a facepalm and shrug emoji.

Now that I have your attention
‍️‍️....

Evans' tweet now gained more than 650,000 likes has also earned massive compliments from Twitter users who applauded him for turning a scandalous moment into a powerful reminder to the citizens.

"My boy! Proud of him. Got MY attention!" actress and activist Jamie Lee Curtis replied.

One fan commented: "Using leaked nudes for the betterment of America. There literally has never been a man more worthy of the title 'Captain America.'"

"Every move he makes is a power move," another one added.

Leaking His Own Nudes

It could be recalled that over the weekend, Chris Evans became an instant trending topic on social media after he accidentally shared an NSFW (not safe for work) photo featuring his male genitalia.

It all started when Evans took to Instagram and shared a glimpse of his camera roll content. The Instagram story clip showed the "recent" folder on his library features pretty much wholesome photos and thumbnail of short clips.

However, eagle-eyed internet users spotted what it appears like a silhouette shot of the actors' manhood. While Chris Evans quickly turned down the said clip, some fans are also quick to take a screenshot and leak the photo on the internet.

The leaked d*ck pic immediately gave birth to memes, jokes, and vaguely related posts. Some users claim the photo was fake, while others suggested that the explicit picture could be the private part of his younger brother, Scott Evans, whose nude photos have leaked before.

Even his Marvel co-stars Mark Ruffalo (popularly known as Incredible Hulk) jumped on the trending topic and tried to console Evans by saying: "@ChrisEvans Bro, while Trump is in office there is NOTHING you could possibly do to embarrass yourself. See... silver lining."

His brother, Scott even tried to play innocent saying he was offline the other day and asked the Twitter users what he just missed.

Meanwhile, some of his avid fans are quick to protect the "Snowpiercer" star and reminded everyone that vans suffered a mental health episode in the past and suggested that these leaked nudes could trigger his anxieties.

Others tried to protect him from the embarrassment by flooding Twitter with photos of him and his beloved pet dog, Dodger.