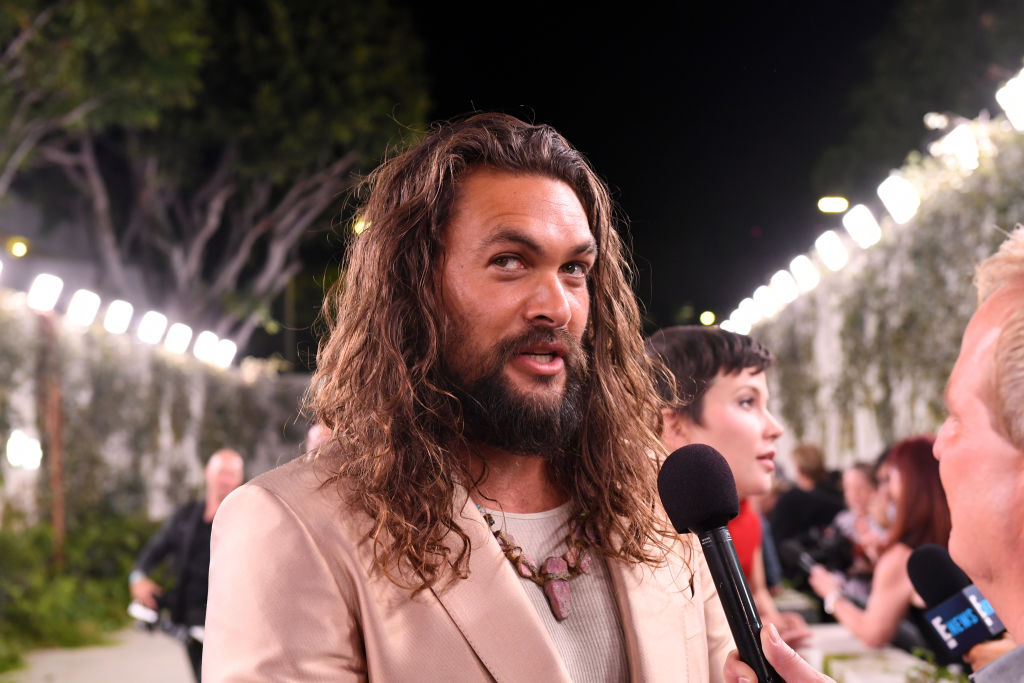 Jason Momoa may have just confirmed that the allegations of abuse on the "Justice League" set are true.

This came after Ray Fisher claimed that he was not treated properly and was abused on the "Justice League" set when they were filming.

On Monday, the 41-year-old "Aquaman" star took to Instagram and posted a photo of him and Fisher during the 2017 Comic Con. While it seemed like a throwback picture for some, Momoa made a rather lenghty rant that revealed the ugly experience they had during the reshoots for the blockbuster superhero flick.

"THIS S--T HAS TO STOP AND NEEDS TO BE LOOKED AT @ray8fisher AND EVERYONE ELSE WHO EXPERIENCED WHAT HAPPEN UNDER THE WATCH OF @wbpictures NEEDS PROPER INVESTIGATION," Momoa wrote, suggesting that they were really not treated well that time.

Momoa also slammed the "fake Frosty announcement" released without his permission, which he claimed was made to distract from Fisher's claims.

In the same post, Momoa urged Warner Bros. to conduct a thorough investigation about the issue and hold people accountable.

The actor ended his post with the hashtag #IStandWithRayFisher to show his support for his co-star.

Earlier this week, Momoa posted another photo of Fisher and wrote the hashtag "#IStandWithRayFisher" in his Instagram Story.

The "Cyborg" star then shared a screenshot of Momoa's post on Twitter alongside the caption, "Let's Go!!! #BORGLIFE Accountability>Entertainment."

What Did Ray Fisher Say About the Alleged Mistreatment

It all started in July when Ray Fisher accused Joss Wheadon, one of the directors, of not treating the cast properly in the "Justice League" set.

"Joss Wheadon's on-treatment of the cast and crew of 'Justice League' was gross, abusive, unprofessional, and completely unacceptable. He was enabled in many ways by Geoff Johns and Jon Berg. Accountability > Entertainment," Fisher wrote on his Instagram account.

He also raised his concern on what the film's creative team did to his character in the movie.

Per Fisher, he made suggestions for his role to have a better scene. However, they failed to include it in the script.

He also accused DC Films chief Walter Hamada of attempting to downplay his accusations and Johns threatening his career.

Meanwhile, Warner Bros. vehemently denied Fisher's allegations against Hamada. The studio also fired back and said that he was not cooperative with their investigation process as he declined to speak with the investigator.

In return, Fisher disputed the statement and shared "proof" that he sent a message to his crew after his meeting with the investigator.

On Monday, he disclosed that the independent firm hired by Warner Bros. "has avoided contacting key witnesses who gave a damning statement to WB HR."

Fisher further claimed that it left out those who have implicated the former and current top-level executives and only interviewed those individuals who only called him to apologize.

"We will not let ANY investigator cherry-pick interviewees that best suit @wbpictures' false narrative and scapegoating efforts. ALL with stories WILL be heard," Fisher concluded.

Fans are now worried over the future of "Aquaman 2" since Momoa involved himself in this ugly battle between Warner Bros. and Fisher.