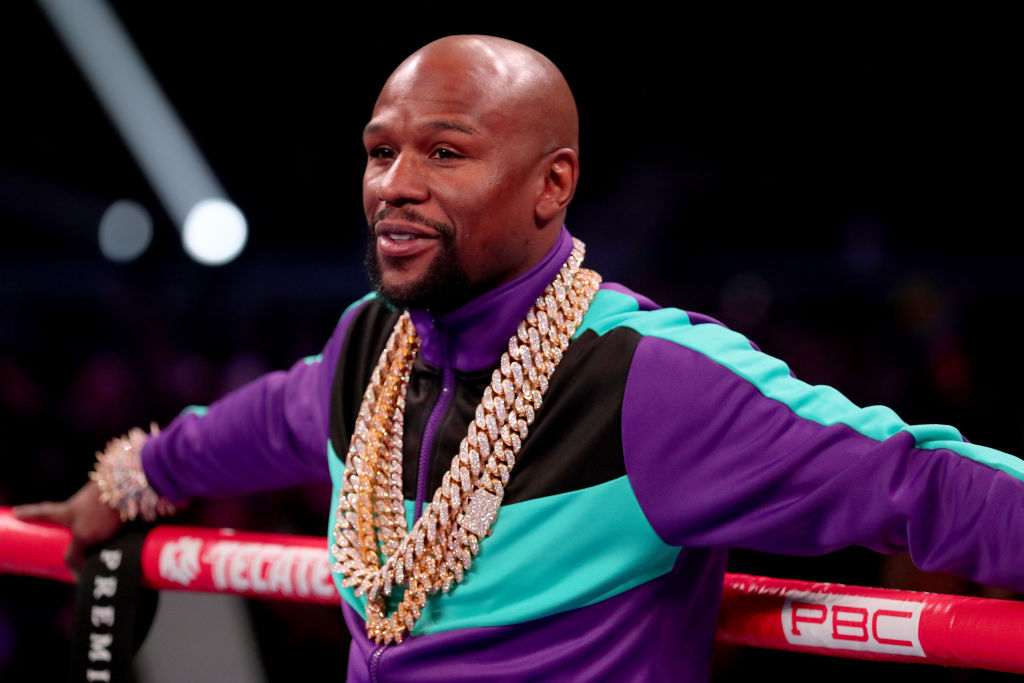 Floyd Mayweather is reportedly coming out of his retirement to face the notorious Youtube star Logan Paul.

Since last year, Paul has been consistent in challenging Mayweather to a fight. The boxing champ never responded before, but he reportedly (and finally) green-lighted the exhibition match scheduled later this 2020

Per Paul's fellow YouTuber Daniel Keem, the 43-year-old undefeated boxing star apparently accepted the challenge. Mayweather and his reps are still yet to make official comments, but if this pushes through, this will be the boxer's first one-time fight since 2017.

Meanwhile, Mike Feinberg of The Fighting News confirmed that the one-on-one match is indeed being finalized. However, he still made sure to add his two cents about it being a "joke," so it is still something to take with a grain of salt.

"I've got some breaking news for you. Floyd Mayweather Jr. is coming out of retirement and has just officially signed a contract to fight in an exhibition match against Logan Paul - YouTube sensation Logan Paul," Feinberg said per John Newby of popculture.

Per Feinberg, he truly cannot understand why Paul initiated it and wanted to go against the former professional boxer. It is worth noting that throughout Mayweather's career, he had 50 fights and won it all -- 27 of which were wins via knockout.

"He's going to be fighting one of the best in Floyd Mayweather. It's going to be a joke of a fight, but it's signed. It's official," he went on, assuring that he heard the news from a reputable source.

For his part, Paul has only had a pair of amateur fights against British YouTuber Olajide Olatunji, more commonly known as KSI.

He only had two fights in his entire life -- and he lost both matchups.

Aside from the Youtuber, UFC lightweight champion Khabib Nurmagomedov, who defeated McGregor at UFC 229, also asked Mayweather to a boxing match last year.

There is reportedly a potential rematch against Manny Pacquiao, too.

Mayweather Hinting a Return Even Before Paul's Invitation?

Last year, the Pretty Boy expressed on Instagram that he has wanted to make a comeback for some time already.

He did not mention whether it would be in the ring or the Octagon, though, but he previously worked on an event with UFC boss Dana White. No one knows if the partnership is still in the works.

This adds more to the possibility of him returning to the boxing ring instead. Once he confirms it himself, then Logan Paul would be his first contender for the said exhibition match.

Floyd Mayweather is no stranger to a one-time fight like this. He already faced former two-division UFC champion Conor McGregor in a boxing match in August of 2017. Mayweather won via TKO in the 10th Round, and the victory pushed him to surpass Rocky Marciano's 49-0 mark.

Paul has the size and potential as a boxer, but he likely can't hold a candle against a professional boxer as fast and technical as Mayweather.

Once boxing fans see them in the ring, someone will surely walk away with a broken tooth and messy face.