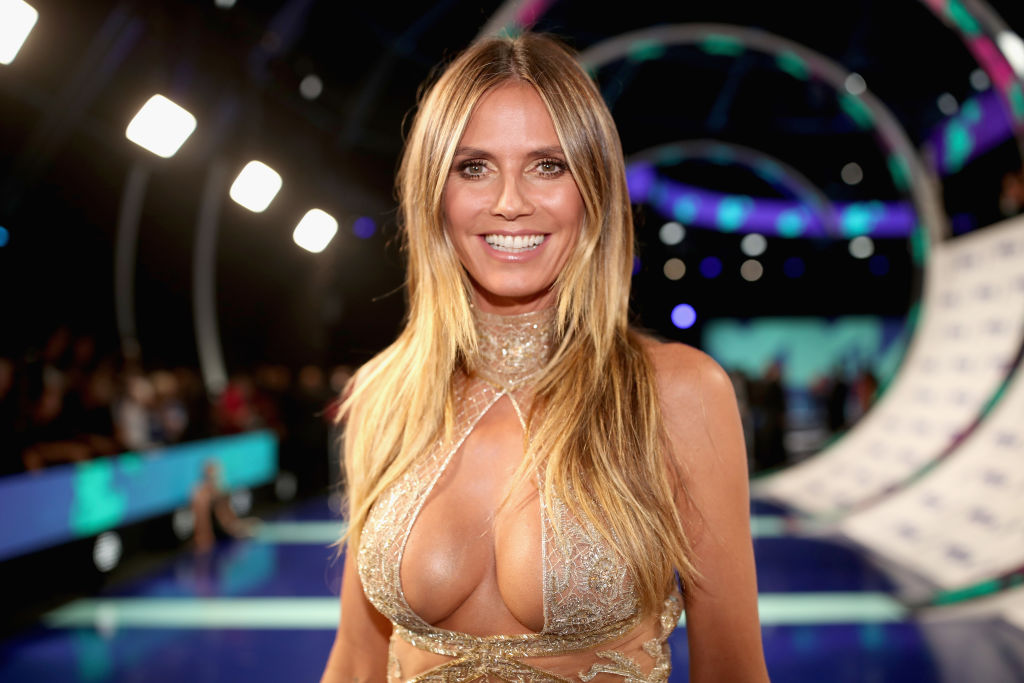 Heidi Klum had the scare of the lifetime after she was visited by an unexpected guest at her Los Angeles home over the weekend.

The German supermodel, her husband Tom Kaulitz and their four children are currently living in their $9.8 million Bel-Air mansion located in a secluded gated neighborhood in Stone Ridge.

The "America's Got Talent" judge was alarmed after an intruder began "pounding" her front door while pointing out that he was sent by Jesus to come to her house, an insider told  TMZ.

The 47-year-old model, who was at home during the bizarre incident, didn't see the stranger since someone from their household answered the door.

Meanwhile, law enforcement sources revealed to the outlet that after receiving a call, the Los Angeles Police Department immediately rushed to Klum's property only to find that the man had already left the property.

Fortunately, after a quick search of the area, LAPD found him on a nearby road looking "confused."

Moreover, based on the investigation, the authorities discovered that the stranger is suffering from mental health issues. This prompted LAPD to place him on a 5150 psychiatric hold.

Heidi Klum Locked Up in Bitter Court Battle With Seal

The unfortunate incident came weeks after the "Project Runway" host was tied up in a bitter court battle with her ex-husband Seal, whom she shares her children: Leni, 16, Henry, 14, Johan, 13, and Lou, 10.

Last month, multiple reports cited that Klum took legal action after the three-time Grammy Award winner tried to block her from taking their kids to Germany this October.

The "Making the Cut" host is set to return to her native country to film a brand new season of "Germany's Next Top Model," where she will be the lead judge and host.

In the court filings, the blonde beauty claimed that her ex-husband, whose real name is Henry Olusegun Adeola Samuel, can visit their kids in Germany anytime and there's no need to prevent them from traveling.

"Also, as Henry has a British passport, he would be able to visit the children while they are in Germany if he wishes to do so," the supermodel wrote.

The "Kiss from a Rose" hitmaker said that he has a good reason to restrain his kids from traveling with his former wife.

According to reports obtained by The Blast, Seal thought that Klum had a "hidden agenda" to permanently move their kids to Germany.

"Notwithstanding Heidi's request, if granted, it could in effect move the children away from me and their home here in Los Angeles to Germany for what could be an indefinite period of time," Seal mentioned in the court documents.

He also pointed out the danger of leaving the country due to the global pandemic.

"Given the uncertainty of the impact of COVID-19 on this country's and Germany's travel restrictions, which could change at any time and prevent the children from leaving Germany or from entering the United States."