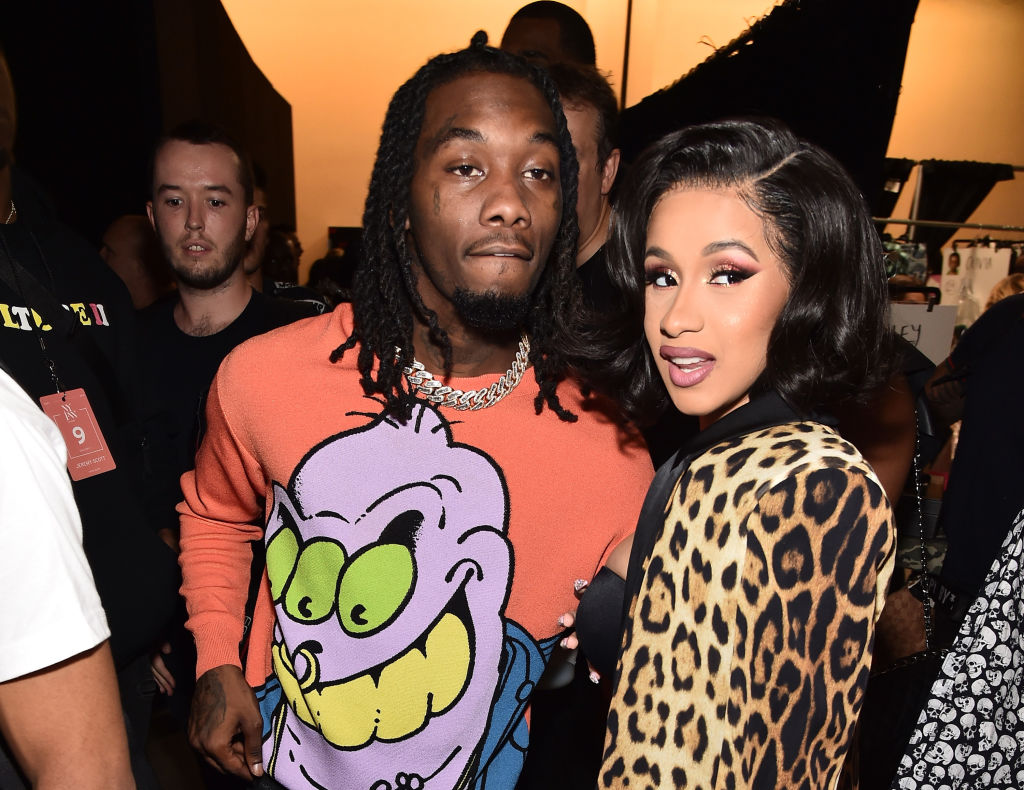 Cardi B sent her fans into a total frenzy when the news broke that she filed a divorce from her husband, Offset, after nearly three years of marriage.

According to reports, the "WAP" hitmaker cited an "irretrievably broken" relationship with "no prospect for reconciliation," as the reason for ending their marriage.

The 27-year-old rapper shares her 2-year-old daughter, Kulture, with Offset, which she is initially seeking to get legal and primary custody.

USA Today reported that Cardi B is also demanding to settle both child support and legal fees from the divorce case and get an equal division of their marital asset aside from child custody.

Rumor has it that the Cardi B found out that the "Ghostface Killer" rapper is cheating on her once again, that is why she came up with the decision to end their marriage.

Meanwhile, other tittle-tattle suggests that Cardi B's 28-year-old husband impregnated another woman and is expecting a baby out of wedlock.

However, Cardi B is quick to defend her now estranged-husband by slamming the third party rumors.

According to Page Six, a source close to Cardi B labeled the issue of Offset impregnating another woman as "super false."

"There is no other child. No baby is on the way. That rumor is super false," the insider said.

"Cardi is thinking of her child and wants everything to be amicable. She's evolved over the years and continues to," the insider added.

Furthermore, Cardi B has been very generous to Offset when she found out that her legal filing initially requested Kulture's primary custody. The source revealed that the rapper immediately had the documents amended as she wants both of them to have equal custody for their only girl.

"She went back to have the petition amended because she wasn't aware that it read 'primary custody,'" the source revealed.

"She wants them both to have custody and to co-parent. She's not requesting spousal support or child support. She wants everything to be super amicable," the source added.

While Cardi B denied Offset's alleged unfaithfulness, it is no doubt that these kinds of rumors hunt them due to her husband's cheating scandals in the past.

It could be recalled that the infidelity allegations started in 2018, just three months after Cardi B and Offset's secret marriage in September 2017. The rapper allegedly had a sex tape with another woman.

While the couple did not confirm or deny the cheating accusations, the "Bodak Yellow" rapper seemingly confirmed it when she unleashed a Twitter rant against haters judging their marriage.

Cardi B and Offset tried to work on their relationship and stayed married for months until they briefly separated in 2018. In an Instagram story entry, the rapper said that things are not working out for them for a long time.

While she explained that they both grew out of love, their relationship continued until Cardi filed for divorce recently.