Is Kaia Gerber still hung up on Cara Delevingne?

OK! magazine reported that Cindy Crawford's daughter couldn't move on from her co-model.

"This sucks for Kaia," a tipster told the publication. "She's still totally enchanted by Cara and hopes they can keep it going somehow, even if it's not exclusive anymore."

The magazine further claimed that the "Carnival Row" actress is also focused on plotting revenge on her ex-girlfriend, Ashley Benson, who is already dating rapper G-Eazy.

OK's source claimed that Gerber is only using Elordi to give Delevingne a taste of her own medicine but is still "secretly hoping they can still work things out."

Gossip Cop looked into the tabloid's claims and determined that the entire story is untrue.

"If Kaia Gerber is with Jacob Elordi, doesn't that mean she has moved on? And if Gerber is dating someone else, why would she be still 'hoping' things work out between her and Delevingne."

Previously, Gossip Cop has also debunked claims that Cara Delevingne and Kaia Gerber were lovers after being spotted at the BLM rally in Los Angeles.

In July, many publications claim that the models were a "hot new couple."

Heat magazine suggested that Cara Delevingne and Kaia Gerber "set tongues wagging that they're more than BFFs" and have been photographed holding hands. It led to speculation "that their friendship had blossomed into romance."

However, aside from Gossip Cop debunking the claims, Gerber's representative also said that there is no truth to that.

23-year-old Jacob Elordi and 19-year-old Kaia Gerber have finally become public with their romance as they were spotted on September 7 in New York City. 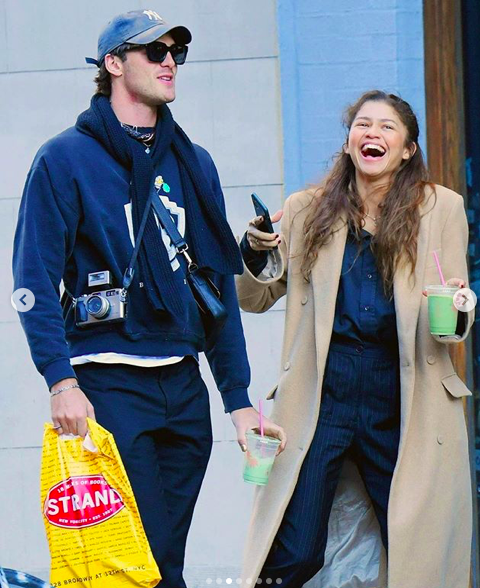 A source told Life & Style, "Everyone's excited about them dating, but there was one person who was left scratching her head."

The insider later revealed that Zendaya is confused about what's happening.

The "Euphoria" co-stars have been rumored to be dating after meeting on the HBO's hit series in 2019. While there was speculation that the pair have already broken up, the biggest question is, "Did Jacob dump Zendaya for Kaia?"

Friends of Zendaya and Elordi are said to be split.

"Jacob's pals swear he just moved on, while Zendaya's besties seem to think there was something fishy going on behind the scenes," the source added to Life & Style.

Though there's no exact timeline of when exactly Zendaya and Jacob Elordi have broken up, E! news reported a few days ago that he and Gerber have been "inseparable for the last several weeks."

"They've been going out to dinner and working out together during the day." 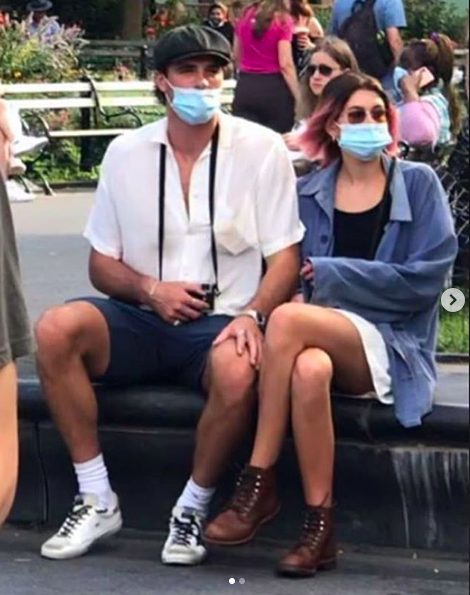 Fans also spotted that Elordi had a favorite spot to bring his girlfriends- the farmers market - where he previously also got Zendaya and co-"The Kissing Booth" star Joey King when they were still dating.

Another insider told E! news that Jacob Elordi is interested in dating Kaia Gerber. Still, the model insists that she's just keeping things "friendly" and "flirty" for now, and nothing too serious.

READ MORE: Miley Cyrus Reveals 'Faking It' In the Bedroom With Liam Hemsworth

People have been incredulous about Pete Davidson's alleged date with Kim Kardashian for days, but what's not to get? He's kinda the prototype for the new 'bad boy:' The 50s had greasers, the Y2k era had emo dudes in bands, and we've got whatever Pete's got going on.

Kaia Gerber has definitely moved on from Pete Davidson, as she showed the world she's happily in love with Jacob Elordi.

Kaia Gerber's Parents Could Divorce Because of Her and Brother Presley Gerber?

Kaia Gerber, Jacob Elordi Take Their Relationship to the Next Level

Kaia Gerber and Jacob Elordi are getting serious. This past weekend, the rumored couple has reached a new milestone in their budding relationship, which is vacationing with the parents.

FINALLY Jacob Elordi congratulates Zendaya on her Emmy win for Outstanding Lead Actress in a Drama.

It's over between Jacob Elordi and Zendaya because fans spotted the "Kissing Booth" star with Kaia Gerber just a few hours ago.

Did Cara Delevingne and Kaia Gerber just confirm that they're lovers? On Wednesday, the two made their status official by getting matching tattoos.

Though the 54-year-old mom-of-two has no problems with her daughter's sexual exploration, Cindy Crawford doesn't want Kaia Gerber to date Cara Delevingne.