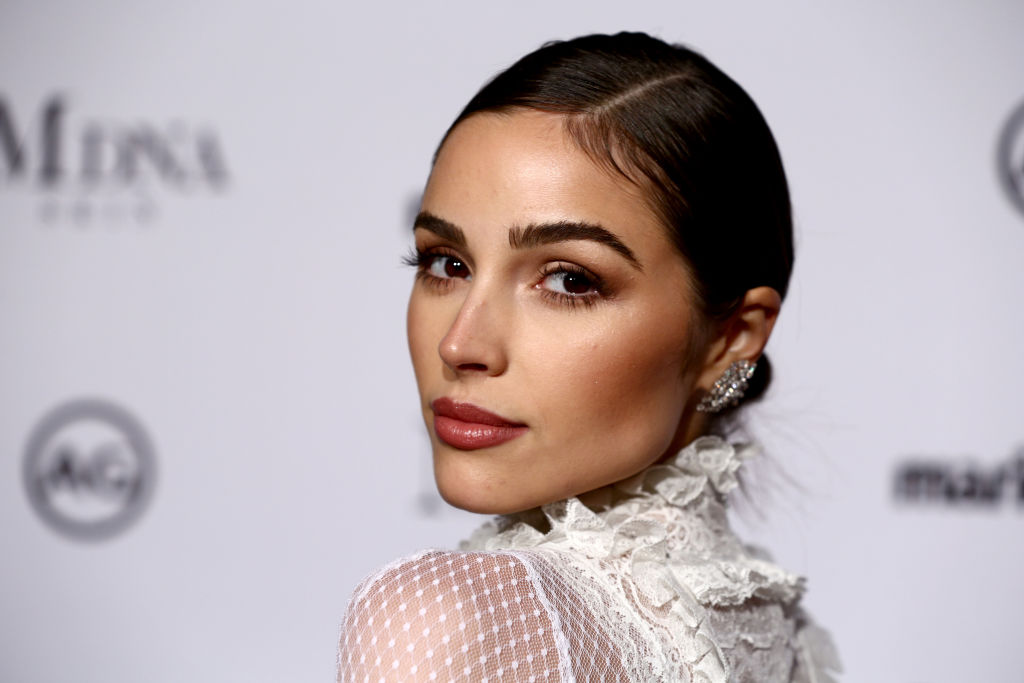 NFL star Christian McCaffrey is one lucky man, as he has a big and loving supporter in Olivia Culpo.

The Carolina Panthers running back will miss significant time in the 2020 season after suffering a high-ankle sprain during their match against the Tampa Bay Buccaneers. However, it seems he won't mind as he'll get to spend more time with the ever-beautiful Culpo.

In a news conference, the 24-year-old athlete said he is hopeful that he will recover and return to the game as soon as possible.

"They say four to six weeks, well, that's a challenge to me. Hopefully, I can get back a lot earlier than that, but I'm gonna attack this," the Panthers Rb shared.

Moreover, he also posted an emotional message on his Instagram, reminding everyone to have "faith" even in the darkest times.

View this post on Instagram
It’s easy to have faith when everything is going well. But a true soldier has faith in times of adversity. Tough times don’t last, tough people do. I pray for all of the guys who suffered injuries across the league for speedy recoveries, and I want to send my prayers and condolences to @sweetfeet and his family during this tragic time. #GodsPlan #KeepPounding A post shared by  Christian McCaffrey (@christianmccaffrey) on Sep 21, 2020 at 3:55pm PDT

"It's easy to have faith when everything is going well. But a true soldier has faith in times of adversity. Tough times don't last, tough people do," he wrote.

In addition, the NFL star prayed for the "speedy recovery" of his fellow players who suffered an injury during this season.

"I pray for all of the guys who suffered injuries across the league for speedy recoveries, and I want to send my prayers and condolences to @sweetfeet and his family during this tragic time."

McCaffrey's 1.4 million followers showed their support through the comment section, including Culpo.

The former Miss Universe simply commented "I love you" to McCaffrey's emotional post.

Prior to her boyfriend's injury, the 28-year-old model posted a series of throwback photos during their romantic vacation to kick off the football season.

"ITS GAME DAY!! lets goooo @christianmccaffrey," she wrote alongside a steamy snap of them while cuddling in the clear blue waters.

After being romantically linked back in May 2019, the couple is now inseparable and often posts milestones in their relationship.

"1 year with the lady @OliviaCulpo," McCaffrey shared on his IG story as the duo enjoyed a simple candlelit dinner.

In a previous interview, the Sports Illustrated model revealed that she was "hesitant" to date the NFL superstar.

Following a messy breakup with Detroit Lions wide receiver Danny Amendola, Culpo was unsure if dating another athlete was the "right move."

To recall, Amendola and Culpo called it quits in the fall of 2018 after the Lions wideout was seen making out with CBS sports reporter Bianca Peters in Miami.

"They were like, 'Olivia, there's this guy you really have to meet him.' And I was like, 'No, I'm not dating an athlete. I really just don't think that's the right move for me.' Bad history there. Let's just - turn."

Fortunately, things worked out between the two and they have been so much in love since then.

"We've been dating for over a year, and he's just really nice," Culpo mentioned.

During the onset of the global pandemic, the couple spent three months quarantining in Colorado with the NFL star's family.