Machine Gun Kelly revealed that it was love at first sight when he met Megan Fox.

The 30-year-old rapper appeared on "The Howard Stern Show" on Wednesday, where he talked about his album and confessions about his relationship with the actress.

"I didn't know what love was until me, and she made eye contact. That's when I was like, 'Whoa.'"

Fox and Kelly met each other on the set of their upcoming movie, "Midnight in the Switchgrass."

At that time, Fox was still married to her husband of ten years, Brian Austin Green. They recently just divorced weeks before the new flames were spotted packing on the PDA outside a Los Angeles restaurant.

Being in a relationship with the "Transformers" actress has provided a lot of firsts for Kelly. 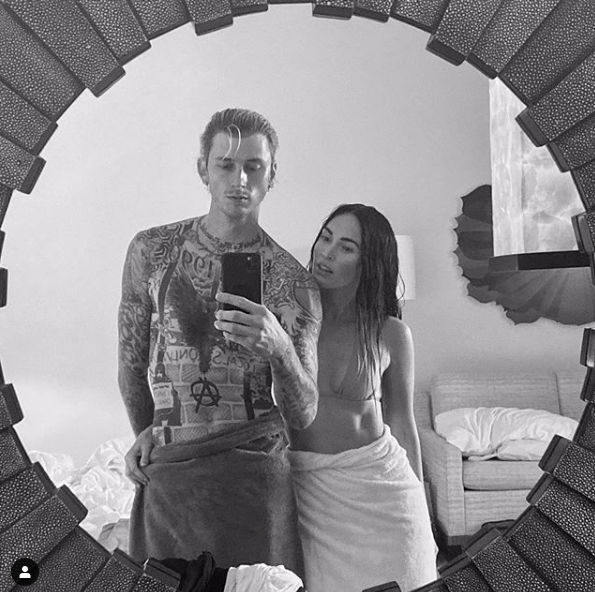 "After I made the big chunk of the album, I did fall in love for the first time," Richard Colson Baker, Kelly's real name, said.

"That was my first experience with being open to love and stuff like that. I definitely wasn't set up to believe that that's something that could ever exist."

Despite the love and happiness Fox and Kelly both feel within their relationship, the rapper added a downside.

Speaking of the constant media attention, he said, "Everyone knows where my house is, so it's like this odd moment, where I was kinda living my life supernormal, and the next day, there were paparazzi outside my house every day."

Elsewhere in his chat with Stern, he also talked about his friendship with "Saturday Night Live" comedian, Pete Davidson, who may become the best man in the Fox-Baker wedding.

When asked by the host if he would marry Megan Fox, Machine Gun Kelly said, "That's cool. Yeah, I'm down with that."

The host added, "And I think Pete's [Davidson] is going to be your best man. Am I correct?"

Machine Gun Kelly had said to have helped Davidson getting into rehab when he was in trouble.

The "Bloody Valentine" hitmaker described Davidson as a little brother and his friend since he didn't have siblings.

"You have the opportunity to live that dynamic of having a sibling because I was the only child," Kelly added, "So obviously to me, that's like a dream, you know, having a brother or sister or something like that. So Pete's like that for me."

Speaking of Davidson's engagement with Ariana Grande, he gushed about his brother from another mother.

He proceeded to praise Davidson's relationship, saying, "I remember when as the Ari thing happened, I just looked at Pete, and I was like, 'Man, the average American dude is very proud.'" 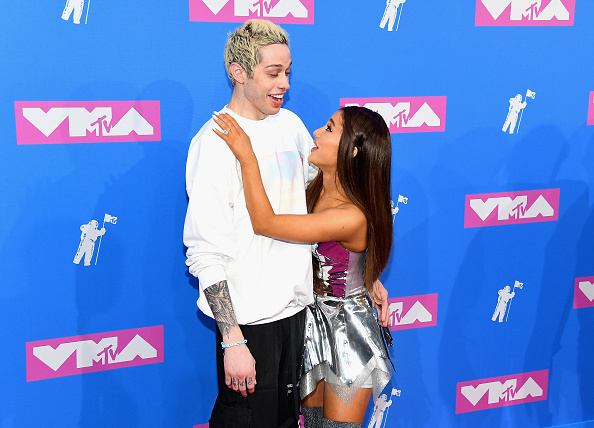 Kelly said that Davidson "was a symbol of hope" because he was just "one of the guys in the basement."

Ariana Grande and Pete Davidson first met on the set on "Saturday Night Live." On May 9, 2018, Grande and her then-boyfriend, Mac Miller, broke up.

On May 20, 2018, Davidson supported Grande at the Billboard Music Awards, just a few days after Grande's breakup and Davidson's breakup to Cazzie David.

Is Megan Fox the cause of Machine Gun Kelly and Conor McGregor's public scuffle at the 2021 MTV Video Music Awards?

Machine Gun Kelly and boxer Connor McGreggor got into a heated argument at the 2021 MTV Video Music Awards red carpet.

In a recent exclusive with CR Magazine, Megan Fox calls out cancel culture and performative wokeness, pointing out that not everyone is as enlightened as they seem to be.

Machine Gun Kelly Sued For Assault Again: Is Megan Fox Safe with Him?

Megan Fox and Machine Gun Kelly were seen together in Costa Rica, and it seems like the get-together did not go well.

Megan Fox, Machine Gun Kelly Getting Married? Proof That They Could Be Engaged!

Fans are convinced that Megan Fox is finally engaged to her boyfriend of seven months.

Brian Austin Green has found his silving lining this 2020 through Sharna Burgess.