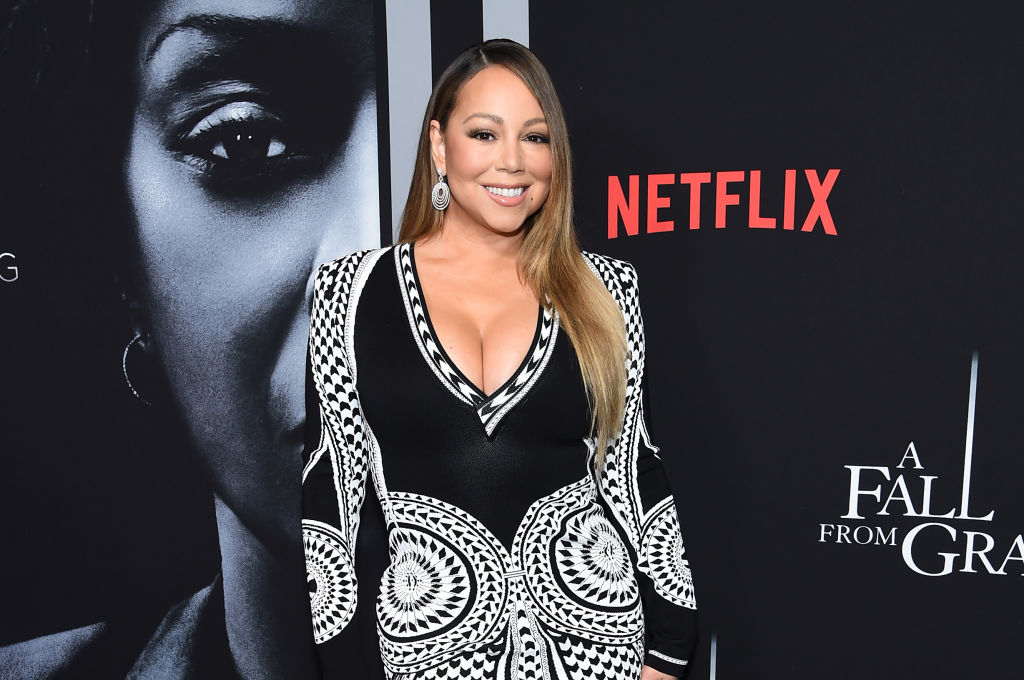 Mariah Carey, the unofficial Queen of Christmas, took to Twitter to say, "THANKSGIVING IS CANCELLED."

The good news is that the 55-year-old's Twitter account was not hacked when she posted that and many other all-caps tweets that seemed to be random.

One fan responded, "Baby, what's going on?" while another quipped, "Anti-colonial queen."

Perhaps her statement about Thanksgiving is canceled because of the coronavirus, and people can't get together to spend the holidays with their families.

Or perhaps she's just eager to put an end to the disastrous year of 2020. Or maybe even wants to fast forward to Christmas, also known as Mariah Carey's holiday.

However, her Thanksgiving tweet was followed with a few more tweets.

She posted, "THERE CAN BE MIRACLES," "CALAMITY AND DOG HAIR," "RESTING IN PIECES," "ONE SUMMER NIGHT, WE RAN FOR A WHILE."

Fans speculate that maybe these are song titles for her upcoming album, though the subject of some of these titles is just too bizarre.

A couple of hours later, Mariah Carey responded to the weird speculation, and fans were close to their guess.

Though they are titles, they are not titles for the songs on her album.

The "Always Be My Baby" hitmaker tweeted, "C'mon, I could never cancel Thanksgiving. I just wanted to share a few chapter titles from my memoir," along with a laughing-crying emoji.

"The Meaning of Mariah Carey" is her upcoming book on life and career and is due for a September 29, 2020 release.

In Carey's social media post announcing the book, she said that the memoir is composed of "memories, mishaps, struggles, survivals, and songs."

"Writing this memoir was incredibly hard, humbling, and healing. My sincere hope is that you are moved to a new understanding, not only about me but also about the resilience of the human spirit."

In August, Carey already predicted that "The Meaning of Mariah Carey" will upset many people.

Speaking to Vulture, she insists, "You know what? I'm sure I'm going to have to deal with many people being upset with me. I hope not."

The autobiography is expected to detail her impoverished childhood and her relationship with her "ex" siblings with Alison and Morgan.

The "Hero" hitmaker explained that her siblings had been "heartless" of dealing with her as a "human" for her entire life.

"I would never have spoken about my family at all had they not done it first," Mariah Carey said.

Speaking about healing rifts, she thinks, "I have forgiveness in my heart, and so I forgive them. But I am not trying to invite anybody to come to hang out over here."

"I think they're very broken. I feel sad for them," she concluded.

The book will also talk about her marriages to Tommy Mottola and Nick Cannon.

Mariah Carey doesn't care about writing Eminem. The pair reportedly had a relationship in the early 2000s.

She quips, "There are some songs that I can sing in response to that, but I will not do it. If somebody or something didn't pertain to the actual meaning of Mariah Carey, as is the title, then they aren't in the book."