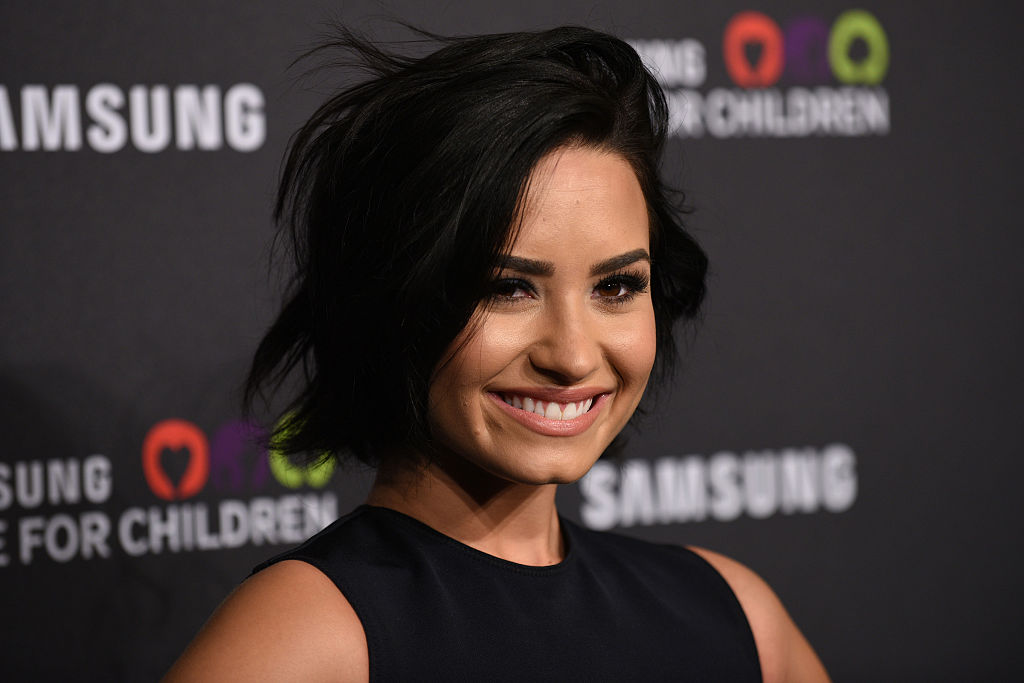 Demi Lovato shocked her fans after her two-month engagement with Max Ehrich came to an abrupt end.

Their whirlwind romance started in March, as they spent the quarantine together at the "Camp Rock" actress' house during the pandemic.

In less than a year into dating, the "Young and the Restless" actor popped the question in July with a Peter Marco emerald cut wedding band that cost between $2.5 million and $5 million.

On her Instagram, Demi put her love into words as she thanked her "jaw-droppingly gorgeous" fiance for loving her "unconditionally."

"I'm honored to accept your hand in marriage. I love you more than a caption could express, but I'm ecstatic to start a family and life with you. I love you forever my baby. My partner. Here's to our future!!!!" Demi wrote.

View this post on Instagram
When I was a little girl, my birth dad always called me his “little partner” - something that might’ve sounded strange without his southern cowboy like accent. To me it made perfect sense. And today that word makes perfect sense again but today I’m officially going to be someone else’s partner. @maxehrich - I knew I loved you the moment I met you. It was something I can’t describe to anyone who hasn’t experienced it firsthand but luckily you did too.. I’ve never felt so unconditionally loved by someone in my life (other than my parents) flaws and all. You never pressure me to be anything other than myself. And you make me want to be the best version of myself. I’m honored to accept your hand in marriage. I love you more than a caption could express but I’m ecstatic to start a family and life with you. I love you forever my baby. My partner. Here’s to our future!!!! ️ Ps. THANK YOU @angelokritikos FOR HIDING BEHIND ROCKS AND CAPTURING THE ENTIRE THING!!! I love you boo!!! A post shared by  Demi Lovato (@ddlovato) on Jul 22, 2020 at 10:46pm PDT

Unfortunately, their fairy tale romance ended after the couple called off their engagement to "focus on their respective careers."

Following their split, E! noted that Lovato and Ehrich's relationship had been in a downward spiral even weeks before Max left Los Angeles to film a project in Atlanta.

The Disney alum wanted to work things out between her and her fiance and insisted on being with him while shooting for his new film "Southern Gospel."

"They were arguing a lot, and Demi didn't want him to go without her," a source revealed to the outlet. "She ultimately traveled there to be with him then realized maybe she didn't trust his intentions with her."

Furthermore, the "Sorry Not Sorry" songstress reportedly felt some doubts about the 29-year-old actor and "didn't think he had good intentions."

At first, she tried to "ignore" and "turned a blind eye" to the red flags, but it came to a point that "she doesn't trust him and thinks he's sketchy," per the source of E! News.

Prior to their breakup, rumors sparked that her family and friends were suspicious and "hesitant" about their relationship.

"People close to Demi have expressed that they are worried and are hesitant about Max," the source furthered,

There were also rumors that her sister and bodyguard unfollowed him on social media, and at the same time, fans noticed that the couple failed to engage with each other's posts.

The Emmy-nominated former soap actor became the talk of the town after his highly publicized romance with the 28-year-old actress.

#MaxEhrichIsOverParty became trending on social media after a Twitter user, who goes by name @onlyforeverddl, accused him of being a "clout chaser" and using Lovato for fame.

Shortly after this, the "Give Your Heart a Break" singer dismissed the rumors as she called the receipts "fake" and "doctor."

Now, it appears that Demi Lovato is chiming in with others, as a second source revealed that the former Disney star "feels he proposed to get attention," per E!

Her doubts intensified when her mother, Diana De La Garza, "warned" her about his fiance and expressed her though that it's "best" for the actress to call off the wedding "sooner than later."