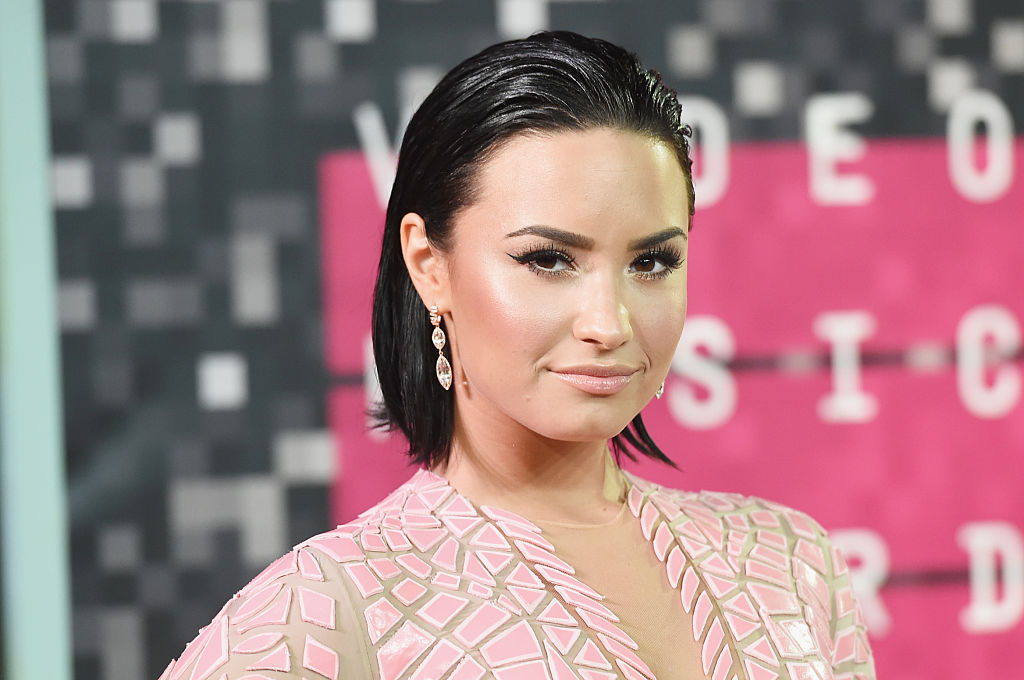 Demi Lovato is presently dealing with some breakup drama. After announcing she's engaged to Max Ehrich two months back, fans were shocked to find out that they have now broken up.

What's weirder is that Max is claiming he did not even know their relationship is over. He is also posting all sorts of messages on social media for the public to see, repeating over and again how much he loves Demi and wants her back.

Sources had it that Demi is now worried and upset about Ehrich's erratic behavior, which makes her more likely to stay away from him.

It remains unclear what truly happened to cause the split and why one side seems blindsided, but one thing is for sure: Max's messages of love, support and request for forgiveness are NOT helping. He looks like a toxic person as a result, someone who cannot accept an ex's decision.

This is hardly the first time Demi's love life has been colored with a toxic relationship, though. Below are three more guys in Lovato's life that somehow ended in a toxic manner, no matter how good it was at first.

Who does not know Joe Jonas and Demi Lovato dated and entered into a relationship? They starred in "Camp Rock" and their chemistry is certainly like no other. But young love can be fickle...and fast.

As women, young and old, pined for Joe  and his two brothers back around 2010, lives were certainly forever changed when Demi confirmed that yes, she and Jonas were together.

That was in March 2010. In June 2010, when Teen Vogue published a joint cover of them, the two have already broken up even before the magazine hit the stands.

Weirdly enough, just a week before sources said the two have broken up, Demi even gushed to Us Weekly about Jonas.

She said he was her "first serious relationship."

"He knows me better than I know myself, and I know him better than he knows himself," she shared.

One can call this a non-toxic relationship since they are young, so it was natural to change minds so fast. But still, that must have been a whirlwind ride.

This is the guy everyone thought Demi would marry. You cannot blame us since they actually dated for six whole years. They were on and off, but whose relationship did not have ups and downs anyway? Unfortunately, they split up in 2016 for good.

"I think it was love at first sight. We connected on a level that I've never connected with anybody before. He was just my rock, my everything," Demi said at the time. She even added that in her lowest of lows, with people judging her cycles of drug use, rehab, and relapse, he was there.

"People told him, 'You should probably leave. She's on a spiral, and you're going to be sucked down with it.' But he was like, 'I'm not leaving. This is somebody I really care about," Demi shared to Cosmopolitan magazine.

Like Jonas, there was no official reason why she and Wilmer split. AND Like Jonas, Demi remained friends with Wilmer. Demi congratulated Jonas when he proposed to Turner in 2017. Then, Wilmer actually visited Lovato when she overdosed in 2018, and she's happy for him when he got engaged earlier this 2020.

Demi Lovato and Austin Wilson also dated for a while, but they ended up deleting photos of each other on their respective Instagram accounts. Like Joe and Wilmer, Demi does not have any bad blood towards Wilson.

A fan tried to bash him for breaking up with Lovato, and the actress was quick to defend him.

These are only three, but she dated so many more -- all of which lasted only for a few months before she broke up with them and wished her exes well once more. It's as if she cannot hate any of them, but does not want them around either.

Earlier this year, before her engagement announcement, she said it's important to cut toxicity from her life and people who do not deserve to be there.

It can also be remembered that before Jonas, she also dated Miley Cyrus' brother, Trace Cyrus. But she was too young then and Cyrus was just so eccentric it was not surprising they could not make it work.

We thought Max Ehrich is finally the one, but we are wrong... but she deserves to choose who can make her truly happy of course.