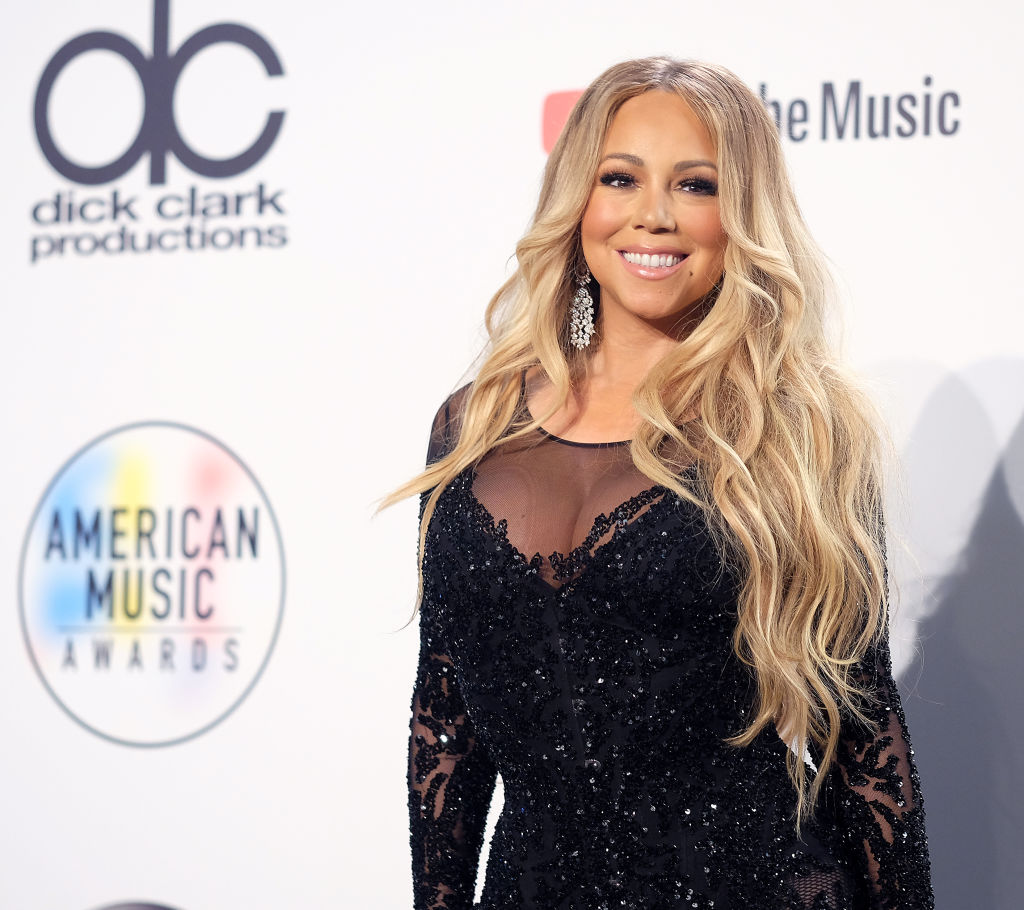 People are getting excited to get their copies of "The Meaning of Mariah Carey."

The book promises to dive deeper into the award-winning singer's life, who burst onto the charts with her self-titled album in 1990.

All these years, "Little Mariah" is kept insider her. She is the one whose voice shines through in some of the lyrics of her songs.

Over the years, she hadn't told her story. This memoir will allow her to share shocking revelations of some of her earliest memories.

Aside from her book, which is released today, she'll also be dropping a new album called "The Rarities," a collection of her previously unreleased songs.

Here are five of the juiciest bits of Mariah Carey's life.

The 50-year-old writes in "The Meaning of Mariah Carey" that her brother, Morgan, was violent and abusive.

At one point, a six-year-old Mimi had to call the cops after her older brother was physically violent towards their mom.

"Choking in tears, I did my best to calmly tell her, 'My brother really hurt my mother, and I'm home alone. Please come help."

"One of the cops, looking down at me but speaking to another cop beside him, said, 'If this kid makes it, it'll be a miracle.' And that night, I became less of a kid and more of a miracle."

By the time she was a toddler, Carey had developed the "instincts" to sense when violence was coming.

According to Carey, one of her mom's lovers threatened to murder her and her mom to leave him.

She explained that the man held a shotgun in one of his hands while pleading to the pair, "'  I'm not going to let you guys go. I'm going to chop you up and put you in the refrigerator and make you guys stay here.'"

Thankfully, the "Through the Rain" singer fled the scene with her mom in tow as they got into her car.

3. Drugged and 'pimp' by her sister

At the age of 12, her older sister Alison reportedly drugged her younger sister and gave Carey to her sister's boyfriend.

"John put his arm around me. My body went stiff. My eyes were fixed on his gun. John pushed in closer and forced a hard kiss on me. I was nauseous and scared; I felt immobilized."

Thankfully, an older man was looking directly inside John's car, and she was able to escape.

4. Christmas was a sad time

We all know Mariah Carey is the unofficial queen of Christmas.

Despite all her family drama, she was able to maintain her love for the holiday.

Each year, her family would find a way to ruin Christmas, which is why she imaginary created her own Christmas with "Santa Claus, reindeer, snowmen, and all the bells and trimmings a little girl's dreams could hold."

5. Keeping a "to-go" back during her first year of marriage

Mariah Carey's first husband, Tommy Mottola, who was 21 years her senior and Sony president, was controlling and abusive.

He wooed the "Butterfly" hitmaker with teddy bears and persuaded her to marry him.

In case she needed to make a quick escape from him, she always kept a "to go" bag under her bed that was filled with her essentials.

When Mottola held a butter knife to her face and dragged it down her cheek, Carey knew that it was time for herself to escape the hellhole.

Bonus: Michelle Obama first knew she was having twins

While performing a "Christmas in Washington" special in front of the Obama family, Mariah Carey listened to her then-husband's advice that the FLOTUS should be the first to know their secret.

"I seized the moment and whispered in her ear that I was having twins. After I sang 'One Child,' Michelle Obama, our forever historic First Lady, became the first to know we had two children."