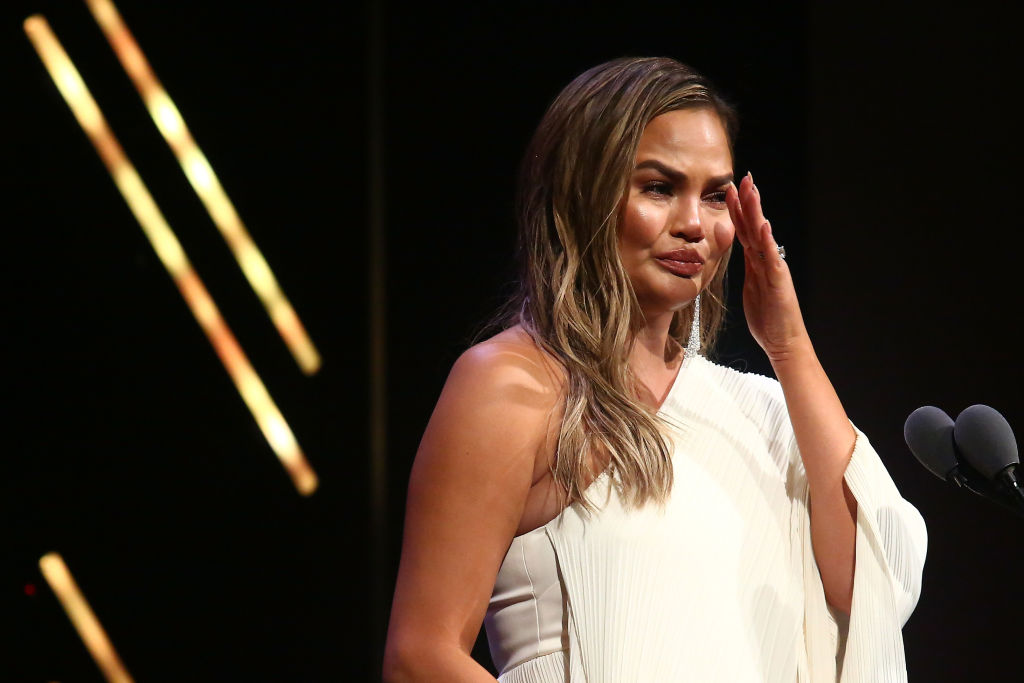 The former Sports Illustrated model, who is recently hospitalized because of several bleeding, revealed that she underwent two blood transfusions.

On Instagram, the TV personality updated her 31.3 million followers as she shared a photo of a blood transfusion guide given to patients.

In a series of clips, the "Lip Sync Battle" host explained that she felt "odd" with the blood transfusion and mentioned that it "sounds so much more dramatic than it is."

″I kinda feel like I definitely have somebody else inside me right now, which is an odd feeling to have. I had my first blood transfusion, which sounds so much more dramatic than it is. It's just like an IV, except it's not fluids, it's human blood," Teigen said while lying on her bed at the Cedars-Sinai Medical Center in Los Angeles.

Moreover, she said that she had antihistamine "just in case" she experienced any allergic reaction from the procedure.

"I had Benadryl just in case I have an allergic reaction to blood, which just made me think, 'Oh, whose blood is this? There are so many people out there who would be so mad that they got my blood, like some hardcore MAGA person."

The 34-year-old former model appears to be doing okay, as she later shared a video of her eating ice cream, candies and chocolate pudding.

Over the weekend, Chrissy Teigen was rushed to the hospital after suffering from excessive bleeding for nearly a month.

She shared on her IG Story that the doctors advised her to observe total bed rest, given that her pregnancy is considered high risk.

Moreover, the soon-to-be mother of three revealed that she had to go to the hospital after her condition got worse.

"But I was always, always bleeding. I'm about, like, halfway through pregnancy, and the blood has been going on for like a month. Maybe a little bit less than a month. We're talking about more than your period, girls. It's definitely not spotting. A lot of people spot, and it's usually fine. Mine was a lot," she furthered.

On a lighter note, the cookbook author, who is halfway through her pregnancy, also updated her fans regarding her growing baby boy.

She mentioned that their baby number three "is so healthy" and "growing stronger than" than her two kids, Luna and Miles, despite her condition.

Last month, Teigen and her husband announced that they are expecting their third child together. The famous couple made the surprising baby reveal through the singer's latest music video, "Wild."