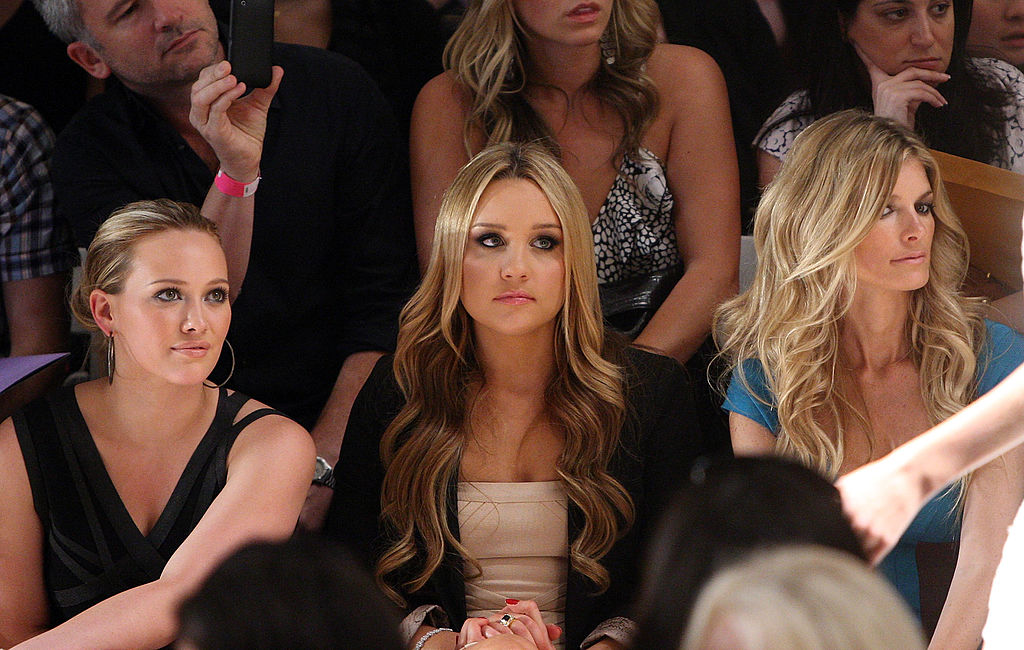 To show off her new theme, Amanda Bynes has made a remarkable return to Instagram.

She returned with a fresh look to the social networking site nearly three months after the 34-year-old actress since wiping all her previous images on Instagram profile and rebranded it as" Matte Black Online Shop!"

Bynes threw a grin at the display, sporting clear-brimmed lenses, a yellow and black flannel top, and distressed jeans. Her black hair was mostly drawn back, and a pierced nose and a black heart-shaped mark on her cheek were both rockings. Amanda turned off the comment section on the post and did not include a caption, but with her latest look, we're sure fans are here!

The troubled star's name on the social media site prompted people to think that she might have something in the works regarding her modeling career. Since her fiancé, Paul Michael, uploaded a pic of the two on his Instagram account last month, Amanda's jet black hair was first revealed to the public. "Baby luv luv u," he captioned the sweet pic of the pair.

What happened to her?

Since confirming her engagement to Paul Michael, she made headlines earlier this year. Since Amanda first revealed him to the world during an Instagram video published in February, the pair have been going strong. She apologised for her previous volatile conduct in the same movie, including making controversial remarks about Hitler, claiming that Chris Brown had defeated Rihanna "because she wasn't good enough," and stating that on social networking sites she still followed "beautiful people."

Her sobriety was also addressed during a November 2018 interview with Paper magazine, where she opened up about her specific opioid abuse problems.  In March, however, Michael told In Touch that the pair had separated. In a declaration that the actor was seeking mental health care the same month, a spokesperson for Bynes told Fox News.

"Any reports that Amanda is suffering from drug or alcohol addiction issues are completely false," lawyer David A. Esquibias said.

The lawyer added: "We ask for privacy during this time, and for any speculation about her personal life from the public and the media to cease so Amanda can focus on getting better."

Bynes had written and removed a pregnancy update just one day ago, featuring an ultrasound with her name on it.