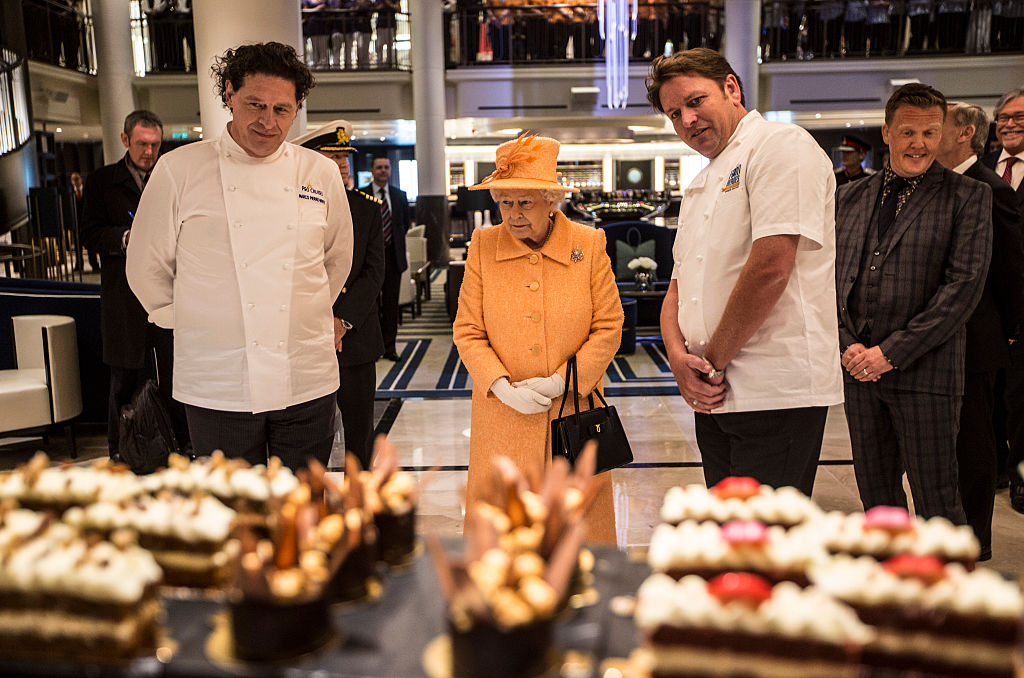 After being exposed to 'vile remarks' from bullies online, James Martin has announced he is leaving social media.

The bashers came after his sold-out online show, which was meant to encourage fans to prepare three courses at home and faced technical difficulties.

Customers who charged £35 ($45) a ticket, though, protested about the feed freeze and the disruption of their device connections.

What did James mention?

On Sunday, the TV chef, 48, went to Instagram to apologize to fans who had seen his online display the night before, plagued by technological glitches and resulting in some reports.

By apologizing to his fans for the issues during the simulated cooking tutorial, he started a post, which saw him attempt and shows them how to prepare a three-course dinner.

James, who hosts Saturday Morning with James Martin and features daily on This Site, clarified the problem in his Instagram account.

"I would like to apologize for this, and I will be chasing up with Live Nation, the production company, IT team and all the people they hired, to find out the problem," he began.

He noticed some of the comments posted online about the cook last night and the rage towards him considering the technical difficulties the production team had.

"Having said that, this is small comfort to some of you online who are quite rightly angry at me," James continued.

He promised he's going to talk to the team tomorrow. James explained he had nothing to do on the IT side and "know nothing about it." Hence, he's going to get all the problems addressed and sorted as soon as he could.

James said he "felt bad" the other team didn't coordinate with his team to do this for the Saturday broadcast. He added everything went all out of my control, as you would guess.'

"To the rest of you who had a good night, thank you but due to the large amount of vile comments posted directly towards me, this will be my last post," he said.

James said he will be taking a break from posting personally and all social media for the foreseeable future.

The chef ended his declaration with an image of the landscape during the sunny day, contrasted with his sad message.

View this post on Instagram
Having seen some of the comments posted online regarding last night’s cook along and the anger towards me given the technical issues that the production team were having, I would like to apologise again for this and I will be chasing up with Live Nation, the production company, IT team and all the people they hired, to find out the problem. Having said that, this is small comfort to some of you online who are quite rightly angry at me. I promise I will be speaking to them tomorrow, I wasn’t involved in the IT side of things and know little about it but I will get all the issues raised and sorted as much as I possibly can immediately. It’s unfortunate they didn’t use my team that makes the Saturday show to do this but, as you can imagine, it was all out of my hands. To the rest of you who had a good night, thank you but due to the large amount of vile comments posted directly towards me, this will be my last post as I will be taking a break from posting personally and all social media for the foreseeable future A post shared by  James Martin (@jamesmartinchef) on Oct 4, 2020 at 6:19am PDT

Fans reacted to his decision

One fan responded to his article by posting messages of support: "I'm so sad to hear this, James. You're my favorite TV host."

Another fan would be "missing" James' updates too much. The follower said James' posts radiate positivity in these gloomy days. He also reminded the chef to look for rainbows while it's pouring.

One follower said James "is lovely and sincere for what he does to the people that were vile to James." The follower said the online bashers "feel superior" since they "harm" everyone.

One member also urged the bashers to refrain from the hate speech. The fan explained James is just doing his work.

Another fan urged James to "look after" his own stuff because his fans would always welcome him.

LONDON, ENGLAND - MARCH 10: Queen Elizabeth II looks at cakes and sweets on the patisserie counter on board the new P&O cruise liner 'Britannia' with chefs Marco Pierre White (left) and James Martin (Right) during a tour of the ship at the official naming ceremony of 'Britannia' the new flagship P&O fleet at Ocean Cruise Terminal on March 10, 2015 in Southampton, England. Britannia will carry over 3647 passengers and at 141,000 tons she will boost P&O's cruise ship capacity by 24%. (Photo by Richard Pohle - WPA Pool /Getty Images)